Chasing Sunk Costs Will Kill You 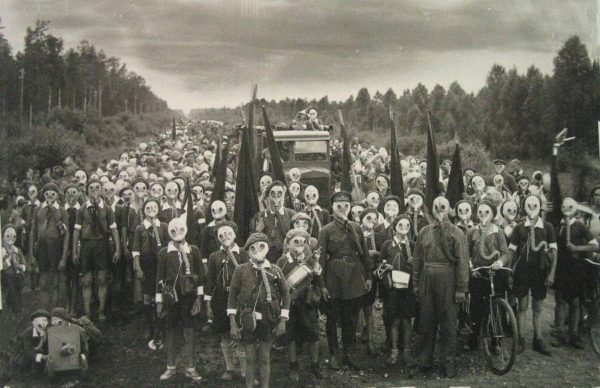 There are good things in life. Baseball and humor rank amongst them. Combine them both; and you are on to something. Watch below.

The reason that humor makes us laugh is that it reveals truth. Some things are just gone, daddy gone. Poof, dunzo. See ya’ but I wouldn’t wanna beeya! And that brings us to the topic of sunk costs.

Sunk costs in economics are the investments you’ve made in the past that are no longer recoverable. Once you’ve paid to buy gear or build a building, at least some portion of that investment is unrecoverable. Like the $2,000 drop in value you get when you buy a car and drive it off the lot, that money is gone forever.

So what do? Win, lose or draw; you write that sucker off and move on down the line. Conservatives, Neo-Reactionary Conservatives in particular, have a weakness here. Let the past inspire you. Don’t live there. The Reagan Presidency was a nice break from the blight. Bush_Clinton_Bush_Obama did for Amerika what the Barracks Emperors did for The Roman Empire. President Trump needs to break the Globalist trend. That said, Trump isn’t and can’t be The Zombie Reagan.

For one thing, the current year isn’t 1981. We are now a different society. We are further on the track to globalist demotism. Demographics increasingly chart our destiny. We see our nation’s IQ drop fractional points every year. The new Amerikans are not traditional stock Americans. Our influx of immigration has been dysgenic, not eugenic. This has forced Donald Trump to pursue a 180-degree apositional policy on immigration from Ronald Reagan.

We have a vastly different economy in Amerika than we had in 1981 America. Our industrial base and major urban areas have declined precipitously after the Bush_Clinton_Bush_Obama reign of deliberate and not-so-condign neglect. Hence, Donald Trump takes a 180-degree apositional position on big foreign trade agreements. Our tax code is a horrendous gallimauphry of exceptions, lies and gimmedats. Donald Trump therefore told his SecTres to figure the blasted tax code out and simplify it before it can even be cut. The last time any legitimately helpful work was done on Federal taxation was the 1986 Tax Reform Act. Clinton and Bush II have both badly adulterated* it since.

We can make the comparisons all day. This not just aimed at tearing down Ronald Reagan. Donald Trump couldn’t be Grover Cleveland either. He has to play the cards in front of them. Opposing Donald Trump, particularly from the right; for not being Eisenhower, Reagan, Coolidge or any other prior GOP President, is self-defeating.

In closing, Neo-Reactionaries can either own the past or be owned by it. One way to differentiate between the two states is to see how they handle sunk costs. If we expect a nominally conservative president to behave like Zombie Reagan, we are chasing investments that Reagan made in policy based on the state of the world nearly forty years ago. We chase sunk costs. In so ding, the right will sink along with them. The past is a guide; not a suicide pact.

* — As if Bill Clinton would do otherwise…