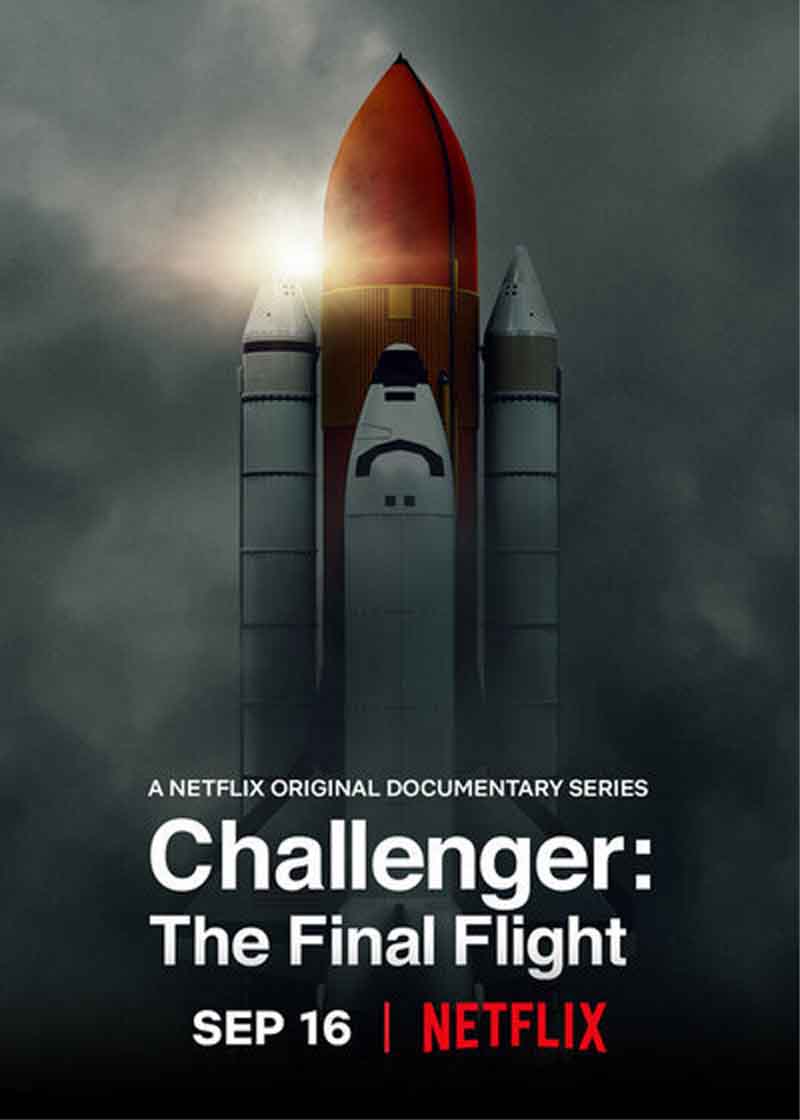 Either Leftist documentaries somehow remain unaware of what they convey, or the Leftist hold on filmmaking is eroding. Most likely the former is true, in which case this well-made documentary should serve up a pointed lesson on how blind democracy makes us to reality.

Cut from interviews spliced with film footage from the era of the event, Challenger: The Final Flight avoids the sin of most documentaries, which is droning on with lengthy and repetitive statements. Instead, this tightly-cut documentary hits a few points and moves on.

Split into four segments, it covers the tragedy itself, then the backstory, and finally, the effects of the space shuttle launch on January 28, 1986, when flight 51L detonated seventy-three seconds into its quest for space, killing all seven crewmembers and stunning an America which thought itself competent.

While it was a puzzler at a time, the first round of interviews show us the grim truth: NASA wanted a success, and was willing to push hard and overlook risks in order to achieve it. Hindsight is twenty-twenty, however, and dozens such problems threaten just about any spaceflight.

This film proves interesting instead for its analysis of America. It begins its look into the tragedy by investigating the backdrop of NASA, showing how it served two masters in addition to the infinite sky: political correctness and the need to secure its own budget by constant headline-grabbing events.

That in turn shows us the long fallout of Sputnik, the satellite launched in the early 1950s by the Soviet Union. To America, the space race was important as long as it ranked us ahead of our competition, and so NASA had to demonstrate successes and symbolic political events in order to retain funding.

In addition, the effects of diversity showed themselves in the steady migration of the cutting-edge people of the past decades away from NASA as it became more diverse. Flight 51L carried an Asian, a Black, a Slavic woman, a Jew, two white guys, and a schoolteacher. It was designed to show how diverse America was beating that evil, intolerant Soviet Union (DR3 in action).

Through that symbolic victory, it carried forth the mythos of America as reforged during the Civil War, World Wars, and Civil Rights era: a place of tolerance and universal inclusion. We had to make the diversity spacecraft work, so a small problem of shrinking O-rings sealing the booster rockets was ignored.

Perhaps the most interesting moments in this documentary arrive when it shows us the limits of engineer thinking. Technically, the engineers were correct when they said that there was no correlation between temperature and O-ring fragility; however, they suffered from a false negative here, since the correlation existed but was drowned out by other factors which also weakened the sealing rings.

When the engineers and managers in this program say “there was no correlation,” they express a literal truth that misses the big picture: in reality, patterns cause failures, and the pattern here was something weakening the rubber rings, whether temperature or something else, causing leakage which could eventually lead to detonation of the groundbreaking and dangerous solid-fuel booster rockets.

However, no one could act on this because our society had become robotic and inflexible, based upon “accountability” which means that if you screw up, they fire you, so no one makes radical decisions. People cared more about advancing careers than doing a really excellent job.

That showed a difference between the 1969 space program and the 1986 space agency. The Challenger explosion may have shown us the high-water mark of American culture, dragged down by its own reliance on bureaucracy, accountability, careerism, and other aspects of a system.

Interestingly, much of Challenger: The Final Flight focuses on diversity and how NASA re-imagined itself from top to bottom in order to accommodate it, and how this brought in a new breed, not just of minorities, but of White people. Gone were the White test pilots, and in came the nerds and politicians.

The filmmakers came as close as they could to saying that the dual masters — proving to democracy that it was worth funding, and defeating the Soviet Union with diversity — effectively wrecked NASA and created a toxic culture where people ignored problems so that public relations victories could keep occurring.

For many of us, the Challenger explosion represented the failing of all that we know to be “American.” Our can-do attitude was based on getting things done right, but when we looked at NASA and Morton Thiokol (the contractor who made the solid propellant rocket) all we saw were bureaucrat-managers advancing their own careers by doing whatever made higher-ups happy, in this case the media, the propaganda agents, the Congress, and of course, the voters, who would otherwise have forgotten NASA in the duration between paychecks.

Perhaps that was the warning for which we paid with seven innocent lives: that democracy, like Communism, eventually reached a point of complexity where the System became more important than the reality, and so everything ground down into mediocrity, since the System rewards obedience and image, not being effective.

Like most competent documentaries, this one unleashes more questions that it answers. It runs a bit long on emotion in the second two episodes, but otherwise, keeps itself compelling with tight editing and a fact-driven narrative.