Celebrating the Anniversary of Nothing 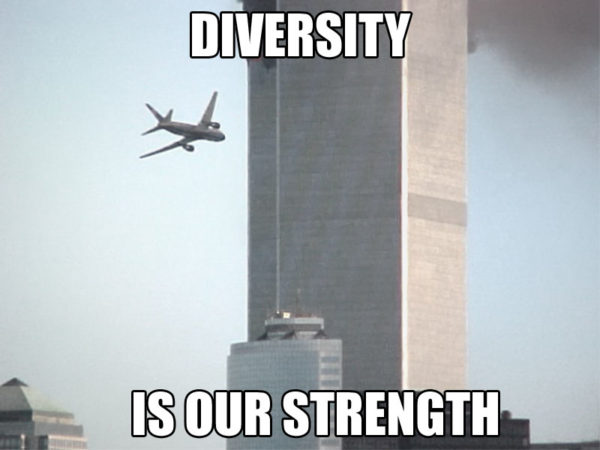 Sixteen years ago, nineteen guerrillas flew planes into two large buildings, effectively crashing the American economy, in the most successful terrorist attack the world has ever seen. We are told to never forget, to unite as a people, to come together despite our racial and ethnic differences, because we are united in our admiration of… Amerika!

If we filter out the television and social media noise, push aside the flag-waving and “muh freedom” nonsense, we can see this event was simple: a democracy finally pushed too hard to spread its cognitive virus to other people, and created for itself a real enemy that it could not subdue with its technology.

Al-Qaeda were competent. Both Osama bin Laden and Ayman Al-Zawahiri are intelligent men, and they planned an attack which would devastate the bungling Americans who as usual in peaceful, had become sloppy and slothful with their awareness of threats. Too many careerists, on the government dime for twenty-five years to then retire and “double dip,” getting two pensions by going to another service, and too few actual thinkers blighted American security services.

The democratic bully finally got a new enemy, and the attacks revealed just how disconnected America had become. Foreigners could infiltrate, get flight experience and openly plan a terrible attack without the “free society” catching a clue. Democracy’s response was to double down on flag-waving and “we are all one” type propaganda.

In fact, the Americans went out of their way to demonstrate that this was a war on terrorism, not Islam, although it was more properly a war on Islamic terrorists, who are generally the ones who have been blowing stuff up over the past fifty years. Remember Leon Klinghoffer? He was an elderly American Jew in a wheelchair that Hezbollah executed. Very few remember him now, or the other victims.

After a brief surge of “God Bless America,” the real America… what has morphed into Amerika… revealed itself: a nation of 400 million people with no relationship to each other outside of dependency on a System which, comprised of equal parts libertarian capitalism and soft totalitarian socialism, has atrophied culture and the strong founding group which guided this country for centuries.

This system reflected an ideology dying without a host, having strangled its Anglo and then mystery meat “white” hosts, and so the quest in the years after 9/11 were to extend the “magic dirt” or “proposition nation” theory by inviting in even more third world people, and using propaganda and bribes to subdue them into “Americans” who follow our Constitution, consumer lifestyle and television-watching habits. 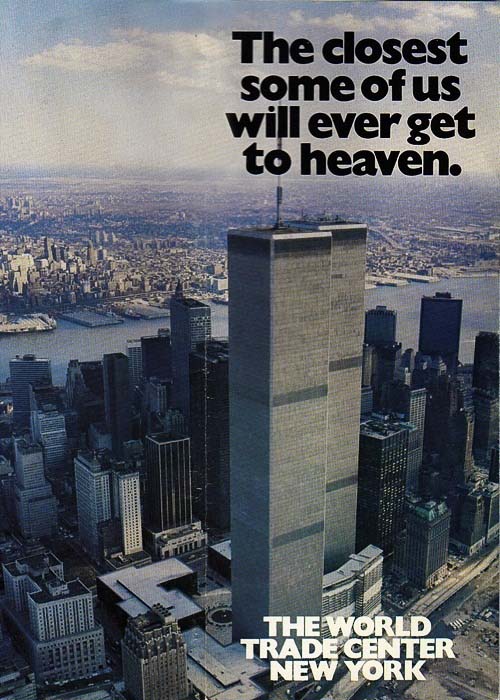 During the 1990s, the remaining people capable of stringing together a coherent thought dropped out entirely. Insanity won with the Clintons, and then George W. Bush continued it, trying to put a conservative spin on a fundamentally Leftist brew of WWII-era democracy propaganda, FDR-style socialist benefits statism, and a replacement religion of individualism and “progressive” virtue symbolism.

The 2000s were a reprise of the 1960s through the filter of the 1980s: we were striving for Civil Rights for all, using democracy, but this time we were waging a global war on terror at the same time we were enforcing globalism, or the standardization of the world into a Fukuyaman “end of history” society based in liberal democracy, Leftist beliefs and usury-based economics.

9/11 may have been pivotal because of those who were not represented in the celebration of patriotism it inspired. These were people who saw that the hybrid of libertarian socialism was increasingly resembling the Soviet state, where an angry mob crushed those who failed to follow its egalitarian mania. People dropped out to avoid the inevitable crash.

As we commemorate this non-anniversary, a populist movement has risen based on realism, not ideology. Following Samuel Huntington and his “clash of civilizations,” this movement recognizes that it is inherent and organic factors which make a society, not ideology. They are turning their backs on ideology entirely, and becoming concerned with what works and what works best as measured by results and not popularity. This is the realism of the new millennium.

We realize that the Soviet-like global Leftist empire is a path to death. We see that our nations are fundamentally changed, and anything that was beautiful, good, wholesome, honest, brave, proud, decent, intelligent, sane, healthy, excellent and reverent was being replaced with a mob of angry blue-haired obesity victims and insatiable minorities.

We are starting to comprehend that modernity itself — the era based on individualism, expressed in equality and enforced by the mob — is entirely evil. It is an empire of death (EOD) which wants to conquer our souls, replacing hope and optimism with obedience. And we did it to ourselves by chasing the impossible dream of diversity.

Al-Qaeda, on the other hand, was ahead of us. They saw that a sexually promiscuous, mixed-race, Leftist republic would weaken itself to the point of collapse, and hoped to push us over the line. Since GWB leaned left but also launched the war to outlast all wars, they may have gotten their wish.

Allahu ackbar, and to all a good night.

Reductionism | The Performance of a Lifetime