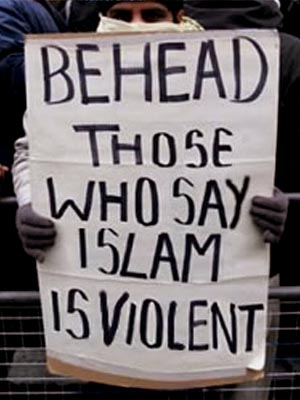 People think in binary terms: would I want this? Would other people want this?

It doesn’t occur to them that beneath this rigid, conformist and authoritarian yes / no view, there’s another angle.

That angle is want.

We have at this blog long championed the conservative position that life is a struggle for moral, intellectual and spiritual clarity. Few people get very far on that path. Most people remain selfish, easily manipulated, confused and directionless.

What they “want” is usually to be promised something impossible, lied to when it fails, and then for a scapegoat to produce itself for a little bit of the ol’ ultra-violence.

This is the opposite of what you hear in the press, which is a reliance on externalized authorities. Blame the leaders. Blame the corporations. Blame poverty for criminality. If there’s a revolution, it just “went bad” because some evil person stole it away.

Except that what most people don’t realize is that history expresses patterns, and these patterns repeat themselves, making almost all of our human disasters predictable and avoidable.

That means the fault lies on The People.

Bad leaders deceive, but they do this by promising things that appeal to the greed, vengeance, resentment, powerlust, megalomania and fears of ordinary people. Without those people to elect or approve the selection of the bad leader, that manipulator is powerless. We the people gave them the power.

Bad corporations pollute, destroy economies, and churn out wasteful products. They do this by knowing that (a) there’s an audience just clueless enough to buy them and (b) the community won’t oppose them. Without clueless consumers and a community that just shrugs and says “oh well,” bad corporations don’t exist.

Bad people — thieves, perverts, rapists and abusers — proliferate because no one stands up to them. If the first kid to vandalize a car on a block goes directly to jail, everyone calms down. If one little old lady phones in to the cops each time something suspicious happens, crime plummets.

Instead, there’s a lot of shrugging and casting the blame around. “It’s poverty,” says one woman. “It makes them do it.” Translation: I don’t want to get involved.

Even ardent Communists who graduate from Harvard insist that Stalin was not a logical result of the Russian revolution. He took over and perverted it, corrupted it. But what part of “power vacuum” and a political climate where killing your adversaries is de rigeur does not foster a Stalin?

Even now, we’re seeing the world shocked — shocked, I tell you! — that history is repeating itself:

There was a moment Friday in the Egyptian capital when the peopleâ€™s vaunted uprising brought to mind Tehran in 1979: Just when the left-wing secularists thought they had ousted the Shah, the Islamists ousted them.

Hundreds of thousands of ultra-religious Islamists packed this capitalâ€™s central Tahrir Square in an unprecedented show of support for the creation of an Islamic republic, rather than the planned unity demonstration in collaboration with secularists. In doing so, they drove a stake through the heart of a united revolutionary movement that had brought together Egyptian Islamists and secularists, Muslims and Christians, and shared the goal of democratic elections and the punishment of the corrupt regime of Hosni Mubarak. – Effete News

Gosh, who could have predicted this?

Let’s oust the strongman and then everything will turn out magical.

Wait, why did we have a strongman in the first place?

Could it be that our country’s a total mess, and inhabited by several fanatical groups (not just Islamists), and that these forced us to have a strong tyrant to keep everyone in line?

Then we ousted that tyrant, and made it clear power was up for grabs, and suddenly our coalition fell apart. I guess “we hate the strongman” wasn’t a political party after all.

Efforts by insurgents to topple Muammar Gaddafi are in disarray after a senior Libyan opposition figure admitted that rebel soldiers were responsible for the murder of their most senior army commander.

The transitional government’s oil minister said that General Abdel Fatah Younis had been shot dead by Islamist-linked militia within the anti-Gaddafi forces, provoking fears of future unrest and instability among those fighting the old regime. The revelation will raise doubts over the wisdom of the British government’s decision last week officially to recognise the rebel transitional government, declaring that it had proved its democratic credentials.

Only a day later, the bullet-riddled and burnt bodies of Younis and two of his aides were found dumped on the outskirts of Benghazi, the rebel capital.

Labour’s former defence secretary Bob Ainsworth said that the murder and the identities of the killers were evidence that the government had not thought through its policy in Libya.

You have to wonder what they were thinking. Did no one there read history? Had no one there graduated from a political science degree?

Right now, in the West, pluralism is also de rigeur. Pluralism is the idea that we can have a society where no one has anything in common.

The central concept of pluralism is tolerance, which is that if my neighbor follows a path that would obliterate my own, we smile and nod and agree to “tolerate” each other.

While we both plot to obliterate the other through passive means, or by waiting for “tolerance” to come to an end.

The fact is that in a pluralist system, anyone with any beliefs or culture is doomed, because the society advances on the lowest common denominator. An LCD is universal, or compatible with everything else.

This means that instead of having a bright tapestry of many different colors, after a few generations you have a dull grey sheen of everything smashed down to the average.

Norway, after all, has some of the toughest and most restrictive immigration policies in Europe. Its refugee process is unusually strict too.

As a result, even after 40 years of immigration driven by a booming oil economy’s labour shortages, barely more than 10 per cent of its population are immigrants or their descendents â€“ and the majority of those are Swedes, people from Baltic countries, Poles or other Nordics, most of them indistinguishable from the native population. Members of visible minorities are few, mostly clustered in the capital.

Even Norway’s Muslims, mostly Pakistani or Somali and considered well-integrated by European standards, did not consider these rising voices of intolerance a major threat. Not until last Friday, at least.

â€œWe knew that there were anti-Muslim movements, but not to this degree. We always thought that they would keep to their argument that there were too many Muslims,â€ says Kadra Yusuf, a Norwegian of Somali descent whose activism had been directed against religious conservatives in the mosques of Oslo, notably in the fight against female genital mutilation. – Effete News

The Western news media — that is: people who couldn’t make it into the professions, so decided to seize power through popular notions instead — still doesn’t get it.

This isn’t about Muslims. In fact, most anti-Islamists are not hostile to Islam or Muslims.

This is about diversity (or “multiculturalism,” for the technical term) not working.

That in turn is an example of pluralism not working.

The point is that society needs to have a unifying agreement and culture, or it becomes a giant shopping mall where people wander around like zombies because no knowledge, purpose, identity or customs are passed down between the generations. These are the gray people and anyone with an IQ over 92 does not want to be one.

Religion, philosophy, science and art can help explicate that culture and make it evolve to be a better form of what it is. It doesn’t need to become universal in some perverse sense of morality that insists we must all be equal or we will all burn in hell.

The fact is that pluralism is intolerant of one idea: anti-pluralism.

The thought that any person might say, “You know, I’d like a Nordic Norway” — or a Christian Norway, a Norwegian Norway or even a conservative Norway — sends the pluralists into spasms of anger and fear. This challenges their idea that a universal morality exists that can be applied in every nation.

The pluralists have made up this “universal” morality as a way of opposing anything that opposes pluralism. They have as a result become intolerant of anything but pluralism. This is the way we do it around here. Get with the program or you’re an ignorant jerk.

And that is an honest cause for war.

The masculine and the feminine | Helpless