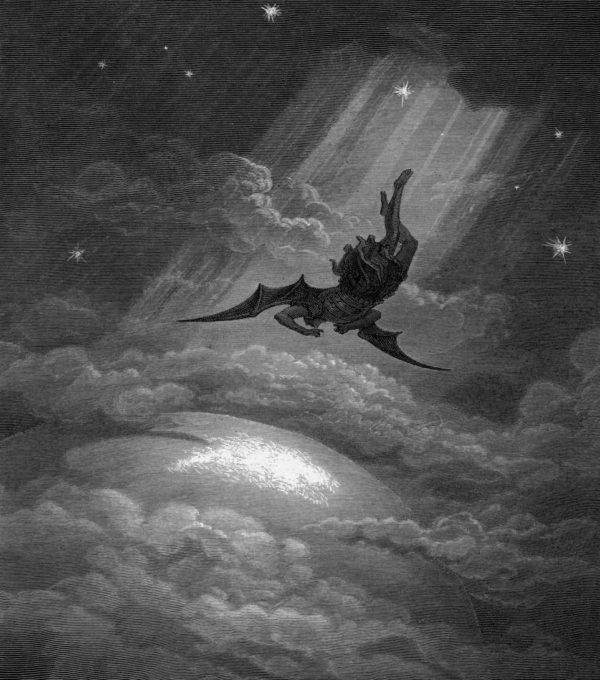 The last year has been a blur of activity for those on the Right. Liberal Democracy and Leftism finally piled enough shackles on the ruins of Western Civilization that it went straight into free-fall. Other than a few obedient cucks, everyone is living an uncertain, Soviet-style existence. Dissent grows.

To keep up, we should revisit all of the realizations that brought you to the point of being anti-modern, or having adopted a viewpoint other than the equality/materialism/control needle offered by the moderns. Take a deep breath, and let us revisit the situation.

Imagine yourself the apostate angel of a dying god. You carry on the original beliefs of that god, but he has forsaken them or given up on them. As a result, unlike the usual rebel angel, you are a rebel angel for philosophical reasons and yet, in fire, you are cast from Heaven and find yourself falling…

The first thing you notice is that there is a separation between what people say and what they do. Everything feels like a salesjob at some point, because you meet people who brag about their families, work, and hobbies and then, when you get to know them, you find out that they have made a mountain out of a molehill. Nothing is as cool as it is presented as being.

This leads you to wonder why people so adamantly assert that they are happy and content. You start to see a second layer to society, where underneath the advertising, politics and social talk, there is a vast darkness growing. People lie to make themselves look good, but in doing so, they reveal that things are far from well.

After that you may notice how people spend their time. Their activities are designed for public consumption, or in other words, for other people to look at and think how this activity reflects the perfect life, like a still photo from an advertisement or a scene from a movie.

At that point, you realize that you have been had. This entire civilization is a salesjob, which means that something is being concealed, because every successful sale involves a lower-value object being sold at higher prices.

Even more, you start to see the insanity of democracy. Problems arise, and panic results, until someone suggests an “alternative problem” to focus on instead of the actual problem. Everything that is public is distraction, but in private, people tell you their fears.

Quickly you start to see the public sphere as entirely performative, or in other words, gesturing at an idea removed from its actual agenda. All is deception. You become cold, and clutch your coat close to you, but you realize you are outnumbered.

At this point, you start to distrust altruism, acceptance, tolerance and philanthropy because you see that people act in self-interest, and the best way to disguise that is to hide it behind a publicly signaled intention toward “niceness.”

You distrust any public statement because there is a private motivation behind each one. IN an egalitarian society, everyone is competing to rise above the rest, because “equal” now means mediocre, forgotten and impoverished.

When you accept equality as a workable ideal, everything in this society makes sense. Once you realize that equality is a lie that also produces bad results, you have been cast out of the light of social acceptability. You know this is a dying time.

You can no longer trust democracy; it is the triumph of salesmen, manipulating vast herds of selfish neurotic people, over sanity. You cannot trust any public statements because they are designed to conceal, not reveal.

It is also hard for you to trust media, science and academia because you realize that each person in these fields is telling other people what they want to hear in order to advance himself. The same is true in business and explains the large amount of non-productive and unnecessary activity.

You then start to look more critically at movies, books and music. All of these are playing the same game: the profit comes from a product that tells most people what they want to hear but hides that fact behind novelty and symbol.

Now you find yourself in a world without culture or truth.

So now your knowledge becomes practical. You see how sexual liberation has made people faithless and destroyed the family. You see how diversity is designed to genetically erase the founding population and replace them with compliant customer-voters.

You see how the basis of an egalitarian society, which is manipulating masses or “control,” has led to terrible results and turns people into dependents who externalize their thinking to the herd. You feel the fear and instability in the crowd.

It is impossible to support any aspect of this society because its core assumptions are bad. This means it has to go. But how to replace it, and be sure that one is digging deep enough to get the root?

When the root is equality, it is a long dig indeed. 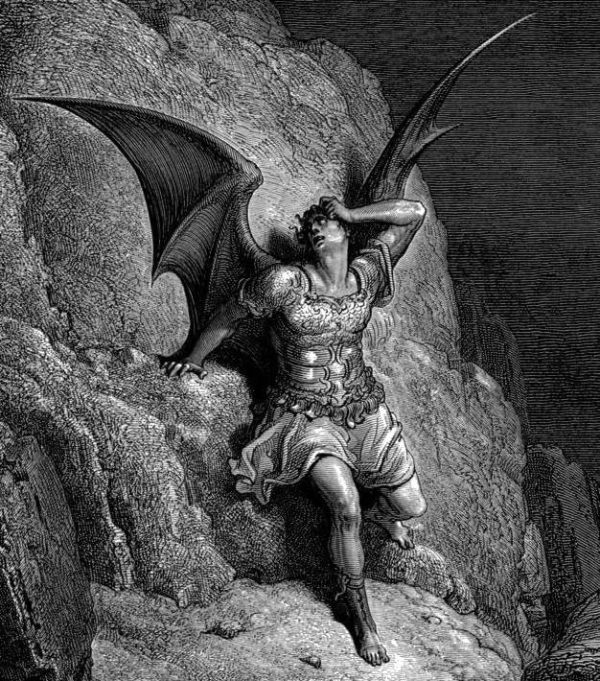 To Reign In Hell

At this point, you have become an interesting apostate. You believe in the ideal of your god, but that god has fallen, and so now you are “evil” in a time when “good” is evil. All is inverted and nothing is trustworthy.

This leads you to understand that to dig deep, you do not need to dig at all. Our problem is that our purpose was lost, and our system of values serves that purpose so has been corrupted as well. We must find that purpose again.

You know that until that happens, all that you do will be for naught. If you do good, it will be put into the service of evil; if you do evil, it furthers evil by increasing chaos. The only solution is to go another direction.

This direction cannot be linearly opposed to our erroneous assumptions. The solution to equality being a disaster is not to embrace inequality as a goal in itself, but to realize why inequality produces better results, and to aim for the principle that recognizes better results over worse ones.

You are totally apostate. Totally alone. You oppose democracy, diversity, and are starting to see how the entire system is designed to support those who are delusional in endorsing these things. It resembles organized crime or a scam to you now.

You see how even the people attempting to do good are lost because they are busy being focused on what they dislike, without having a plan for another direction. As a result, they become a mirror image of what they hate.

It also becomes clear how the vast majority of people are like drug addicts or zombies, going through the motions of what worked in the past and the symbols that made people happy, but mostly hellbent on remaining in denial and comfortable oblivion.

In your heart, you want it all to burn; in your logical mind, you realize that if you can just re-direct us toward a better purpose, natural competition and streamlining will remove most of the corruption. But so few people understand, and so many are insane.

It becomes clear to you now how ancient societies failed. Everyone said what everyone else seemed to like, and so these societies agreed on unrealistic ideas as their basis, and then followed those ideas in a death spiral into the grave.

You can now see the core principle of escaping modernity. People do what others like, or what is profitable. This is the inversion of how a sane person does things, which is to choose what is right — realistic, good, beautiful and true — and do it so that doing right then becomes profitable.

There is no escape from this living hell. There is only triumph, or watching it all finally vanish in slow oblivion, eroded biologically and philosophically until nothing remains but a giant cubicle farm / shopping mall filled with soulless beige people.

Now you are ready to face what will come.

Anti-Darwinism Is The Basis Of Leftism | Retroactive Continuity