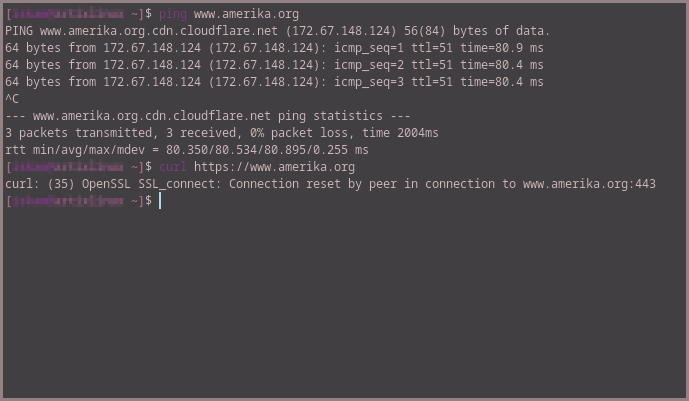 According to some of our Russian readers, the new Iron Curtain has gone up and it is keeping Amerika.org out of the former Soviet territory of Russia. Possibly, it is simply our name, since America and its orthodox Leftist diversity Xenophile Occupation Government (XOG) are not popular around there now.

In any case, this makes a good time to clarify some Russia policy: most people look for some in international politics that they can style as enemies and scapegoat, but realism says that all other groups will conquer you if they can and have a perceived need, where what is perceived ranges from fully sane to fully insane depending on the group in question.

Russia is not our enemy, nor are they our friend; America, while not an enemy, is under control by XOG and has been since we imported Irish diversity in the early 1800s (big screwup). However, Russia is allied with China, which means that they have announced enmity to America.

This is unfortunate for those of us working to make America less DEDS (democratic, egalitarian, diverse, and “market” socialist). In the long term, America would be happiest as a WASP ethno-monarchy where culture took the place of government and economics for the most part.

A Eurasian identity Russia, which means bringing the Romanovs or equivalent back and getting off the socialist needle, would be able to stand on its own and essential be neutral since, if self-sufficient, it would no longer be threatened by the West or Asia except militarily.

Given a lack of major Western incursions except after the Revolution, this would provide the best possible option for the Russians. Perhaps they should also consider relocating Moscow to further in the heart of the country, but their biggest threat is internal in any case.

Since the days of the Tsars, Russia has never been able to produce a functional economy. Formed of escaped peasants from France and Germany who took Asian, Turkic, Jewish, and Arab wives periodically, Russia has always been a peasant nation, but higher organization has thwarted it.

Then again, if most of its people returned to homesteading and depended on government for very little, as was the case under the Tsars, it could at least be functional, even if not the great military power that the Soviet Union once was.

Vladimir Putin gained a peace dividend of thirty years and ruled the country well up until this point. Signs of economic difficulty always bring war, since the tendency is to mobilize the people of a country through militarization against an enemy, achieving unity and stimulating the economy.

Most likely, his war in Ukraine confronts the fact that Russia has been unable to make a prosperous economy, but the Soviet Union and Stalin still poll highly among Russians. Therefore, revanchist war to recapture former Soviet territories like Georgia, Ukraine, and the Baltics seems popular.

In the long run, Putin is damaging his own legacy of building up Russia by unifying the world against it. Biden, the classic passive-aggressive victimhood/scapegoat-based narcissistic Leftist persona, refused to manage the situation and cunningly let it become a crisis instead.

This, much like American conduct in the past two world wars, gives America an advantage: it does not fight directly, at least until the final days when the die is cast, and it builds up its economy by destroying those of others.

As Russia tries to rally the BRICS (Brazil, Russia, India, China, and South Africa) around it, it has formed a “third world posse” which will take second-tier economies out of the first world trade orbit. This in turn will stabilize them internally but doom them to permanent economic irrelevance.

While most Americans wish Joe Biden would get magically transported to another planet (oxygen optional) we also recognize that we cannot run to foreign powers in the hope of having them fix our problem. Instead, we must as our ancestors did overthrow a tyrannical government and replace it.

We are sorry to see our Russian readers go, but we hope that after this conflict they can rejoin us. We do not encourage them to use VPNs or archive sites to work around the blockade because this could cause them legal problems in the increasingly unstable and thus inevitably repressive Russian regime.

However, we do encourage them to urge Mr Putin on to a path that will allow him to retire at some point as one of the heroes of history who built up his people instead of using them as tools for his own grandiosity, which would also distinguish him from the Bidens, Obamas, and Clintons that currently blight the democratic world.

Two Visions of Satan | Where the 14A Steers Us Wrong