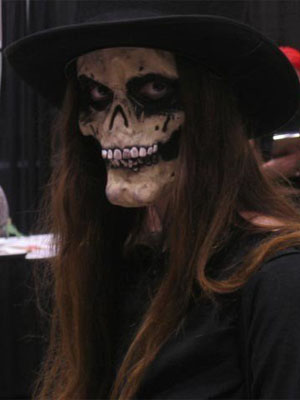 Want to hear a business proposition? It’s OK, keep on doing what you’re doing, just hear me out.

Every few millennia I come around because I can tell my services are needed. It’s a certain smell in the air, like autumn or the singed scent of worn brake pads. That right there is the smell of a civilization going down the tubes of entropy.

Most of the people around you are not going to catch on to this because they are busy imitating the events gone by. Think about it: you want to succeed, you do what the other guy did that got him famous. Except that what in the past.

When you add up all the details, and look at where everything’s heading, you see a civilization out of control. There’s no stop valve. There’s not even a direction. Just people reacting to each other, each trying to get as much power and money as he can to get out of the game. It’s like a big lottery but everyone loses because civilization collapses.

This is where I come in. There’s a huge business opportunity awaiting in starting a new civilization. Don’t bother trying to save this one; it made its choices. You and every other person who still has a functional brain — you’re maybe 10%-20% of the population — wants a society that doesn’t make these same mistakes.

You’re going to need to seize some land, but that’s not a problem, see, because your money is still worth something now, before society turns sour. I’ll help you get the land and design a new society. We’ll make some rules so that the same problems don’t come up.

Every dying civilization is permissive and has no rules other than the obvious. What we do is take some behaviors off the menu so that the new civilization is cheaper and more stable. I suggest promiscuous sex, drug use and drink, and pure consumerism. Get rid of the movie theaters and fast food. The more you take, the safer people will feel.

This happens every few millennia because there’s opportunity in a new civilization. When the old one is dead, people want a better life. That’s the same reason they make fire, or invent steam engines and make soap. They get better lives through more social order and advancing technology. The two go hand-in-hand.

Only the top sliver of people by intelligence and character are going to be interested. This is what always happens: a civilization starts, gets fat and lazy and breeds a ton of useless parasitic and predatory people.

They drown that civilization, and it heads toward death. I help a group break away and they start up a new civilization. Because they’re from the top people of the old, the average citizen in this new civilization is way smarter than the best of those from the old. The new civilization thrives, and often re-invades the older civilization and re-colonizes it. This explains human evolution, if you think about it. A small group breaks away, gets smarter, and then re-seeds the old.

The opportunity is simple. A dying civilization is a leech. It takes all your money in taxes and wastes it on idiots, then destroys its own best hopes, cancels its space program, etc. My offer is that you pay less for more. You just have to give up the decadence and the idea that everyone has a place. This civilization is going to be opt-in. That’s your quality control: get only the people who have figured it out already, that your old civilization is a dead man walking and they need a new one.

My fee is a nominal 6% of your yearly revenues for the first ten years after you turn a profit. Then I’m gone. I’ve got a handy spaceship — over drinks some time I’ll tell you about human origins, what a hoot — and I’ll go visit some other planet that needs help. Hey, it’s a living.

But right now the question is whether you’re ready to sign or not. Look at all the details around you, and add them up. How long do you think this place has? Would you give up your decadence to start out ahead? It’s your choice. Take your time — I’ve got all afternoon.