Building a Right-Wing Cultural Wave Through Music, Art and Literature 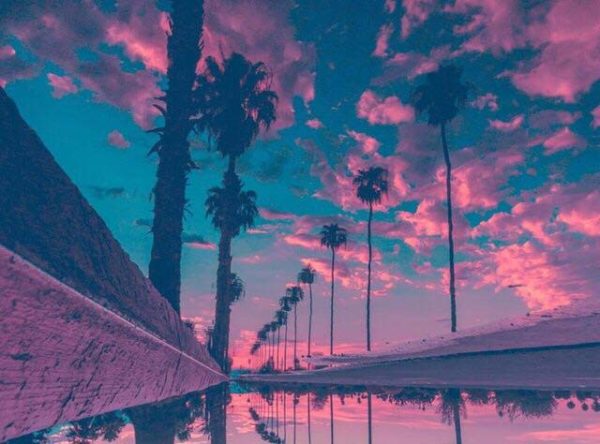 It all started with one simple question:

Can a Right-wing indie band to rise to an international level, using only alternative media for promotion while ignoring the mainstream media, and by doing this use the Left’s “cultural wave” tactics to advance a Right-wing sea change in the West?

When we released our first album 100 Faces roughly a year ago in August 2016, the answer to that question quickly became essential to us. After political discrimination from Swedish regime radio and Â¡NAZI! accusations from a local newspaper, we decided to try.

On April 7, the same day as the latest Stockholm terror attack, we declared an all-out culture war against the ruling classes, and released our second studio album, Dissidentica, containing songs such as “Payback Day” and “Spirit of America,” both of which has reached a fairly wide audience in both Sweden and the US.

Music paved the way for the far left in the 1960s. Their ideas were mostly shallow combinations of rampaging covert-capitalism, blaring communist slogans, scapegoating and the bored minds of well-off middle class youths occupied with first world problems such as how to get a clean conscience. But they knew how to use music to achieve their goals.

This is a fundamental difference compared to the Right. Right wingers are often surprisingly ignorant when it comes to the power of music. It seems most Right wingers are waiting for that big pop star to come out as a Trump-supporter, and hoping that this celebrity status that will suddenly change the attitudes towards conservatism among people. That is but a dream which will never come true until there already is a big Right-wing music market, complete with festivals, fans and music magazines.

There are, however, many small right wing bands that already play great music. The far left knew how to use them in the 1960s; they were not waiting for Elvis to suddenly pop out of the box and say, “Hey, I love Lenin!â€ Instead, they supported the small bands that were playing, and made them big. As a matter of fact, we believe that the main reason why there is no big right wing band with worldwide recognition, is that the right wing has yet to discover that artists such as Bogme, My Eclectic Self, Rotten Copper and Brandon Duncan, all of whom happen to be Americans, are more than just great artists. They are some of the Right wing’s best units in the culture war.

The problem is that these vital bands are peeling potatoes because somehow the culture army doesnâ€™t seem to find any use for them, and send out divisions of academic writers armed with 3,000 word articles instead, units that are well-equipped to win the information war, but never the culture war. In the meantime, the enemy is using all his best units, the pop stars, the rock stars, the rap stars, every day. We actually find it quite amazing that some people still wonder why the Right wing has not won the culture war yet. To be honest, the Right wing has not even started to mobilize!

Therefore, as an answer to our initial question: yes, it is possible for an indie band to rise to an international level, using only alternative media for promotion while ignoring the MSM, thereby strengthening the Right wing movement as a whole and weakening the Left wing. We (the Right) are not there yet, but we (Lilou & John and other small Right-wing bands) are working hard in that direction.

We hope that this article will help more people to realize the potential that lies in the new right wing music and the importance of supporting the bands that dare to challenge the left wing. Brandon Duncan, the mastermind behind Nerve War, commented on the Right-wing music scene on music site Belzebubbles earlier this year:

Honestly, I havenâ€™t heard much of it, besides yours, Megadeth, and maybe some country music artists. It seems like the entire music, movie and arts world is dominated by people who are on the left side of the political spectrum. So I guess what I think of it, is that there needs to be more of it, across all genres and forms of entertainment. Until there is, the left will continue to
“win” the “culture war.”

As to our band, we have contacted Swedish alternative podcasts, blogs, think tanks, news papers and news sites for interviews and reviews. In just a few months we have seen a dramatic change in attitude as more and more alternative media are writing and talking about us. A highly popular citizen journalist channel, Granskning Sverige, has even started to use the chorus from “Payback Day” in their broadcasts, and a major news site Fria Tider, perhaps the Swedish equivalent to Breitbart News in size, published a very positive review of our second album just before summer.

The same thing is slowly happening in the US, as right wing activists from all over America are contacting us, especially after we released the “Payback Day” music video on YouTube. Our next album will probably go in a punk direction, and we strongly believe that the concept of “Conservative Punk” will set an example of how to attack the enemy culture fortifications instead of constantly being upset because of the Left-wing assaults.