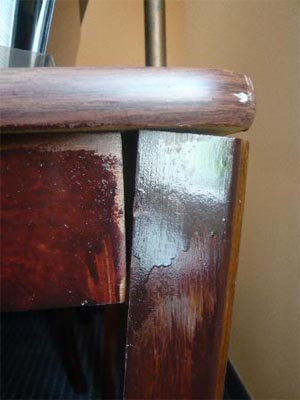 Civilizations are like bodies. Some force holds them together and keeps them alive. When it begins to depart, the body prepares to die as well.

The life-force that animates bodies is still unknown to us and to science. We can guess at it and describe its methods, but we do not know its origin or full cause. We know more about civilizations.

We know that when they start out, they have a kind of common sense, values held in common, and some kind of reverent or religious spirit that is shared by most of the population. When about a fifth of this population (per Jonathan Haidt) ceases to believe, the society begins to fragment and die.

As this process goes on, it goes through many permutations. First, it is outrage against abuses; next, a demand for equality; finally, resentment of those who have anything more than the minimum. The society eats itself from within like a cancer.

A dying society of this type is like a three-legged table. Once having four legs, the table is now broken, but it will still stand — sort of. When you put any weight on the side with the missing leg, it falls over.

People in this dying society are accustomed to gaming the system in order to succeed. That is, instead of focusing on results, they focus on the appearance of results, which is enough to make people check off the box marked “mission accomplished” and pass the buck.

When you as a person trapped in a dying society walk up to the table, and put something on it, you’re going to have to put that object on the sides which have working legs, toward the edge. However, there’s no room there anymore — everyone else has put their objects there.

Instead, you’re going to make your first attempts by putting your object on the weak side. The broken table will promptly fall over. You will then say, “This table appears to be broken.” That is the signal for the vultures to attack.

Each of these vultures will be thinking the same thing: if I make this guy (or gal) look stupid, and defend my interest and that of my friends in doing so, people are going to think I’m a good person. They attack with hatred and bile.

They will tell you: “This table isn’t broken. You’re just doing it wrong.”

Even though all evidence is to the contrary, they will insist that the table has four legs. Or that despite having four sides, it should only have three legs. They may even get postmodern and insist that it must have three legs to avoid even numbers which imply justifications for totalitarianism.

The comedy will be ripe for the aliens watching from orbit. I imagine them in one of their ridiculously advanced spacecraft, looking down at this puny world of wretched internal combustion engines. Prof. Xzyyvlortxcyz says, “Class, observe this late-life civilization which has not overcome its own inertia.”

Then he fast-forwards through time a little bit to show the students what’s left in two thousand years, which is exactly what was there two million years ago: a few hominids bashing each other with rocks, getting eaten by tigers, and crouching fearfully in caves at night. The end result of “progress.”

Back here on earth, we still struggle with schizophrenia. The public says the table is fine; we know from experience that it is broken. If we say that out loud, we get beaten by the crowd, called insane and tossed out of our jobs.

In the meantime, whether the table is broken or not, what’s clear is that we cannot use it to its full potential. It can only carry maybe a fourth of the weight it once did. This, too, causes problems and those, too, cannot be spoken of.

As a result, while fixing the leg is probably not as hard as we think it is, from fear of social consequences, we avoid even entertaining the possibility.

From this totalitarianism of social judgment, we shrink in fear, and so our society keeps lumping along with a broken table. Things just get worse and worse as the dysfunction spreads as we try to shift the burden and the blame. Eventually, it all falls apart entirely.

But even with this in mind, no one wants to be the first to say the table is broken. That’s akin to self-sacrifice. And in a time of lies in a dying civilization, the last thing you want to do is die for a lost cause.

Passive genocide | Philosophy — is it useful?