Boeing Doesn’t Do Offices By The River 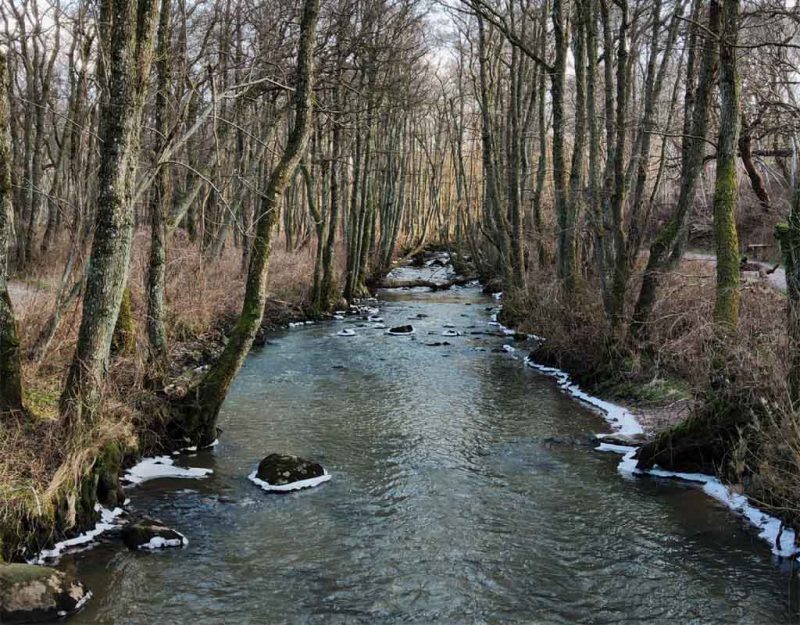 In his novel Rising Sun Michael Crichton describes what happens in Japan when a corporation needs someone to take the blame. That person is assigned an “Office By The River.” This involves a nice room, a beautiful secretary, and a pleasant view.

However, their new assignment comes with a caveat. That individual will never make an impactful corporate decision again. Japan does this so that the failed individual given the office by the river doesn’t face disgrace and have to go forth and disembowel himself in a grisly, ritualistic manner. Boeing can be more forthright while still retaining a shred of euphemism.

Boeing’s 737 jet program manager Eric Lindblad is retiring after nearly a year on the job, according to a company memo reviewed by CNBC on Thursday. The 34-year Boeing executive’s retirement comes as the company copes with the fallout of two crashes that killed 346 people. Its 737 Max jet has been grounded since mid-March.

In Amerika, we don’t do offices by the river. Nobody would have to kill oneself otherwise. We go somewhat Old Testament in this situation and designate a scapegoat.

“Aaron shall koffer the bull as a sin offering for himself and shall lmake atonement for himself and for his house. 7 Then he shall take the two goats and set them before the Lord at the entrance of the tent of meeting. 8 And Aaron shall cast lots over the two goats, one lot for the Lord and the other lot for Azazel.1 9 And Aaron shall present the goat on which the lot fell for the Lord and use it as a sin offering, 10 but the goat on which the lot fell for Azazel shall be presented alive before the Lord to make atonement over it, that it may be sent away into the wilderness to Azazel.

Lindblad, you Old Cock-Knocker, you get to be the goat. Not in the Tom Brady or Mariano Rivera sense either. You’re career just got sent forth into the wastes.

Eric has made an impact on countless employees and has led some of the biggest bets of our business. And, he has done it through a lens of doing what’s right and continuing to ensure our relentless focus on safety and quality. I have admired Eric’s resolve and drive, and we are grateful for his service and dedication.

Eric’s airplanes have certainly made an impact. This impact effected over 300 paying customers and a fairly wide swath of African countryside. And he led some pretty big bets. One example of Boeing’s big bets was the system engineering for the 737 Terrain Remodeling Crashmax.

Increasingly, the iconic American planemaker and its subcontractors have relied on temporary workers making as little as $9 an hour to develop and test software, often from countries lacking a deep background in aerospace — notably India.

Nice call there, Eric. Way to take care of the Good Old Bottom Line. If we were designing a nice, comfortable aircraft for Muhammad Atta and eighteen of his 9/11 brothermen, taking off with a full tank would really be far more critical than sticking the landing. For other potential stakeholders, requirements could wind up being a wee tad more exacting. This, quite sadly, has led Eric Lindblad to a juncture commonly encountered by politicians caught in bed with a dead woman or a naked little girl. He needs more family time. An extended opportunity to work on interpersonal relationships and restore work-life balance awaits! This will be a new balance that won’t involve juggling work too far above the level of Walmart Greeter or Drive Through Window Cashier at Chick-Fil-A.

Now of course, this solves nothing. It is as empty and purely symbolic as the Japanese ritual involving the old Wasabi fart being parked in some office by the river. Eric Lindblad gts lots of spare time. I hope his poor wife can put up with him. Boeing gets to claim it did something about the problem. It may also start paying the foreign engineers who know nothing about planes and helicopters $11 an hour. Just to improve the quality of ignorant new recruits.

Meanwhile, Boeing’s 737 Crashmax remains grounded. Meanwhile 300+ dead customers won’t be getting up an doing The Tennessee Waltz. Meanwhile, Boeing will remain the same woke, globalized, Post-Xian, Amerikan firm that just rides the grift until it’s bust-out time. And people wonder what that crazy Tucker Carlson was talking about a while back.

Come on Tucker, it’s not like Boeing did anything pissy, like offend Colin Kaepernick for example. We wouldn’t want to assign the Wise and Venerable Boeing Corporation to an office by the river…

Trump Fires Back On Diversity: “You Can’t Leave Fast Enough” | Against The “Virtual Public Space”