by Jonathan Peter Wilkinson on February 14, 2017 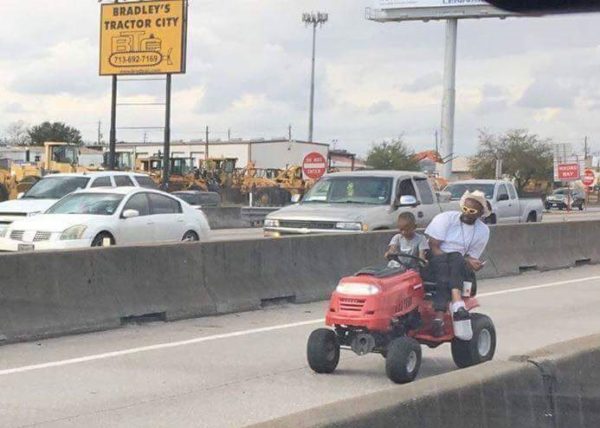 â€œWhiteness is not humxness, in fact, white skin is sub-humxn,â€ she wrote. â€œAll phenotypes exist within the black family and white ppl are a genetic defect of blackness.â€ – Yosri Khogali of Toronto Black Lives Matter.

OK, ok I’m about to get stoned out of the Amerika.org compound. Even worse than on a typical post. I come to argue that HBD must acquire and exert ownership of its scientific content or it will become a bastardized joke of an academic discipline the way Climate Scientology is currently headed.

It all starts with pointing out the blindingly obvious. You see, #BLM has an intellectual and philosophical problem. No, it doesn’t come from drinking the Molotov Cocktail rather than lighting and throwing it. It happened when they refused the proposition that all lives mattered. At that point they had to explain why, in particular, just Black Lives mattered. At this point, we experience the joy and the pleasure of HBD.

Like the founder of The Harvard University Anthropology Department, we have an idiotic bigot attempting to monetize their own dishonest justification for hatred. Dr. Louis Agassiz practised the psuedo-science of phrenology and attempted to scientifically prove non-Whites were fundamentally inferior. He hated slavery. You see, he was afraid it would lead to race mixing. He was the equal and opposite pole of today’s #BLM Movement.

Unlike Darwin and others, who thought that humans all belonged to one species and that their populations had differentiated through time as they spread geographically and adapted to new environments, Agassiz could not accept that all groups of humans belonged to the same species, and he argued vehemently for the inferiority of non-white human groups. He was not alone in this; several prominent scientists saw populational differences as major and discontinuous, and used various statistical and other arguments to support this. But Agassiz was also physically revulsed by the idea that all humans were equal.

Now Harvard was a leading light of the American Cathedral even back in the 1800s when Agazzis came to be considered a genius for his work in phrenology. Thus it was no great shock that Agassiz’ researxh came to be incorporated into discourse on the floor of the US Senate. In his segregationist manifesto entitled Take Your Choice: Separation or Mongrelization, Senator Theodore G. Bilbo makes the following scientific claim:

Weight of the (negro) brain, which indicated cranial capacity of 35 ounces, as compared with 20 for the highest gorilla and 45 for the Caucasian.

More accurate numbers can be found here. Yosri Khogali bases her own form of racial scientology on melanin content, rather than cranial capacity:

â€œ[they] have a higher concentration of enzyme inhibitors that suppress melanin production. They are genetically deficient because melanin is present at the inception of life….Melanin enables black skin to capture light and hold it in its memory mode which reveals that blackness converts light into knowledge. Melanin directly communicates with cosmic energy,â€ she added. Khogali then proclaimed: â€œWhite ppl are recessive genetic defects. This is factual.â€

Sadly, like Climate Science, HBD has some obviously fraudulent ideas loose in the discipline like wolves in a hen house. Also, like Climate Science, these ideas get co-opted for political purposes. If you think the psuedo-sapience of #BLM is atypical, you have blessedly forgotten the extent to which Al “The Earth has a fever!” Gore became a deracinated whack-job for hire over Global Warming.

This sort of deliberate and malignant misuse of science could end next week. Climate Scientists like Dr. Judith Curry have launched a nascent campaign to reclaim the ethical and intellectual respect they feel is due their discipline amongst the Geological Sciences. This is condign. I wish her the best of luck in her crusade against the greedy and the disingenuous.

To bring this to point, HBD needs a Judith Curry. It needs one in the worst way. HBD is right about a lot. This won’t be valued or put to good use if the entire field of endeavor is seen as Melanin-obsessed or as measuring skulls in the basement with Vernier Calipers. It’s up to the intellectual best in the HBD discipline to redeem it as a field of knowledge.

A Worthless First World: The Need For Identity And Transcendentalism | Please, No More Revolutions