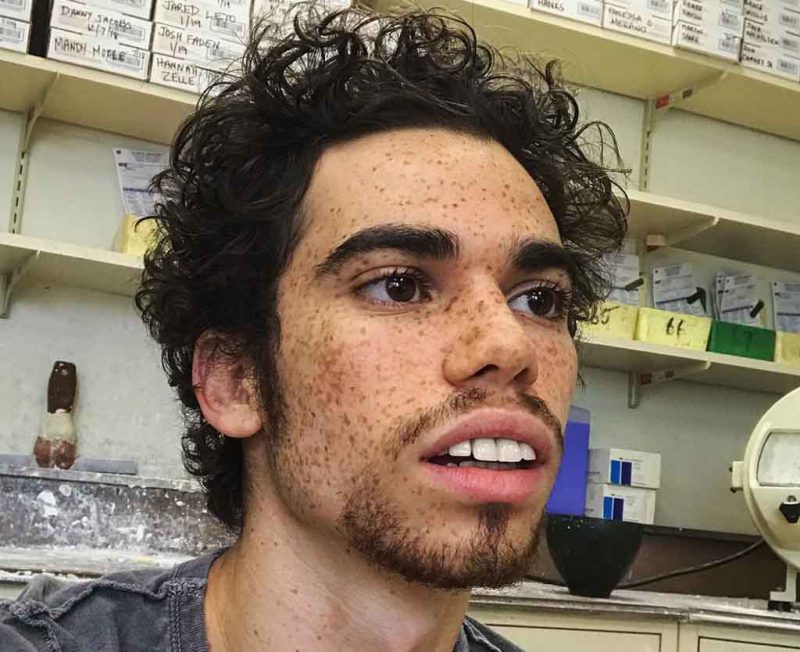 What kind of horrible people work at Disney? The kind who want you to hate yourselves and use the power of visual imagery to do it.

They know that your average dummy middle class parents just turn on the electric babysitter and push the kids in front of it. If you capture them young, they know, you program them for life, and so they are like the Zodiac killer, collecting slaves for the afterlife, but by using actors.

Cameron Boyce was one of their latest creations, designed to show young girls that they should aspire to a mixed-race future. How mixed-race, do you ask? Let us head on over to EthniCelebs to see:

Cameron’s paternal grandmother is Jo Ann Crozier Allen (the daughter of Herbert Allen and Alice Josephine Hopper). Jo Ann was born in Clinton, Tennessee. In 1956, Jo Ann was one of the “Clinton Twelve,” one of twelve students who were the first group of African-American students to attend a desegregated high school in the Southern U.S., Clinton High School.

He has white on both sides due to the Caribbean and African-American admixture, and of course incorporation of European DNA into the Ashkenazi mix, but still he managed to come out a bit weird-looking and, apparently, sickly.

“It is with a profoundly heavy heart that we report that this morning we lost Cameron,” a spokesperson said on behalf of the Boyce family. “He passed away in his sleep due to a seizure which was a result of an ongoing medical condition for which he was being treated. The world is now undoubtedly without one of its brightest lights, but his spirit will live on through the kindness and compassion of all who knew and loved him.

We know that mixed-race children are less healthy, generally, but it seems as if in this case, more genetic errors proliferated to the point of making a fatal congenital condition.

While our hearts go out to the parents, Cameron Boyce serves as a cautionary tale against both race-mixing and assuming that anything on television is good for you. They want to profit from you and consume you, destroying you, not help you. That applies to both actors and watchers.