Better Than a Killdozer: Byron Smith and Vicious Eugenics 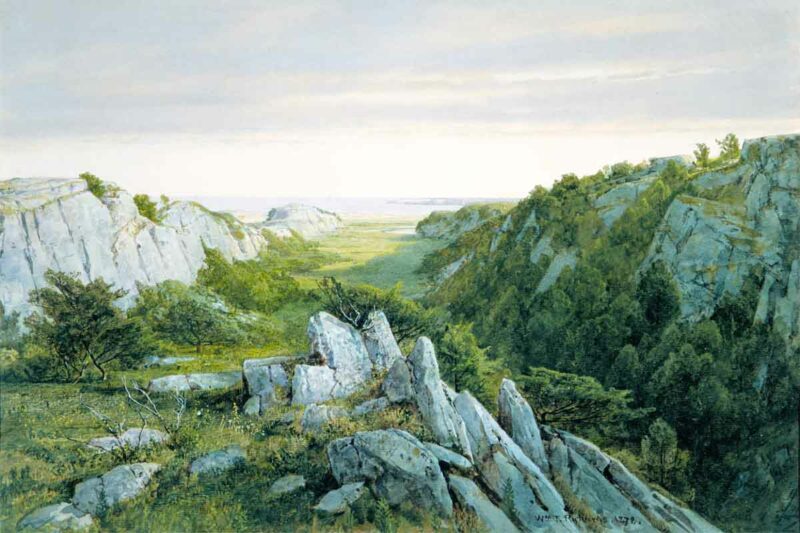 The internet became obsessed with Marvin Heemeyer, the man who built an armored compartment for his bulldozer and went on a rampage destroying the homes and businesses of those he claimed had ruined his life before killing himself, as a symbol of people acting out against a society that has become too obsessed with methods and not enough with doing right in terms of the end results of its actions.

Perhaps a more powerful figure can be found in Byron Smith, who after being repeatedly burgled, waited for the burglars to appear again and shot to kill. He was convicted of premeditated murder because he lay in wait and shot wounded burglars:

But prosecutors said he went beyond Minnesota’s “castle doctrine” law in his use of deadly force. Audio played during Smith’s trial, which he recorded in his home during the killings, revealed that he sat armed in his basement, waiting for the teens to enter. He then mocked them after he shot them, and continued to shoot them beyond the point where they posed a threat to his safety.

In saner societies, we would see people breaking into homes as having rolled the dice and taken the risk that someone might decide to end them. These are justified killings in terms of end results: they are eugenic, they enforce order, and they put fear back into the minds wrongdoers.

Several things doomed him in a legal sense. The first was that he shot to kill repeatedly including shooting wounded burglars sprawled on the floor:

A medical examiner found the two teens were shot a total of nine times after they broke into Smith’s home on Thanksgiving Day in 2012.

Minnesota law allows lethal force to prevent a felony from taking place in one’s home or dwelling, but authorities have said Smith crossed a line when he continued to shoot the teens after they were no longer a threat.

Smith’s attorney argued the teens would be alive if they hadn’t chosen to commit a burglary, reports the station.

Despite the usual hand-wringing and weeping over the “innocent victims,” they had burgled Smith multiple times including earlier the day that they were shot. Smith moved his truck to make it appear as if he was not home, then settled into an easy chair in his basement with his mini-14 and some bottles of water.

Items precious to him, including medals won by his father, memorabilia of his recently-deceased mother, and parts of a gun collection that he valued had been stolen. Having gotten some good scores, the burglars waited until he was not home and then broke in and trashed the place:

There is some evidence that Kifer and Brady committed at least a couple of the previous break-ins and were being investigated for prior robberies, including one earlier on the day they were killed. Smith installed a security system to protect himself.

On November 22, 2012, Kifer and Brady broke into Smith’s home. Video surveillance captured the teens casing the property prior to the break-in. By his own account to police, Smith was in the basement when he shot Brady twice at the top of the basement stairs, and once in the face fatally after he fell to the bottom of the stairs. Minutes later when Kifer entered the basement, he shot her at the top of the stairs. Wounded, she fell down the stairs, and after Smith’s rifle jammed, he shot her multiple times in the chest with a .22-caliber revolver, dragged her across the floor to set her beside the body of her cousin, and then shot her fatally under the chin.

After the shootings, Brady was linked to two felony burglaries of Smith’s property in the previous months when a friend of his pleaded guilty to helping Brady steal items from Smith’s residence. Kifer had 19 “contacts” with law enforcement ranging from traffic stops to reports of suspicious activity or threats.

People objected to his vindictive manner and eugenic assessment of the so-called “victims”:

The recording captured the sound of two booming gunshots as he shot Brady first, then Brady’s groan as he was hit. Then Smith fired again saying, “You’re dead.”

Smith moved the boy’s body to a basement workshop to prevent him from bleeding on the carpet, he explained to police officers as they questioned him later.

About 10 minutes after he shot Brady, Kifer came down the basement stairs calling “Nick.” The recordings captured more gunshots, then the sound of Kifer falling down.

“Oh, sorry about that,” Smith told her.

“Oh my God!” Kifer screamed, while gunshots rang out.

Later, he is heard on the recording saying he did his “civic duty,” and “I don’t see them as human. I see them as vermin.”

At this point, in the name of equality, society has entirely shifted the burden of subsidizing the bad onto the good. It considers these kids “innocent” despite their repeated burglaries of an elderly, helpless man to the point that he was hurt and enraged to a place of no return.

In our current legal system, there is no question about what happened: he lawfully defended himself, then murdered the wounded suspects. According to our “enlightened” view, he should have simply called the police who had failed to do anything about the previous break-ins.

If we restored the older law, which is that those who break into the homes of others assume the risk of their actions, and acquitted men like Byron Smith, burglars would be afraid again. Rioters would fear again. This upsets the egalitarians for some reason.

Affirmative Action Came From the Fraudulent 14A | Dead Weight