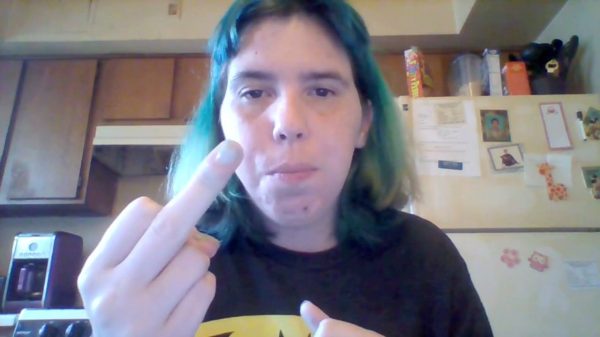 One can start this piÃ¨ce by saying that SJWs are attention seekers, which is made abundantly clear by their use of language and can even be extrapolated to include liberals. However, for purposes of this discussion, we will assume that â€œattention seekingâ€ is a single and independent cultural dimension.

Cultural dimensions are discussed at length by Geert Hofstede in his book Cultureâ€™s Consequences. In the 2001 edition he identified five dimensions applicable to all cultures (or at least those identified in fifty countries). It will be assumed that â€œAttention Seekingâ€ is a sixth dimension, meaning that some cultures consistently seek more attention than others regardless of their circumstances.

Attention seeking is by its nature used in all communications cycles, where it is always the first step. For example, one party in the prospective communication cycle would need to grab the attention of a second party, as would be required for the intended communication to even occur. For example, if you want to talk to your neighbor, you seek attention by pressing his door bell.

Going to all the trouble of identifying a dimension also requires of the investigator to identify extreme forms of attention seeking. One example is a technique historically used by the Zulu King â€œDingaanâ€ as well as an unknown English Feudal Lord whom both invited â€œmercenariesâ€ (i.e. not current enemies) for a tea (party) with the express purpose of killing them afterwards.

Attention seeking could be the result of genetics as well as of their sense of survival i.e. culture. The curious case where English and Zulu attention seeking is comparable can be used to highlight extremes of the dimension as well… The alternative dimension referenced herein is Power â€“Distance from which the following is quoted from Hofstede:

It is obvious that England is wealthier than the Zulu because they have a â€œmiddle strataâ€ otherwise known as the middle class. As far as attention seeking goes, the English has another factor as to why they would seek attention.

But to first elucidate the Zulu tribeâ€™s â€œnormalâ€ attention seeking mode, where examples of clownish behavior to exact laughter for recognition purposes are plentiful such as comments from tourists saying things like â€œbut they are funny, letâ€™s give them a tipâ€ or â€œbut they are laughing despite not having shoesâ€ etc. These are the wrong responses but nevertheless true.

The English are known to seek attention by projecting superiority as well as being a jester. Their superiority comes from their own King that â€œgave them the privilegeâ€ to communicate on behalf of â€œHis Highnessâ€ (all of the Kingâ€™s men and all of the Kingâ€™s horses). In other words, their attention seeking is not just based on â€œimpersonationâ€ it is also based on achievement such as clothing, ships, armor, books etc. Effectively English attention seeking is based on the fact that their King told them it is allowed to brag about the middle class, whereas the Zulu subjects can only brag about their individual impersonations while never allowed to speak on behalf of the King.

The closest to occupational Power-distance data was the following comparison:

It is perhaps fair to deduce (on the one hand) that you canâ€™t be a manager if you are too authoritative while on the other hand, if you are authoritative, then you had better master the art of attention seeking.

Lastly, the phenomenon of SJWâ€™s seeking digital attention from their Motherâ€™s basements could be their alternative to real communication. This basement approach may be attention seeking in a world that they do not understand, because real communication actually requires some outcome (eventually). Their inability to communicate constructively is caused by their inability to communicate (in their own language). The example of English versus Zulu is again instructive: English language is formalized whereas Zulu language is not – because Zuluâ€™s do not have schools and universities (middle-class).

By dumbing down clothing in fashion (as an example), but also language in universities, industry and academia have succeeded in exacerbating the attention seeking in the SJW emergence to envelope normal people previous known liberals and even cuckolding conservatives.

Liberals do not appear to make succinct arguments anymore because they seem to have a fixed vocabulary while conservatives valiantly strive to maintain a formal language with implicit meaning. This further enable the liberal mobs because any kind of formalism becomes a target, however, being clever conservatives have begun to think outside the box, seeking attention through trolling liberals. In the new dimension of â€œAttention Seekingâ€, this may well become known as â€œthe persuasionâ€ factor. Some people are simply better at it than others. But the road ahead is still far and steep.