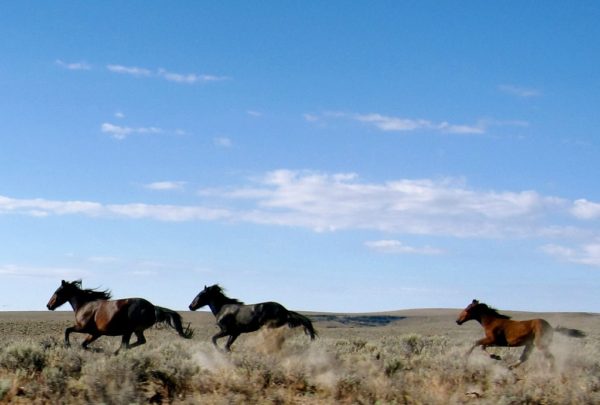 An old hand explained it to me roughly like this (paraphrased):

At some point, you’ll have to overthrow those who have the power. For them it’s a meal ticket. All they have to do is keep showing up to work, going through the motions, and they get wealth and prestige like no one else. But they are actually sort of weak, because like cowboys, there’s just a few of them working a big old herd, and they are afraid to death of it turning into a stampede.

But when you talk about armed revolution, you have to realize that they won’t give up so easy. It’s like a cattle drive: the whole way, those cows are going to be pushing back against you, trying to get the power. Everybody wants the power. It’s addictive, you see, even if it destroys us, because if those cows had the power, they would just tear off in some direction or another and end up dead at the bottom of a cliff, or running each other over because some steer saw a rattlesnake, even if it was just a dead end of rope.

The good thing is that once you get the power, it’s easy to control the herd. You see how we do it. We ride along outside them, then slowly close the gap until we have them all gathered, then we push them all in the same direction. Inertia takes over. A cow in motion wants to stay in motion. Same is true of people, except more so, because we can talk about it, so we go to our friends and we talk about how good things are, which is our way of hiding our fears. This way, we validate each other’s fears.

To get control of a herd, you have to seize the points of power. For cattle this means the areas they want to run to. In revolutions you notice they go first to grab the hospitals, radio stations, newspapers, police substations, grocery stores and gas stations. People need these things on a daily basis, so if they go to them and you control them, they will start accepting your version of events. If they turn on the radio and hear the same thing they see in the newspaper, they assume it is true or “close enough.”

They are looking for an excuse to obey because that is easiest for them. You are trying to channel the herd away from where it wants to go and where you want to go, so you have to surround them on all sides. When you make it more difficult for them to go that direction than to go the way you want them to, they fall into line. They are just looking for a reason to feel good about whatever they are doing and they don’t really care too much what that is. But keep caution, just like a cow while randomly try to make a break for it, people will always challenge you, just to see if they can get away with it. This is how herd animals think.

Armed revolution is most likely inevitable at this point. We can and should try working through democracy as much as possible, but the herd always votes wrong, and then when enough of them wake up for a protest vote like with Trump or Brexit, they face a whole lot of individualistic cattle out there who are going to sabotage, delay and subvert the process. That means war.

In the West, we could very quickly employ a pincer strategy: both seize things that people need (groceries, gasoline, police, radio, hospitals, coffee) and destroy things they rely on for their daily dose of propaganda (government, Leftist media, welfare offices, degenerate culture). This way, the herd could be channeled into moving in our direction, seizing control.

Only One Political System Will Support Western Restoration | Re-Personalization