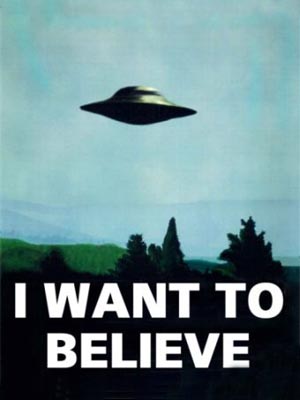 Life: you think you have a basic grasp of it, and them something comes along that throws it all into doubt.

Whether that’s a Higgs boson, a near-death experience, a paternity test, a historical conspiracy or your government hiding aliens from you, it throws you for a loop. You have to re-assess all you know.

Since people on this blog enjoy writings about race, and race is the numero uno stealth topic in American politics, it may be time to express some of those moments I’ve had.

After all, it’s only fair to admit that African-American people got me thinking about race. I’ve known a number of African-Americans over the years — fewer than most, I’d guess, since I tend to like tidy suburbs and nerd herds for work and friends — and esteem and enjoy many of them.

My first serious thought about race occurred when talking to one such friend, when he said:

You know, that’s a good question. In my upbringing, I was surrounded by:

Where would one find information about conservatism? Only two places: first, the books from the past that I read and enjoyed because of their high density of ideas; second, from myself and my experience in the wild, where if you need a fire you make it, and you learn to respect animals which means both appreciate them and appreciate that they’ll claw your face off if you behave like anything but a Master around them.

By behave like a Master, I mean be in control like you’d manage a strange dog: don’t let them get the upper hand. You make the decisions. If they approach you, you tell them to stop; you never assume their good will and reach in. You must always be wary of them, and realize they may attack at any time because they are wild. The moral rules of the playground, the school and the church only exist because people abide by them.

This kind of thinking however was far from what my friends, teachers, parents and parents of friends talked about. They were all about the moral rules. Does everyone have enough? It reminded me of kindergarten: we got told again and again to share our toys. To empathize with others and understand their point of view. Never to stand up for our own, to be a Master.

As time went on, I grew up a bit and moved around the country. I learned quickly that in every job, the boss is the source of all evil and the employees are blameless; they will tell you this while taking their 14th smoke break of the day and ignoring a deadline. That jarred with my sense that someone must be Master and get the project done, or we’d all be out of jobs.

Even more, I learned that most areas of our cities were not like the comfortable suburbs. People (people: black, white or other; Homo Sapiens)there were like those feral animals: if you let them get near your car, they had some scam if not an outright gun in your back. Leave something unattended, and it disappears. It was the rare person who returned a lost wallet with the cash inside.

My inner conservatism awakened. It was a basic realization: first, the causes of our misfortune are not external, generally. They’re internal: drink too much, and you fail at life. If you can’t do your job without being reminded of basic details, you’ll work at Mickey D’s forever. If you are responsible, organized and apply yourself, you rise. In fact, the only substantive bias I saw was people biased against themselves, which is very common.

Still all my friends were liberal. We drove past a ghetto — white, black or other — and they saw people who were victims of an education system that was bad, or a corporate conspiracy, or whatever it is in poverty that “makes” people drink. I’d point out that these people went to the same schools the rest of us did, in which if you learned a few basic things or scored well on a standardized test, they tried their hardest to help you.

I’d point out that if these folks had any aptitude in getting grades or scoring on standardized tests, they could go to a wide range of universities that were specifically looking for impoverished or minority students. Then I’d point out the obvious inconsistencies: vast consumption of expensive alcohol and cigarettes, expensive cars next to hovels, obvious disarray and lack of maintenance, and so on. My friends wouldn’t hear it.

The first African-American to honestly speak about race to me is a brave man. He not only mentioned the t-shirt inequality, but pointed out the obvious: if we could say that most white people were miserable because they spent too much money on cocaine and not enough time on their souls, we could mention that most people in the ghetto were miserable because they spent a lot of time on gangs, drugs, alcohol, sex and cars, but very little on having stable homes, jobs and families.

Two years later, my second great leap into race politics occurred in conversation with another African-American gentleman and his wife, also African-American. He was self-employed, competent, and never returning to the ghetto. He looked up at me at one point and took a calculated risk:

“You know, most racists want the same thing we want, just from another angle. We want to be in charge of ourselves, and they want to pull back and be with themselves.”

Why people couldn’t just spit this out was unclear to me. Later on, I read about Klansmen who partnered with African-American leaders for the same reason, and how certain white power types partnered up with black power types because they had similar goals. Then I learned about pan-nationalism and realized that ethnic self-determination and self-rule are widely desired by sane people in every ethnic group.

The penny dropped: join hands to separate, to rule ourselves, and to exist as parallel societies using different methods toward the same goal. We are not all the same, and there is no universal set of moral rules. Instead, we need to do our own thing and we’ll all get there eventually. Even more, we’ll keep our pride. We did it our way, and made it happen for our selves.

I looked back over history and saw two forces at work: one, that wanted us all to be one and unite in equality against anyone who might rise above; another that realized the more complex adult truth that good behavior must be rewarded and bad behavior smote, and that this must happen at the individual level; that group “equality” was an attempt to escape this truth.

Since then, I’ve been a conservative (even if a crypto-conservative among my friends) because to my mind, experience and logical ability, it’s the only tenable position.

I have never forgotten what I learned about race. In particular, how self-rule is desired by all.

Looking back over my past, I see that while my mouth may have been liberal, my feet were always conservative. I moved into suburbs that were not only white, but Western European white, and reflected the extreme side of Protestant values, near Puritan. I like being surrounded by wholesome, innocent, family-oriented, morally-upright people. I like being near people like me.

When I’m in a neighborhood of people like me, and I find a wallet, I know that I can take it to the person’s house and hand it over. If there’s cash inside, they’ll be pleasantly surprised but not bowled over. If there’s not, they won’t immediately suspect me, and will probably believe me if I say that was the condition it was in when I found it.

Could a black person claim the same thing? Heck, no; a black person in such a neighborhood would do best to leave that wallet unseen where it was found. 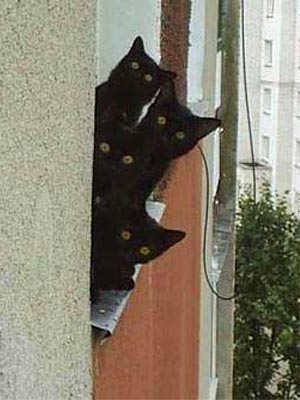 But the same is true of a white person in a black neighborhood. Racial suspicion and racism cut both ways. A black person getting a wallet back without cash from a white person is going to assume the white guy took the cash.

You get that feeling when you walk through a neighborhood of people not like you: the UFO stare. They look at you, and you see many things in those eyes, mostly the same look I gave wild animals: this thing doesn’t play by my rules. I either need to Master it, or it will Master me, and possibly chew my face off.

When you are out of place, you’re in a binary situation where you’re either on top, or you’re going to get victimized. This applies to black people in white neighborhoods just as much as white people in black neighborhoods. (Thankfully, there are some people — bridges to sanity, but ultimately destructive — who work around this rule and help others out regardless of their race.)

What I’ve learned from all of this is that I never want to be in a metaphorical Area 51 as regards race. I don’t want the UFO stare or to be in that horrible position of either giving it, or worrying that I’m about to get Mastered by someone opposed to my interests if I don’t give it.

There is only one path to sanity regarding race and it is to join hands to separate. We will only be aliens to each other until we agree to be alien, and to each rule ourselves. While it’s not politically correct to say that, it’s logically correct, and logic is what history shows us makes the difference between success and failure.