Are Major Corporations The Right’s Friends? 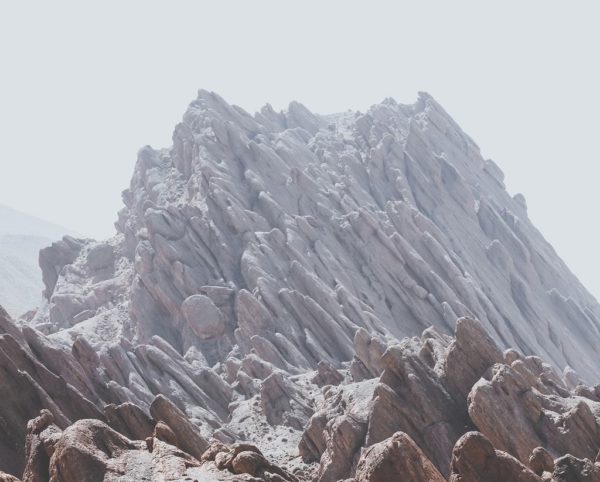 If you go to an Amerikan University, and get brainwashed in a Economics course; you’d walk away with the misapprehension that corporations were the enemies of the beneficent state. That major corporations sought to undermine governments and

Dating at least back to Nazi Germany, supplying the state monopoly has always been a boffo racket. Hugo Boss…No wonder the Nazis always looked better in the old war movies. And it wasn’t just the National Socialists. Armand Hammer was the Russian Connection long before that became a thing to Antifa.

Armand Hammer, the 87-year-old chief executive officer of Occidental Petroleum Corporation, was recently hailed by the editor of Pravda for his role in setting up the November summit meeting between President Reagan and General Secretary Gorbachov. Since his early- 1920s cavorting about Soviet Russia with the blessings of V.1. Lenin, Hammer, the “maverick” billionaire, has been the principal “back channel” for American access to the top levels of the Kremlin hierarchy.

And why was Hammer so able to set up meetings with Soviet Nomenklatura?

Who was Hammer? He was a personal friend of V.I. Lenin. He was known as Leninâ€™s â€œpathâ€ to Americaâ€™s financial resources. He was the first of a long line of Western businessmen to participate in KGB-controlled joint ventures in the Soviet Union. He was the son of Julius Hammer, a founder of the Socialist Labor Party and later the Communist party USA and who served time in Sing Sing for performing illegal abortions. Armand Hammer was called the â€œCapitalist Princeâ€ by the KGB. He dutifully served the Soviets for seven decades and became the first â€” and only â€” â€œAmerican capitalistâ€ to be awarded the Order of Lenin.

So how did this capitalist running dog make his fortune? Doing business with Man of The People Vladimir Lenin.

Journeying to Soviet Russia in 1921 to give medical aid to that countryâ€™s famine victims, he was personally persuaded by Vladimir Lenin to turn his business talents to account there instead. In 1925 he obtained a concession from the Bolsheviks to manufacture pencils for the Soviet Union, and his firm soon became the largest supplier of cheap, reliable pencils in the country. His business ventures were bought out by the Soviets in the late 1920s, and Hammer returned to the United States in 1930 laden with innumerable paintings, jewelry pieces, and other art objects formerly owned by the Romanov imperial family and sold to him by the cash-hungry Soviets. In the 1930s Hammer sold the majority of these valuables and embarked on such profitable post-Prohibition business ventures as whiskey making and the manufacture of whiskey barrels, as well as cattle raising.

Hammer retired in 1956 but was approached that year by a friend who suggested that he finance two wildcat oil wells being drilled in Bakersfield, Calif., by the near-bankrupt Occidental Petroleum Corporation. Hammer financed the wells, which unexpectedly struck oil, and he quickly increased his holdings in Occidental, becoming the firmâ€™s chief executive officer and chairman of the board in 1957. By the mid-1960s, under Hammerâ€™s management, Occidentalâ€™s gross annual income was more than $650,000,000, and profitable oil ventures in Libya (which were later nationalized) and diversifications into chemical manufacturing had boosted Occidentalâ€™s gross income to more than $2,000,000,000 by 1970.

Today, these people are not openly Soviet or Nazi in their business dealings. However, they are still not in favor of anything resembling a truly “Open Society.” They are buying into the governmental monopolies on force and natural resources the exact same way Hugo Boss and Armand Hammer did. They can strip a lot more surplus out of customer that has someone else’s money as a budget line. Mark Zuckerberg, Elon Musk and Warren Buffett don’t want to compete any more than The Golden State Warriors or the New England Patriots want to compete. They are in the business of making the fight unfair.

Warren Buffett hates pipelines that ship oil because he owns a huge railroad full of railroad tankers. Elon Musk makes solar collectors for a portion of his living. The Paris Accord knocked conventional energy sources off the market in the US. Zuckerberg hates “fake news.” Other people’s “Fake News.” He loves fake news propagated by Faceberg. The Golden State Warriors didn’t lock up Kevin Durant to make the NBA more fun and competitive. His presence gave them a talent monopoly like land reform gave Stalin a land monopoly. The New England Patriots won’t trade their awesome back-up QB or stop illegally deflating footballs. They don’t give a rat’s rear end about his self-actualization. They don’t want to see him on the other sideline on Sunday afternoon. These business men are the same.

They hate capitalism when it pays capital to anybody other than them. They hate opportunity when someone other than them enjoys any of it. When Armand Hammer was a pencil-pusher, he loved how Lenin could erase all his competition. Hugo liked Hitler fine. He considered him, dare I say it; Like.A.Boss. The big shot tycoons that install Goldman Sachs Party Men throughout the USG are major league SJWs. Social Justus Warriors. Because they believe it should be Just Us that get the benefits. And when they think of Us, we on the Alt-Right are never going to be considered them.

The very rich are different from us. They already have built their wall. It is your wall that is immoral. They don’t want President Trump to ever cut someone like you in on the racket.

Malthus And Machiavelli Rule Our Future, Not Gandhi And Kurzweil | Pagan Christianity