Another take on millennials 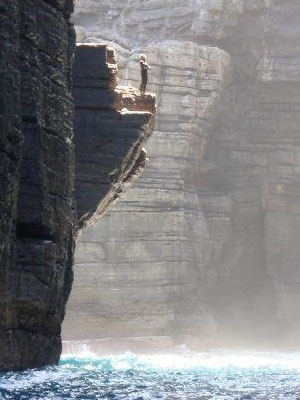 Decline takes the soul of a nation, and with it, perverts every institution into self-serving profit centers for those in it. Thus it’s wise not to trust the press, except where some individual has the incentive and character to accidentally tell something truthful.

This excludes the everyday stuff that a robot could report on, like election results, disasters, technology and the economy. These are often a case of dueling press releases resulting in he-said she-said articles.

But when a really sublime issue appears, trust the press to scatter and then to return to the issue with profit in mind. Each writer will pick a target group, say something that this group will either find flattering or a viable excuse for their failings.

In the case of millennials, this divides our press into roughly two camps. One panders to older people who hate millennials, and want to hear nasty things about them; the other panders to millennials who are feeling bad about themselves, and says nice things.

Reality is as always more nuanced. Millennials reflect the 1970s changes in education that fully kicked into force in the 1980s, culminating in Political Correctness (PC). This is not about the economy they face, but about how their values systems are constructed.

Most people in the press seem to be in total denial of this salient fact.

What are millennials? A new theory: millennials are the most obedient generation. Raised on a Me-centric view like the Boomers, they have a strong sense of what they must do to maintain that radical individualism — which they will do at all costs.

They see Ideology as the means of preserving their individualism, and so they are obedient to what they were taught as ideological values in school. In their view, there is a values system that all smart people agree on, and to get ahead, one must obey it, thus they treat it as a religion and make themselves fanatics.

Millennials accept that smoking is bad and working out is good, that PC is truth, that working hard to get ahead is a duty you owe yourself and others, that society is making progress, that racism is the cause of all ills, and that every citizen deserves entitlements.

In short, all of what 1968 believed, and all of what Soviet propaganda said. At the core of this are social beliefs, such as that if you have something, you’re a bad person for not sharing it with others if they ask for it. These are crypto-Socialist ideals in kindergarten form.

Unlike Generation X, who saw the disaster coming and became dropouts on the sidelines, millennials have never grown up with a functional society or tradition. They have Ideology. It protects them and their ability to be individualistic, so they will defend it to the end.

That’s exactly what the 1968ers hoped to create: automaton zombies who cannot intellectually conceive of a world beyond Ideology. Thus whether we complain about or praise millennials, it’s important to realize whose handiwork they have become.

BOBOS in Paradise: The New Upper Class and How They Got There, by David Brooks | Why Crowdists hate classical culture