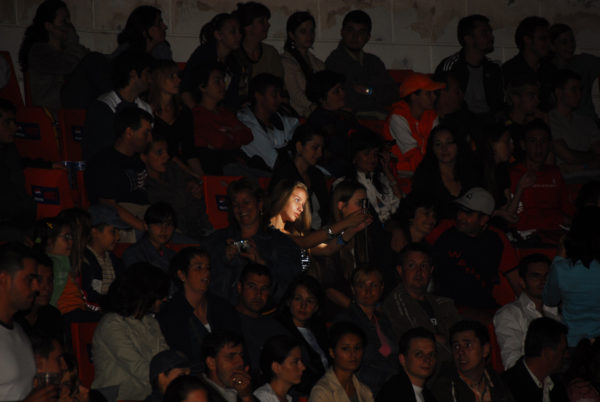 Those of us who enjoy a hearty tipple, a full pipe or even something stronger are forced into a simple realist proposition: we like getting fuzzy-headed, buzzed, tipsy or perhaps, totally fuckin’ wasted. There is an honesty to admitting this. That leads us then to question why this is so, which with autonomous beings is a question of purpose.

There are many reasons to do anything, but only a few that support getting intoxicated, but the two most common ones are the absence of pain and the promotion of pleasure, which — contra certain cynics and pessimists — are not the same. One can find pleasure even in the midst of pain when striving for something that appeals so thoroughly to the mind that it becomes necessary to strive for it or feel inferior in one’s own estimation, and it is issues like that which forge our souls.

For example, many have died as explorers, mountain climbers, inventors or daredevils. Their pursuit of pleasure in achievement was greater than their fear of lack of pain. In fact, at some point, pain becomes pleasure when it occurs in the pursuit of something desired; sado-masochism is a typical neurosis that mistakes the pain of achievement with pain itself, and fetishizes it.

This tells us that pursuit of pleasure is a more complex and rewarding goal than pursuit of the avoidance of pain, mainly because it attracts so many of our best who find meaning in it. Avoidance of pain, in the meantime, provides a trap: when we have pain, pain-avoidance makes us feel normal; when normal is seen as bad or boring, pain-avoidance makes us feel better than normal life can.

Consider the typical case of a man injured on the job. His back, hips or legs are damaged and after his surgery, he is granted an open prescription for pain pills. During the six months that it takes to heal, he takes these pills on a regular basis. Eventually, he is at least mostly healed, and the pain is gone. But now, life itself seems painful, taking the place of the actual pain. Either that, or something happens which makes him feel life is painful. Rather than allowing this short-term circumstance to pass, and instead to focus on the long term where better days are ahead, the man behaves like a terminal patient who assumes that the source of his pain cannot be erased and that he must medicate for the duration of his life. He has developed an unhealthy dependency.

On a philosophical level, the same proves true. People become convinced of the negativity of the present and for whatever reason, choose to believe that alleviation is not possible, so they self-medicate with consolations, justifications, excuses, pretense of victimhood and scapegoating. They find that life is not as they want it to be, whether by failing or by finding themselves in circumstances they dislike. They then decide that they have been victimized by life, which excuses their failing, because instead of having failed, they have been held back by some other force. At this point, they launch into scapegoating.

Perhaps another force — like the injury of the man described above — imposed a disadvantage on their lives, and they were harmed by it, but unless it prevented any better outcome in any area of their lives (through which they could leverage improvements to the rest) it has not actually made them, as a whole, victims. But this equating of the part for the whole is essential to all low-quality human thinking, and here it enables people to confuse a misfortune with a permanent inability to make their lives right which coincides with the natural solipsism of the human being, or desire to filter out the world and focus on the self entirely.

This confusion elects them to identify with victimhood as a means of escaping blame for the parts of their lives that they could improve, and forces them to scapegoat a victimizer — even if someone who has done them some wrong — and assign to that person control of their lives (when Nietzsche calls this “slave morality,” this is one of the things he is referring to). At that point, all failure in life is blamed on the scapegoat, which enables the individual to engage in compensatory behavior, or rewarding themselves with small pleasures and indulgences as a means of salving the pain of being a perpetual victim.

Looking at this psychology, we have to ask ourselves, is this anti-pain or pro-pleasure? After all, pro-pleasure makes more sense as a positive activity. The normally productive individual who enjoys his beer, wine, whisky, tobacco, caffeine or other stimulants strikes us as someone enhancing an already-full life, where the unhappy person with problems who drowns his sorrows in his drugs of choice strikes us as someone with an empty life or a pathology of unhappiness.

This makes sense because the productive person is seeking pleasure, where the unhappy person is by his own admission seeking to numb the pain. If this person does not have a reason for an enduring pain, such as an ongoing tragedy that no others manage to transcend or counteract, then we believe in palliative care; for example, few of us will condemn a person whose body is wracked with a fatal disease who decides to take increasingly high doses of opiates until death arrives on little furry wings.

Many of us would not fault someone who, in the last years of his life, decides to drink himself to death as a way to foreshorten any final ailment. But when the person has other options to self-destruction, and is choosing the self-destruction not as a means of being happy but of being unhappy, then we see this as something like suicide, surrender, or refusing to play a game from fear of losing. The same is true of our psychological outlook. Those who embrace victimhood but are not truly victims are only victimized by themselves.

Much of modern society consists of such self-pitying behavior because of the focus on the individual. Instead of emphasizing that people should place themselves in good situations and do good things, we emphasize that the individual must be competitive with all others on a social level, therefore must not prove themselves “good,” but “better,” in the sense of more witty, attractive, interesting, attention-demanding and current with social trends — including the righteous type of morality that changes with each passing week in terms of its focal point, such that last week it is transgender fisting rights and this week it is kneeling at the funerals of Downs Syndrome patients — and so is thrust into a role where they start out at a fundamentally negative status, called equality, and must prove themselves to be more than equal only through the attention of others, mainly by “staying relevant” and other attention-whoring. In doing this, we have replaced a morality of productivity — do good, be good and be happy — with a morality of popularity, in which only those who command attention from others are important.

This forces people to either accept irrelevance and lower status or participate in the ever-increasing intensity of the game of soliciting the notice of others, in which one never achieves permanent happiness because they either must get popular again or, having attained popularity, have no more goals to which to aspire. The only way out of this constant race is to declare victimhood, and that is their only option if they do not want to face the fact that their values conflict with those of the society around them, which unless their values are arbitrary, suggests strongly that society itself is in decline, which means that all of their efforts are ultimately doomed and will be forgotten after the crash.

Humans, tending toward individualism because the pingback from our brains is stronger than the signal we get from perceiving the world around us, generally downplay the importance of civilization. To us, it is a stage on which we dance, to the applause of hopefully millions. But in reality, it is the vessel through which our deeds live on, even if our names are forgotten, and so we are dependent on it as we are on sun, gravity, rain, and the rotation of the Earth.

A human in a failing civilization is someone tossing his best years and greatest hopes into a dumpster fire, and that is before we consider what will happen to his descendants. Denying this enables us to be functional in a dying civilization, and so most do it, either by rationalizing decline (Left) or focusing on individualism (Right) of the “work hard, pray hard” variety. Both of these approaches lead to victimhood, the first because the absence of total decline makes Leftists feel that they are at a disadvantage, and the second because it means that they must exist in denial about the futility of their work and prayers.

Modernity is like group projects in grade school: you know the other members of the group will screw it up, and that when the project is done it will go into the trash anyway, so unless you are motivated by the individualism of wanting to feel smarter and better than other people because you got an “A,” in which case you will do the whole thing yourself, there is really no point toward giving much care. Earn your money, retreat to your exclusive suburb, live in comfort, and deny meaning, because that is the price of doing this. That in turn brings on a greater sense of victimhood, namely the notion that tends to arrive in the late 60s that you have wasted your life on trivialities and that other people forced you to do this, which is partially true. You did what was expected of you.

Escaping the victimhood trap requires looking at the long term and living for meaning, which involves a connection between self and world. When you can look at an effect you have had, or a challenge you have overcome, or even situations where you did what was right over what was merely convenient or popular, then you can have a sense of pride in your own life and the knowledge that there is a meaningful connection between you, what was given you, and what you did with it. You have risen above the challenge of life. Similarly, this applies to the mind.

Our internal signals provide greater pingback than perceiving the external world, but if you orient yourself toward discovering the world by using your mind, you receive not closed-circuit stimulation — a mental sensation not unlike that of intoxication — but a sense of connection and placement within the world. If you are excited by discovery within your thoughts, your thoughts are no longer arbitrary, but focus on knowledge of the world. At that point, the higher intensity of internal signals is short-circuited by an even higher intensity to accurate internal signals, which overrides the tendency toward solipsism which leads to the victimhood complex.

While that seems complex, it is a positive option to the anaesthesia in which most indulge, which means not being intellectually in attendance for your own life. It allows you to discover what is good in life, and this enables you to survive disadvantages and challenges, and to more than merely subsist, thrive by making choices that shape your soul, and through them not only find meaning in life itself, but by striving for self and civilization, maximizing the chance of the endurance of your efforts while also demonstrating a heroic outlook toward the game of life itself.