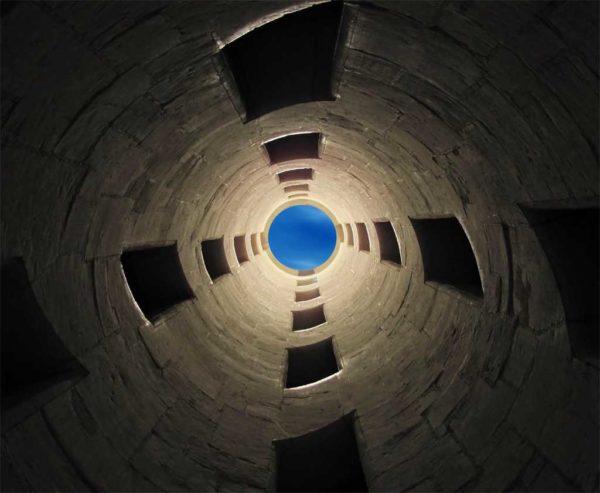 As we stumble through this modern age, ruled by an individualism that tells us both that we can be “me first” in all of our deeds and that the exterior impulses of our personalities like desires and feelings are more important than either our intuition or the external world, we find ourselves encountering many situations where people argue for the denial of reality in preference to what they wish were true.

We might rebut that proposition with the simple idea that feelings are real, but not necessarily true. To us, feelings seem more real than the rest of reality because they originate inside of our brains, and if we are not disciplined, we can mistake them for outpourings of intuition or even gestures of our souls. Some time spent on honest self-analysis reveals however that these are simply part of the natural human tendency toward solipsism that occurs because our impressions of the world are of a stronger signal than perception itself, and are more immediate to us, thus seem more vivid and important.

Some say that religion is important because it teaches us morality. For others of us, it seems clear that religion does something greater, which is reveal to us that we are insignificant parts of a much larger order, which naturally bunts that solipsism right out the door and sets us on a path of self-actualization by which we lose the external husk of ourselves and discover the kernel of a soul within.

That external husk is made entirely of the human: our feelings, the feelings of others expressed through social gestures, bodily desires and the objects we use to form a narrative of our lives that makes it seem as if we made the best decisions possible. The inner kernel consists of our intelligence, moral character, intuition and aspirations specific to who we are.

The outer kernel proves to be socially acceptable because it is equal; that is, it is under our control, and requires minimal intellect, so anyone can do it. For that reason, it offends no one in a group if we pursue desires or re-configure our appearance to make ourselves seem more important. But if we compare inner selves, then suddenly a hierarchy emerges, and that offends any social group where most people are not exceptional.

As Plato points out in Chapter II of The Republic, people are not challenged by those who are actually on the same level as they are; there is no tension or “inequality” between them. But when shown someone risen or rising above them, people reflect on their own status and become underconfident, which makes them revengeful in retaliation. People are fundamentally defensive regarding others because of competition, which makes people think that if someone else is rising, they themselves are falling.

This shows us the basis of the confusion between feelings=real and feelings=true. Feelings are mental impulses which we perceive with the same intensity as any observations about the world, but because they have an origin within the individual, the individual sees them as most reliable, important and relevant.

However, what we mean by “true” is that something corresponds to the external world, such that it is verified by something other than our own intellect. In this sense, feelings are not true… they exist within a person, and it is true that they are emanating from that person, but they have no claim to the wider world.

This shocks the solipsist.

The species will separate into many groups, but within Western Civilization, two main groups are emerging.

Individualists comprise the first group. This consists of those who need to be part of a social group so that their individual needs can be expressed. They are both “me first” self-interested people, and those who need their external characteristics recognized by a social group so they can feel important. In groups, individualists form collectives, or little gangs dedicated to supporting their own members at the expense of civilization.

Naturalists form the second group. These are people who accept their relative insignificance and role as part of a larger structure, which cures them both of “me first” and thinking that having social recognition somehow changes the conditions of life. Instead of dedicating themselves to the self, they spend their effort on families, culture, race, heritage, civilization and abstractions like learning, fairness, honor, wisdom and realism.

Divisions between these groups are vast. Individualists believe that feelings are not just real, but true, because their entire worldview is based on first declaring what they want and later finding a way to rationalize it according to what they know of reality. Naturalists see feelings as real, but that it is necessary to consider them in a broader context where the individual is secondary to the order of nature, civilization and logic.

As humanity enters middle age, we are seeing that individualism always leads to failure, and that we need a naturalism which navigates between the zombie-like collective of the individualists and the blind obedience of those who make “the system” their only goal. It begins with recognizing that feelings are real, but that does not make them important beyond the individual.

Nationalist Public Radio, Episode Eleven: France | Leftists Hate Nationalism Even If You Are From A Protected Group