American Culture: the elitists, intellectuals, and hooligans — whether liberal or conservative — seem to hate it.

They especially detest the current (un)culture. But before we join the madness, let’s take a moment to survey the American Past. Rather than look at the American Past like we’re in a museum, politely admiring every era and every “notable” artist, let’s start drawing lines in the sand and claiming for ourselves what parts of the American Past we value and what parts we don’t. This generation needs to spill some proverbial blood.

WWII and 1776 are unquestioned moments in our country’s past. They need no further romanticizing. Artists from those eras are, and ought to be, overshadowed by the historical events themselves. As such, “culture” was more or less “on hold.” With that in mind, can we also stop assuming that every era had great artists, that every artist wrote one great book, and that every book had one great moment?

The 60s and 70s seem to be an obvious wasteland, save William S. Burroughs and Tom Wolfe. And even they are more like critics than artists. Those decades need more criticizing like WWII and 1776 need more romanticizing.

In the 60s and 70s, the lines between popular culture (Stephen King) and “underground” culture (Robert Crumb) become blurred. This may have started in t 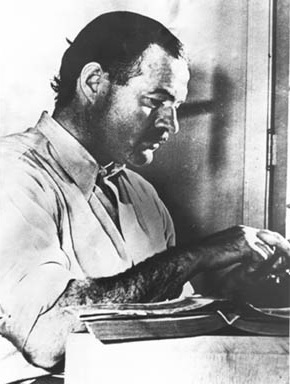 With the 60s-90s spoken for, our focus zooms to the 20s-50s as an obvious choice for weekendÂ academics and college kids to dwell in. In theÂ currentÂ intellectual American consciousness, this era has has been given a pass for too long.

We teach the American pantheon of F. Scott Fitzgerald, Ernest Hemingway, T.S. Eliot, and William Faulkner in almost every high school. F. Scott Fitzgerald basically wrote the American blueprint on how to “live fast and die young,” both in The Great Gatsby and in his personal life. He rivals only Hemingway, the alcoholic American author par excellence, whose protagonists were “men of action,” but when the action ran out, Hemingway did himself in.

T.S. Eliot is basically English and he says so himself. Furthermore, The Waste Land, while perhaps valuable, in that it signaled an approaching era of babble, is, itself, simply a monumental work of intellectual babble on many levels. William Faulkner was yet another alcoholic. And parallel to Eliot, The Sound and the Fury amounts to a babbling idiot signifying nothing.

They initiated the debauched American author meme, which now needs to die. Hunter S. Thompson, Charles Bukowski, William S. Burroughs (you too, Old Bill Lee), and now James Frey. I blame Fitzgerald, Faulkner, and Hemingway with Hemingway looming especially large in the creation of this meme.

Another meme is that of the authors from that era constantly jetting around the world. Either vacationing in the Caribbean or expatriating themselves in Europe (Ezra Pound is another famous example of this). It seems they couldn’t decide between angst or hedonism. But actually the constant travel may reveal an interesting parallel to today. In some circles, the utterly barren American culture of today has beenÂ answered with radical Europeanisms as an antidote. This makes sense, but is the hand overplayed? It’s as if there is an American era we are forgetting about. 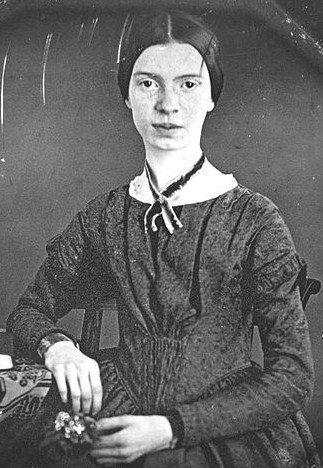 Ahhh, boring old 1800-1860. Did anything even happen then? Well yes, it was the cultural high point for America. It’s the closest thing we have to a Golden Age of Culture. American Transcendentalism is the perfect antidote to the angst of the 1920s onward. Think Emerson, Whitman, Thoreau, Emily Dickinson. It seemed like America was actually satisfied with itself for a few years. That Era wasn’t just ambitious (Herman Melville), it was also relaxed (Walt Whitman). Rather than go through them one by one, let’s describe them this way: rough and tumble, comfortable with death, at home in their own backyard.

But something still needs to be done about Ernest Hemingway. Mark Twain is the only answer. He is the official American author. No more Hemingway and Twain; just Twain.

If we say that not every notable author necessarily wrote a good book, then we should also have the courage to say: one bad book, or even a bad “stretch” should not efface a great author’s entire career. Maybe we want to dismiss Mark Twain as an old Radical. But the young, fiery Twain, was an Imperialist. Let’s replace Huck Finn with Tom Sawyer. Huck Finn wasn’t allowed to be a real boy. Young, rough-around-the-edges Twain has yet to be matched by an American author. Hemingway didn’t do it. 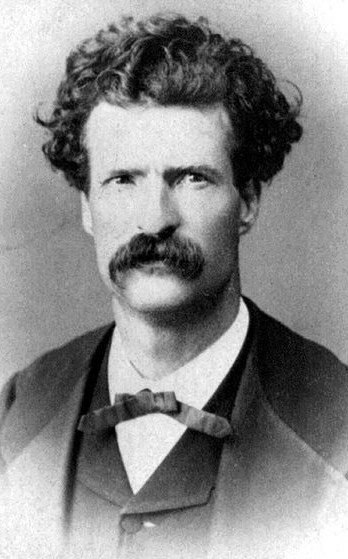 We need to pick up where the Transcendentalists and Young Twain left off. We all need to stop jetting around the world and the American Past like it’s a vacation or a museum. Put on a pot of coffee, rake some leaves, start a bonfire, and build the empire in your own backyard. One hundred years of culture (give or take) in between 1776 and WII is not enough time for a country to forge its soul.

The futilists | An Ecology of Star Systems