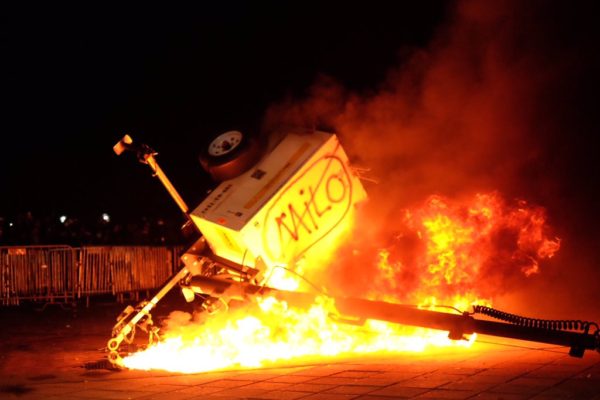 Americans woke up to find their country shattered by open political violence. Those who have some memory of history sigh and think, “It is happening… again.”

In fact, it is not America that is burning.

It is the West.

Since we adopted democracy — a form of egalitarianism, the central idea of Leftism — our nations have torn themselves apart in this way. We have fought two World Wars and countless revolutions. We have endured tyrants and insane systems like Communism.

All of it is driven by the same lust for power and self-importance that we see here:

History repeats itself. The Left is tearing us apart. There is nothing to unify us now, except money and politics. This is what happens when you replace a society of kings, culture and values with an ideology.

It will not end, until we end it. 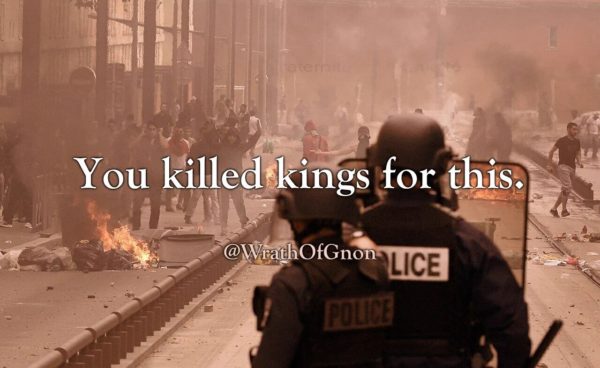 The only solution is to escape modernity, starting with the illusion of individualism/equality.

Our quest is not a race war, but a civilization reformation. We want to reverse the wrong turn we have made with equality, and to pick up the thread of history where it last was coherent.

This requires thinking differently and outside the box, and choosing methods that have worked since the dawn of time:

It will all burn, destroying all that is beautiful in the world, until we are living in a hybrid between favelas and a shopping mall.

We will destroy each other, with no one winning.

Or the burning will continue. Until one day, there is nothing left worth burning.