America Cannot Control Its Leftists, So Declares A State Of Emergency Over Possibly Upsetting Words 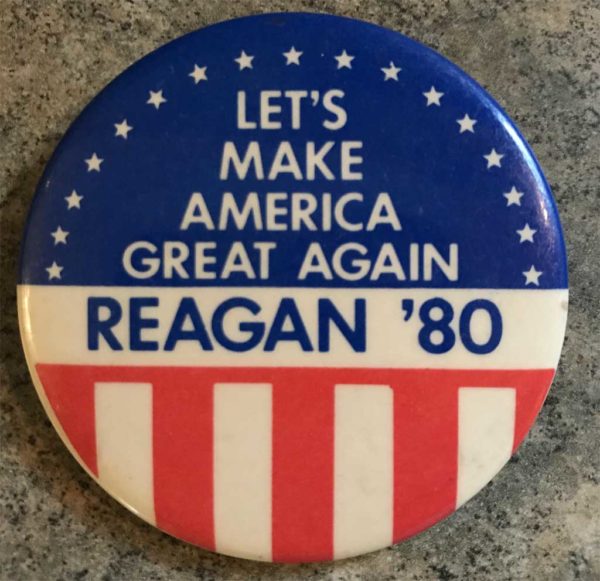 For the Left, success is easy because it uses the methods of a cult or criminal gang. You must declare an enemy who is obstructing the achievement of the only way to succeed, then show how that enemy is holding back the share of the loot that goes to each person, and then you must portray this future golden land in such a way that it makes your audience feel like it will solve all of their problems.

Modern Leftism has succeeded for the last seventy years by using race as a dog whistle. Racists are bad, so anything which is called racist is an impediment to progress, peace, justice, equality, happiness, legal marijuana, or whatever else they can make it stick to. Hillary Clinton attempted to do this when she mentioned the Alt Right in her speech, but really, she merely emboldened an already inevitable revolution.

People are tired of the age of ideology. It promised a golden land and delivered a Soviet wasteland covered in paste-on brick finish. It hoodwinked us by appealing to our lowest urges, basically for anarchy and unearned wealth, and then befuddled us with lust through sexual liberation, drugs through the culture war, and an endless array of theories which are basically irrelevant to anything but themselves.

As the Alt Right surge sweeps the land, the Left is reacting badly because they realize that, unlike the Right, the Left has only one wall around its citadel. If the theory dies, so dies the Leftist movement, and so they are doubling down on anything that can be used to defend egalitarianism, with diversity at the forefront.

Not surprisingly, panicked Leftists who are seeing their justification for their lifestyles about to go up in smoke are enraged and rioting. The Alt Right, betrayed by police at several events, has capitalized on this by essentially telling local communities that they either protect free speech, or the Alt Right will show up with Antifa in tow, and Antifa will then as usual burn, vandalize, loot and destroy.

Florida is trying to get out of this by declaring a state of emergency, which gives them expanded police powers:

Spencer is scheduled to speak at the University of Florida campus in Gainesville on Thursday.

Scott declared the state of emergency in Alachua County, noting that Spencer’s speeches in other states have in the past “sparked protests and counter-protests resulting in episodes of violence, civil unrest and multiple arrests,” according to the Tampa Bay Times.

…”The left wing establishment is built around anti-white policies,” Spencer told the group.

This is typical democratic thinking: instead of fixing the problem, stop whatever makes the problem visible. The Alt Right is a whistleblower telling America that not only is our multicultural nation-state dead in the water, but that our principles are all garbage, and we are living through the Fall of Rome 2.0 with only our social media presence to keep us from going insane.

Florida may declare a state of emergency, but they cannot stop the decentralized nature of riots. Now it is the Left, who usually uses riots as a weapon, who must face their own tactics used against them as the Alt Right instigates these riots by… speaking words that cause some people to question their existential value and path in life. Nothing more.

If we were looking for a sign that Rome has truly fallen, no better one could be presented than this ridiculous response to an innocent request to be heard.

Outsiders Forever: The Plight Of Near-Whites In White Society | Bullet To The Head (2012)