America Blows it in Afghanistan 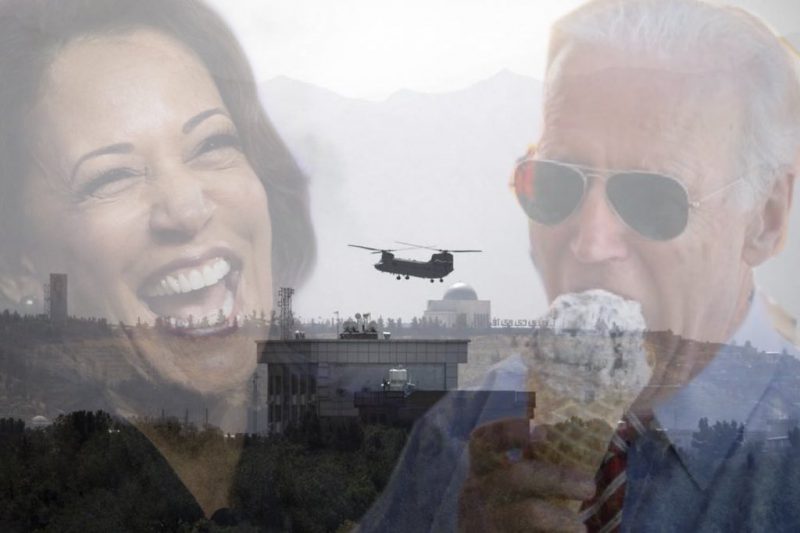 Yet again we see a democracy lose an easily winnable war because of its reliance on optics. The Soviets failed in Afghanistan because they could not decide on a strategy, the British had trouble with the same, and now the Americans learn yet again that if you wander out there without a plan, the world will hand you your ass.

In the same way, American democracy learned the same thing in Vietnam. If you go in, go in with a clear mission and throw out all other considerations. The first and only important job is winning; everything else might be nice if that happens too, but it cannot obstruct the mission.

America wandered into Afghanistan with what at first was a sensible ideal: take out the people who had supported al-Qaeda during the time it was attacking America. Not surprisingly, the American military machine won that one, but then to seize defeat from the jaws of victory, in came politics.

Amazingly, for a smart man, G.W. Bush fell into the same trap that America did in Vietnam; this was a trap of our own making, or rather, of the pathology of democracy. Instead of fighting to win, we decided on a “police action” to “nation build” and “spread democracy” as well as the usual laundry list of rights and special interest groups.

When you go into Afghanistan to conquer, you simply pound the enemy flat then march everyone who seems like they might be an enemy over the border into Pakistan. The guerrilla resistance collapses at that point. America did not realize that most Afghans want no foreign rule over them.

In the same way, the Vietnamese wanted their independence, and would make deals with whoever would offer that to them. In the end, they trolled themselves, since they are now a vassal state of China, but US policy required that people think far ahead toward that inevitability.

Similarly, Afghans under the Taliban are going to be congratulating themselves for their freedom, only to find that foreign occupying armies have once again taken up residency. For a place that prides itself on independence, Afghanistan seems to spend all of its time under foreign rule.

Once GWB started the police action, disaster was written into the scrolls of the future. The only way to stop a police action is to pull out, since you are not suddenly going to turn a tribal third-world society into a first-world democracy just because you copy-paste all of our institutions, industries, laws, and political system there!

Even more, just like the immigrants to the United States are generally low-quality people, since the good ones stay home and work for their people, the type of person who is going to serve in the government of an occupier is generally not a great individual, and is probably corrupt and self-serving.

Trump and Obama took one look at this mess and said, “Keep on carrying on.” Obama droned tens of thousands of civilians, probably killing a few thousand militants in the process, and no one objected because we knew who was funding, arming, protecting, feeding, and encouraging those militants: the same “civilians.”

Trump managed the war to the point that it was a minimal conflict and could go on in the background until he could find some local tyrant with whom he could make a deal: you rule yourselves, but claim we won, and we’ll quietly leave you to it.

Sound corrupt? It takes a horrible bastard to rule a country full of Taliban militiamen, and once you start a war like Afghanistan, there is no way to end it except genocide, deportation, or some kind of backroom deal that lets you walk away with head held high, having made your point.

America made its point in Afghanistan. Lots of Taliban will never go home again. Ancient structures have been disrupted. Even the drug industry took a hit, to a point (and, as happened in Vietnam, lots of supply sergeants retired early on the look-away bribes they took as heroin got shipped home on US planes).

Dying empires tend to wage these police action forever wars because they have accumulated enemies who know that the will of a democracy is weak. It will not crush its enemies; no, it will “police” them. It will not drive them into a nearby nation or the sea, and win permanently. It will make its war into another business and career opportunity.

Even more, we get the same scenes we did out of Saigon. The superpower, humbled, loses to a bunch of farmers, mainly because its politicians would not let it win the war. Their battlefield was the voting booth and the sound bite, not the bullet-pocked earth of Kandahar and Kabul.

For Biden, however, this serves his goal. He wants the US to be humbled, just like LBJ did in Vietnam. He wants for his international masters — finance companies, NGOs, and multinationals heavily invested in China and the rest of the third world — to break the will of the American people.

Like a tapeworm, his logic is simple. He wants to weaken the host so that it accepts him and his kind forever feeding off of it. Plan for tomorrow? Like all con men, he falls back on the idea that no matter what he does, the world will stay basically the same, so he has no culpability.

If you wanted yet another reason why Joe Biden should never have been anywhere near the White House, you got it today. Like Obama, he does not care at all for American prestige, competence, and wealth. He wants to make America his slave so that he can finally feel like a big man after years of being an also-ran.

Luckily Afghanistan shows us the end of American wars for democracy. We used to wage these with the approval of the world, back before our elections were stolen like what happened in 2020; we were the envy of the world, our Constitution functional, our industry amazing, and our future bright.

Let the Leftists in, like any carnies or hype-men, and they burn that all down. First they let in the unions, then they brought diversity, then we got lots of socialist-style free stuff from government that no one could vote out of existence and the courts expanded every generation.

Now America does not have a bright future. Its socialism means it will become a soy-state like the EU, its diversity takes it down the path to South Africa, and its unions will turn it into a Communist state in all but name, even more than they have now.

More than Afghanistan fell today. Under the hands of the Democrats, we are seeing America fall, and prepare to fall further.

Diversity = Communism | You Did Build That (Out Of Very Tiny Pieces)