All the Sanctimony, None of the Salvation

by Jonathan Peter Wilkinson on September 16, 2020 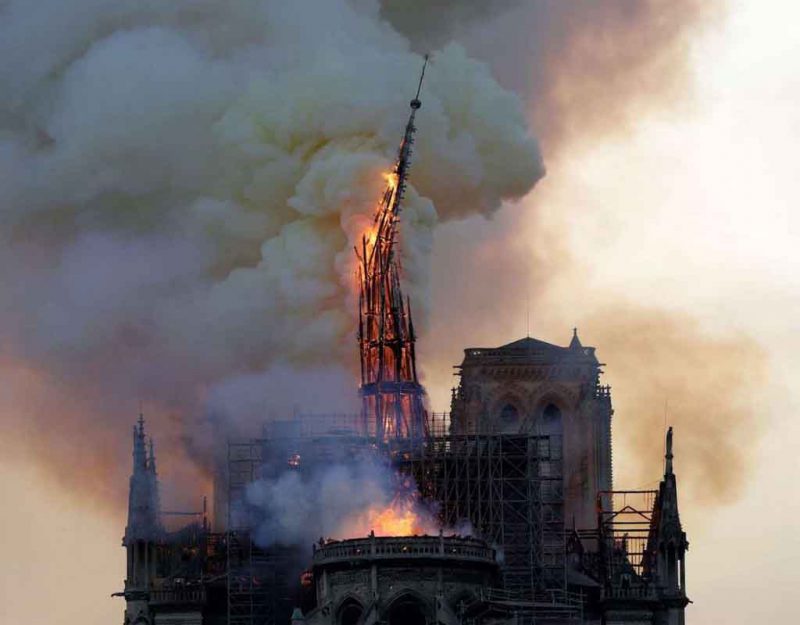 It’s not a pleasant thing when the monkey grabs the car keys. It gets less pleasant if said primate knows exactly where to insert the key and turn. The loud and predictable bang may well spell the end of your poor and loyal Family Truckster. This is easy to comprehend and probably worth an evil chuckle if it’s someone else’s Family Truckster. So what happens when the bug-ridden simian gets his grubby mitts on something like a religion or an ideology? Nothing particularly good.

Key-snaffling monkeys have been particularly malicious when they gotten to drive Christian Theology or its bastard offspring, Modern Leftist Thought. Angelo Codevilla tells us what happens when The Gospel gets monkey-hammered by The Millennial Heresy.

Always, millennial movements grow out of ordinary struggles. A few firebrands interpret the struggles radically, gather followers, and lead them along their own apocalyptic logic to bloody disaster. Social dislocations, as well as injustices, failures of leadership, and excessive expectations have been like tinder waiting for sparks. The crusades of the 11th and 12th centuries, the Church’s corruption in the 13th, the bubonic plague in the 14th, socioeconomic changes in the 15th, nationalism and the Reformation in the 16th—all spawned movements that shared characteristics with what, from the time of the French Revolution until our day, human beings have experienced as violent, revolutionary totalitarianism.

The Millennial Heresy refers to the promised Millennium from The Revelation. It’s when everyone gets to live happily ever after, give or take a few thousand years. This is sound Christian Theology until somebody offers to do away with the prerequisite Tribulation. When people tell the joke about getting to heaven without having to die first, this is the sort of magical thinking they are chiding with humor. It’s like playing Santa Claus without first melting the Visa Card over at Target.

The Millennial Heretic cons the audience by offering two things. They promise to painlessly forgive everyone’s sins and then punish “the real racists” or some other (((Goldstein))) instead. The painless forgiving of sins can either be religious or secular. The Christian version involves the baptism. This involves the death of the sinful version of me and then my subsequent rebirth as a saved and redeemed person.

But then a step gets skipped. That whole obligation to love my brother, humble myself, and renounce the self-obliteration of shallow, Earthly desires no longer shows up in the fine print at the bottom of the contract. You get washed clean and then sent to go play in the mud again.

The Post-Christian version of this 100% absolution is even less binding. You don’t even need to bring a new set of clothes and a towel over to the baptismal font. This is called virtue-signaling, and it’s as stupid as it is tempting. All I have to do to be saved is play Stuart Smalley from Saturday Night Live. “I’m nice enough, I’m smart enough, and gosh darn it; people like me!” That, or “I’m not one of the racists, sexists, capitalists, etc…” Once you’ve claimed that, the pearly gates are supposed to open and Stoned Jesus smiles a vacant smile. Except for the small print under this contract.

Unlike the real Baptismal Sacrament, The Millennial Heretic puts you on what I’ll call The Hateful Treadmill. In this heretical moral code, you don’t get to be virtuous in situ. There always has to be a racist, fascist, boogerphile, or some other villain to flash your virtue in apposition to. Then this Millennial Heresy enters its affective death spiral.

Virtue-signaling alone would just be ridiculous. They play their stupid games, win their foolish prizes, and then leave normal people to go about the enterprise of successfully living life. The virtue-signaling then becomes competitive. At that point, The Millennial Heresy unfolds in all of its evil and eliminationism glory.

When virtue-signaling becomes competitive, a simple statement like “I prefer to not be around left-handed ganja smokers and would like to avoid them” is not sufficient. An even more virtuous member of the millennialism anti ganja cult will start grabbing their blunts and crushing them on the sidewalk. At this point, an even more zealous virtue signal must then occur. Perhaps the hapless hophead is set on fire so he can know how his hash pipe feels.

The virtue-signalers are eventually forced to play it to the bone. Two things have to happen to ensure pure holiness. The unvirtuous have to be expelled, gassed, or Holodomor must occur. Then the movement has to address its pretenders and apostates. Robespierre always has to guillotine Danton. Charlotte Corday must bring Marat’s bath to a most unpleasant conclusion.

The virtue-signaling cult then becomes like an NFL squad three days before the end of camp. About half the people still around aren’t good enough to be among the best of the best. The Turk is coming. Then, The Millennial Heresy has reached its diabolical and destructive apex. There is all of the sanctimony, and none of the salvation. If the virtue-signaling cult rules, all beneath its sway gets diminished or destroyed.

Those who pretend-worship any faith or ideology really worship something else entirely. They worship the zero. They worship that which demands the sacrifice of all values of greater magnitude than itself. This is the reality of any Millennial Heresy. It is nothing more than an affective death spiral. It is an affective death spiral that entrains all that it can grab to an inescapable event horizon. This event horizon is infinitesimally close to the zero. This is because a virtue-signaler eventually can come to worship nothing else.