Addressing A Common Criticism Of Nihilism 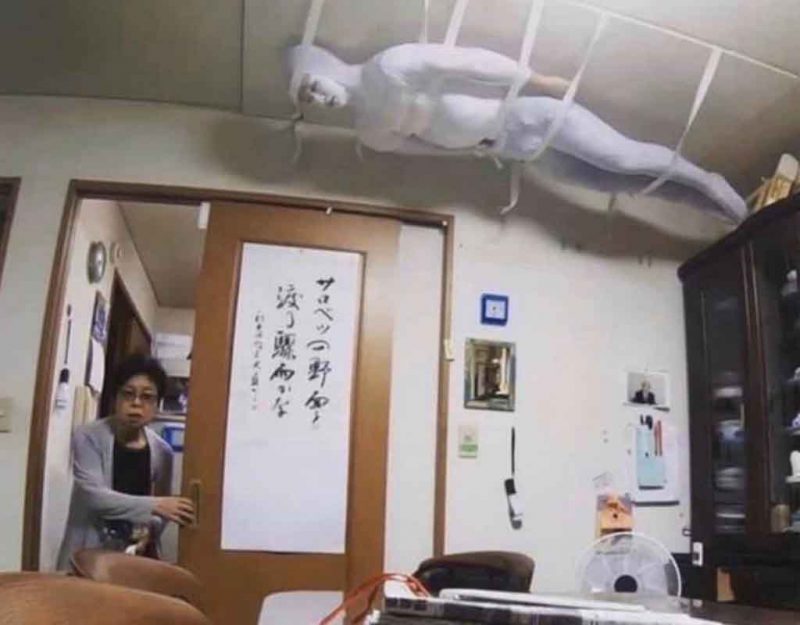 Nihilism confuses people because it represents a fundamental paradigm shift not in how we think about the world, but how we perceive the world. It reverses the inherent solipsism common to high-intelligence creatures and forces us to think of the world outside ourselves.

Not surprisingly, few understand nihilism beyond a media stereotype. The root of nihilism consists of a simple triad with bafflingly complex implications:

This gives us three parts:

We associate this most with Fred Nietzsche and his statement “there are no truths, only interpretations.” If we replaces “truths” with “universal understanding of certain facts,” then the statement expands to understanding, but is less pithy and therefore, less effective.

Our solipsistic minds like to project our perceptions as universal, or shared among other individuals and the world, when in fact our perceptions are ideas of how the world is based on what we can sense (touch, sight, smell, hearing, taste) translated into a mental mapping (a type of idea).

In fact, no such universalism exists:

We can look at a recent criticism of nihilism to see how widely the philosophy is misunderstood:

The Rubaiyat exemplifies many of the contradictions often found with nihilists. There is a supposed devotion to truth, which is not nihilistic. But the only truths on offer are skeptical.

The more modern form of nihilism comes from adherents of scientism. Some among the scientistic rejoice in their nihilism, while others are not aware of the vacuity of their own views. For both kinds, people are mere objects caught up in a sequence of events of which they are powerless to change.

…one reason the scientistic nihilist does not remain silent might be because he resents ordinary people. He is angry and alone. He wants the rest of us to suffer in the same way he does. Thus, he wants to call our attention to the “fact” that we are the playthings of our genes, or the result of random mutations and natural selection and nothing more, or reducible to atoms and molecules following the laws of physics. So, there is some pretense of a non-nihilist love of truth, but this truth is being used as a hammer to break the rest of us down and reduce us to the miserable state of the nihilist.

This mixes critique of the psychology of self-identified nihilists with the philosophy of nihilism and never really gives us a clear definition, which shows that things have already gone off the rails.

However, we can see some attributes mentioned:

The writer comes from a Christian perspective which presents a difficulty because Christianity sees the world in terms of good and evil; Jesus Christ attempted to resolve this by orienting people toward a focus on divine and natural order as an affirmative act, instead of merely avoiding evil.

In doing so, he made no claim of the universality of such activity. Instead, he seemed to understand that each would orient toward the same general goal, and achieve different niches within it, with the act of attempting providing the spiritual sustenance they desire.

A nihilist looks at this differently: life is random and natural selection is vicious, but the results tend toward beauty and goodness, which means that the order which produced this randomness has some tendency of its own toward the good. Humans exist within this order, but are not of it, meaning that our perception does not reflect it as a whole but our desires as organisms within it.

In that view, humans tend toward solipsism or assuming that the order of our minds contains the world and not vice-versa. We think that what we see is universal among all humans and reflects the natural order, when in fact it reflects one organism and its desires.

Such an organism will rationalize its desires, or explain them in terms that are acceptable to its social group, as a means of both manipulating others and convincing itself of the legitimacy and necessity of its desires.

From this we see the root of control: trying to organize the different critics in our minds and in our social group, we explain our desires as if they were universal as a means of convincing ourselves and others, rather than accepting that we have desires which may have a logical explanation.

The root of Buddhist “compassion” seeks to understand how desires are logical to those who possess them, accepting that the genetic/biological ability to perceive varies widely, as does the scope of time and space considered by each individual.

That form of relativism does not seek to universalize these desires as Leftist relativism does, but to see them as they are within the diorama of real life. Each organism acts according to its abilities to achieve what organisms generally seek, which is adaptation to its environment.

If we are going to quote Shakespeare:

All the world’s a stage,
And all the men and women merely players;
They have their exits and their entrances;
And one man in his time plays many parts,
His acts being seven ages. At first the infant,
Mewling and puking in the nurse’s arms;
And then the whining school-boy, with his satchel
And shining morning face, creeping like snail
Unwillingly to school. And then the lover,
Sighing like furnace, with a woeful ballad
Made to his mistress’ eyebrow. Then a soldier,
Full of strange oaths, and bearded like the pard,
Jealous in honour, sudden and quick in quarrel,
Seeking the bubble reputation
Even in the cannon’s mouth. And then the justice,
In fair round belly with good capon lin’d,
With eyes severe and beard of formal cut,
Full of wise saws and modern instances;
And so he plays his part. The sixth age shifts
Into the lean and slipper’d pantaloon,
With spectacles on nose and pouch on side;
His youthful hose, well sav’d, a world too wide
For his shrunk shank; and his big manly voice,
Turning again toward childish treble, pipes
And whistles in his sound. Last scene of all,
That ends this strange eventful history,
Is second childishness and mere oblivion;
Sans teeth, sans eyes, sans taste, sans everything.

Some would see this as utterly nihilistic; it represents a form of reductionism to the material, a type of skepticism and extreme realism that recognizes a facet of existence. There may be more, and the author does not claim that there is not, but intends this to be read among the rest of his work, and to represent the speaker only (Jaques in As You Like It) not necessarily (fully) the voice of the author.

Nihilism, contrary to what is often written, expresses a skepticism toward humanity. It recognizes that no two people can share the same experience, and that for this reason, esotericism applies: knowledge is cumulative and not available to everyone, with some almost entirely excluded for genetic/biological reasons, and others locked out until they complete the prior stage in the cumulative learning process.

More likely, what the anti-nihilists wish to express is a fear of self-pity and fatalism. This passage expresses that best:

A consistent brave nihilist would be a dead nihilist. In the Birth of Tragedy by Friedrich Nietzsche, King Midas captures “wise Silenus,” a companion of Dionysus, and asks him what would be the best thing of all for men. Silenus resists, and then laughs shrilly, saying, “Suffering creature, born for a day, child of accident and toil, why are you forcing me to say what would give you the greatest pleasure not to hear? The very best thing for you is totally unreachable: not to have been born, not to exist, to be nothing. The second best thing for you, however, is this — to die soon.”

If one fears suffering more than one desires beauty, suffering seems like the only question of importance in life.

When that mindset settles in, people might find themselves questioning whether they should bother to survive or, if they are so unfortunate as to continue homeostasis, do anything but bring themselves material comfort and distraction (“pleasure” to many) in the short term.

This assumes that pleasure is the absence of pain, when most likely, pleasure consists of some pain as well, but pain spent toward achieving something of greatness. The sculptor who labors on a great work may find himself with lots of back and joint pain, but he will forget it all on beholding the beauty that he has wrought in emulation of nature.

Fatalism and self-pity arise from a lack of the kind of transcendental direction that spurs people toward achieving things outside themselves which are consistent with nature, instead of trying to dominate and eradicate it like your typical “impulse to destroy” Leftist.

That lack of direction, and the disorganized mind that goes with it, originates in solipsism. Most people do not realize that they perceive the world through their brains, and they consider their perceptions to be reality, they way they consider tokens (truths, values, communications) to be reality.

Sentiment creates the root of that phenomenon. People either do what all organisms do and adapt to their environment, or they focus on something else in order to make themselves feel better, starting a cycle of distractions/rewards for evading real life that drive them further into their own heads.

When people find themselves in this cycle, they generally express sentiment, or a weepy self-pitying view of the world that consists mostly of excuses for not adapting, including rationalizations of their failed attempts and justifications for not adapting, usually in the form of criticism of reality.

If the authors of criticism toward nihilism were to look more seriously as the roots of the dysfunction they decry, they would find not nihilism but sentiment, and recognize that nihilism as skepticism of the human is the only way out of that predicament.