Absurdism Led Me to Nihilism 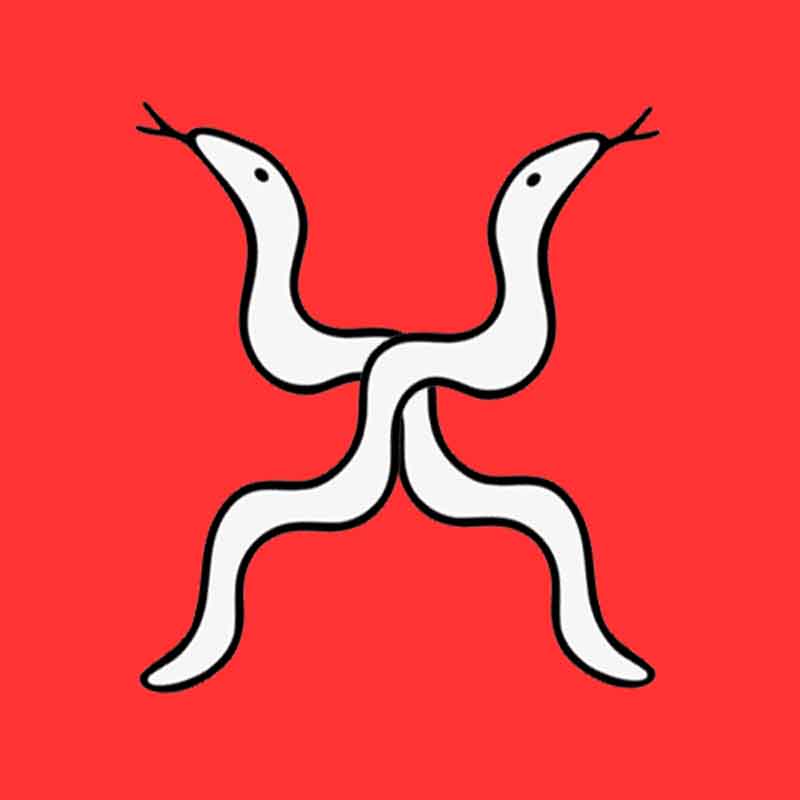 My sense of humor developed early in life from a reaction to the over-reactions of adults. It became clear to me that there were some things that made people nervous, embarrassed, and fearful all in one, and that we did not talk about those, which made them funny.

Consequently much of my early humor — and heck, looks like I am consistent through my later years — involved death, cannibalism, paganism, defecation, fascism, flatulence, and sodomy, since all of those were taboo when I grew up.

That was specific to a certain time and a certain ethnic mix to the United States. In Anglo-Saxon America, these were the taboos; other organizations from that era, such as the Church of Euthanasia, recognized similar humor:

Early on I recognized what I later came to understand as the fundamental or primal inversion: people talk about what they want to be true, which means they exclude that which could contradict their wishes.

That in turn excludes all “big issues” — consequences of actual import in reality — and replaces them with social conversation, meaning that we all talk about our hopes and keep out all that we fear.

Humans in groups will, if left up to themselves, make it illegal to talk about anything real, and mandate discussion of trivialities. By default, humans operate by social principles, not logical or realistic (observational) ones.

This is not to say that I would prefer some autistic society of oversharing:

Dave: Great! The new high-fiber diet is really working out. I just had a twelve-pound dump!

Me: (vomits directly onto windshield)

The problem is that people perpetually confuse social taboo with actual risk because to the individual, being socially ostracized counts as quite a bit of risk.

I remember being very young and realizing how adults panicked at mention of death or differences between people, which at that point simply meant that Jimmy ate paste and Susie was already doing algebra, and knowing that this was the path to death.

In the forest, which is where I spent most of my time when not obligated to go to school or church, recognizing reality accurately took a primary role and socialization became secondary.

When walking through the woods, you might encounter something dangerous — an unstable bridge, a serpent, a toxic plant — and it became imperative to recognize that risk, articulate it, and address it immediately.

If there is a venomous serpent lurking outside the borders of your camp, you do not have to panic and rush off to kill it, but nor can you just go full Libertarian and pretend the threat is not there.

People like me tend to operate in a binary state of mind: we drive off the threat, or we move camp, but we tend to like to disrupt the rest of the forest as much as possible. Unintended consequences can destroy you silently at a distance many years later.

If you leave it up to average humans, they will set up a cult of no-snake in the camp that denies that the serpent exists, much less is a threat. Anyone who mentions the snake gets driven out of society.

Then you have a group which agrees that there is no snake, and there is no risk, so they need to keep working on their navel-gazing novels, abstract art, and techno albums (the White people equivalent of mix tapes).

Natural selection does its work. When you drive out all the people who notice the hidden elephant in the room, which in this case is a snake and the fear of it, you end up with only the credulous.

This pleases the leaders who, like all people tasked with keeping a formless group of near-clones together, turn toward bureaucracy and therefore like having compliant and docile citizens to mold with their rules.

The people then swing into action. Now, they are actually injured… their symbol of beauty, purity, and innocence has been sacrified to illusion. Instead of striking back at illusion, they strike back at the symbol.

All snakes, especially the harmless ones because there is no risk of death in attacking them, are killed. Snakes are deleted from movies, burned in effigy, edited out of books, and removed from murals. Herpetologists get marched into the gas chambers, and anyone suspected of snake-allegiance is tossed in a gulag.

Pro-snake comments become viewed with suspicion. This mutates quickly into a distrust of people who are not rabidly anti-snake. It becomes normal to begin conversation with “I hate snakes, but for now…”

Whenever a competing nearby village, city, or tribe starts to succeed, they become called People of the Snake and are assumed to march under the symbol of two crossed snakes.

Soon this extends to iconography. Anything snake-like becomes suspect, such as ropes and hoses, or even using the letter “S.” People who insist that snakes are part of a healthy ecosystem become viewed as quacks and bigots.

The real damage happened long ago. Because the snake had been known to be just outside the camp, no one had ventured there. Crops had failed, trade collapsed, and now, enemies have moved to within sight of the entrance to the camp. Trash, which could no longer be removed from nearby, has piled up, causing disease and pollution of the water supply.

While swearing allegiance to the Anti-Snake cult, the citizens of this small society perish from sickness, war, and famine at the same time. They will go to their doom swearing that the snake did it all.

Seem absurd? Good absurdist humor requires a strong grounding in reality to be funny. Absurdism requires having the taboo intrude into the normal, so that suddenly the ordinary rules do not make sense.

My own sense of absurdist humor led me away from the herd (consensus, collective, trend, conformity) and toward a naturalistic view of life. We are creatures; our goal is to survive and then, if we can, thrive. Anything else is vanity and pretense.

With nihilism, one can reject the wishful thinking of others that they project as absolute, universal, and objective “truth,” and instead focus on what can actually be understood from perception of any situation.

Most people understand this to some degree through cynicism, or recognizing that other people are manipulative and seek only their own goals, which means that you cannot trust them except to tell you what would be convenient for them.

We have a great deal of cynicism toward our modern world. Most of us distrust it on some level. White people in particular view themselves as captives in a social bubble, where they know how to say and do the “right” things, but eventually get buried under so many layers of nonsense that they can no longer see what is real.

Our fetishism of the Other comes from this situation. White people have throughout history prized Gypsy dances, foreign religions like Buddhism, alien music like the blues and jazz, the wisdom of Amerinds, or other ethnic outsiders because we assume that they do not share our disease. This shows our cynicism toward the dominance of peer pressure, which has displaced reality and goodness in our over-socialized world.

However, cynicism has a dark side, in that at some point, it becomes the notion that everything on Earth but yourself is bad. That confuses two things: as in nature, most things in life are trying to use you or kill you, but that does not mean that life as a whole tends toward the negative; in fact, it benefits from this constant give-and-take competition, since it minimizes both stagnation and runaway power concentrations like the trends and panics that rule humanity.

Those runaway power concentrations represent most of what goes wrong with humanity. A species where social pressures have too much influence becomes prone to mass hysteria, fads, manias, and other forms of social trends that are by their nature reality-denying. Absurdism pokes fun at these by pointing out that a reality exists beyond the tunnel-vision fixation and fascination of the immediate moment.

As democracy enters its final days, taking down what is left of Western Civilization with it, social control has taken over nearly everything. Only opinions which deny the existence of a world outside of humanity are permitted, and realism has been made taboo almost everywhere. One can do nothing else but laugh, and prepare for what happens when the illusions fall.