A Postmodern Boston Tea Party, Or Not 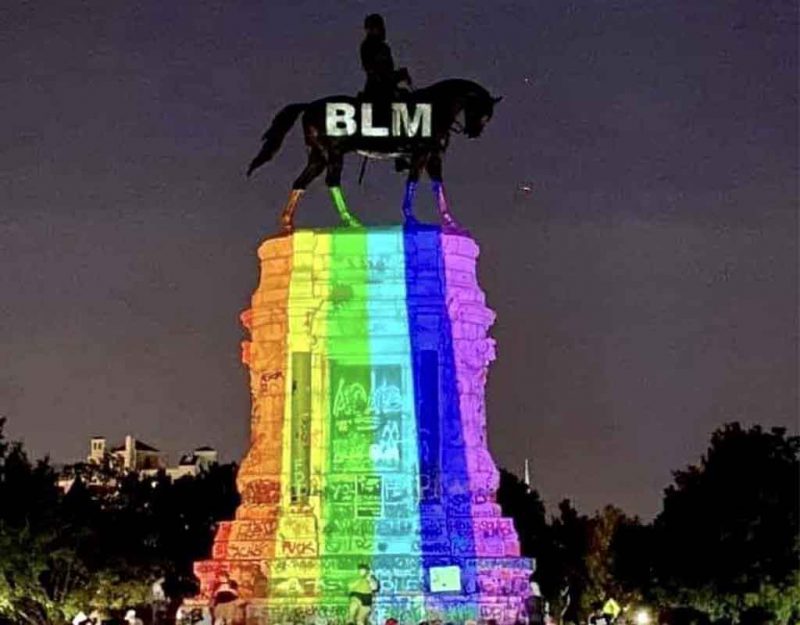 You may have come across this notion on social media: the riots currently destroying America are claimed as the moral equivalent of the Boston Tea Party.

This one scrolled across my screen at least three times. They want to equate BLM “protesters” (rioters) with the acts of the Sons of Liberty on the 16th of December 1773 in order to subvert a patriotic icon, a symbol, a holiday, or nation-defining moment by claiming: “See, it’s just the same!”

The leftist will be thrilled by this “gotcha!” moment, elated above the masses of strawmen dumb hicks that exist in his imagination, duly implanted there by media and academia. But more often than not these comparisons are out of touch with an understanding of history (and reality).

Yet in this case, there is a point. Their actions are indeed comparable: a people, ruled over by a far-away master they do not identify with, destroy that which they associate with said master’s power. Now, we do know that most of these “protesters” are more interested on getting a new iPhone through the good ol’ five finger discount or packing home a brand new TV. But for the sake of our comparison, let us entertain the leftist idea that these riots and looting are a deeply philosophical reaction to the evils of the white-capitalist superstructure, a righteous wrath to break the chains of oppression.

With this in mind, the comparison is somewhat valid. Even if there are historical details to the Boston Tea Party that would render it nonsense, let us entertain this. We must ask ourselves – what is the end to these acts? What could be the desirable consequence to the vandalism?

In the case of the Boston Tea Party, the answer was clear: independence. Their desire was separation from the British Empire, to no longer bear the yoke of unfair taxation. Now, as for the BLM rioters and their looting, could the same be stated?

The realistic answer is no. This is but a tantrum, an excuse to release tension, wreak some havoc as retribution. At worst, it’s pure, old fashioned looting for booty, something more akin to a barbaric raid of antiquity than to the Sons of Liberty, who have after threw the shipments of tea into the water.

Yet there is the potential for something better, something higher. The African-American should seek to make that end his own – separation from a state that does not represent him, will never understand his reality, and wherein he will eternally be an outsider.

That the African-American is an outsider in his own country is an idea the left adores, though never truly understanding what it entails. America, as a nation created and defined by WASPs, with an emphasis on the W, will only be able to accommodate black people at the cost of betraying its ethnic foundation. This, of course, can only be achieved with the project of diversity, one we know to be irredeemably deluded, ever-culminating in the erosion of societal trust.

Due to demographics, whites remain a thin majority. The white man, as well as all other non-black races, will remain ever suspecting, ever weary of the violent outbursts of the black man, who in turn will feel eternally maligned by a nation that shipped him to American soil unwillingly in the first place.

Diversity generates a vicious cycle of hatred which history has shown to always end in one of two ways: the subjugation of one group, the taking of its women by the other and subsequent miscegenation; or the utter annihilation of the weaker side. And while the ethnic majority of America remains tame, weak and delluded, the bet might seem enticing. Yet it remains a bet, nothing ensures the this majority remains weak in the coming years, and the escalation of conflict is the best way to awaken a sleeping beast.

Black Americans should make a claim of territory, be it within American or Africa, migrate there and form their own society, ruled by their best and answering to authority of their own blood. Here they should foster their culture, a new culture for a new generation, to whom the white man is but a memory or a foreigner.

Such would be the aspiration of a dignified black nationalist. And never again would a black man be under the heel of a white policeman.

Of course, independence involves both freedom and responsibility, with the latter strongly disagreeing with the nature of groups such as the BLM, which rallies under the flag of the inherent “irresponsibility” of blacks, of having the cake and eating it too. Any proper black nationalist will have to face the slave morality of diversity-sponsored black movements, if he is to have his existence outside a white world ever justified.

Collective Bruises and the White Fantasy | When Death Calls