A New Generation Finds Evil In “Magic: The Gathering” 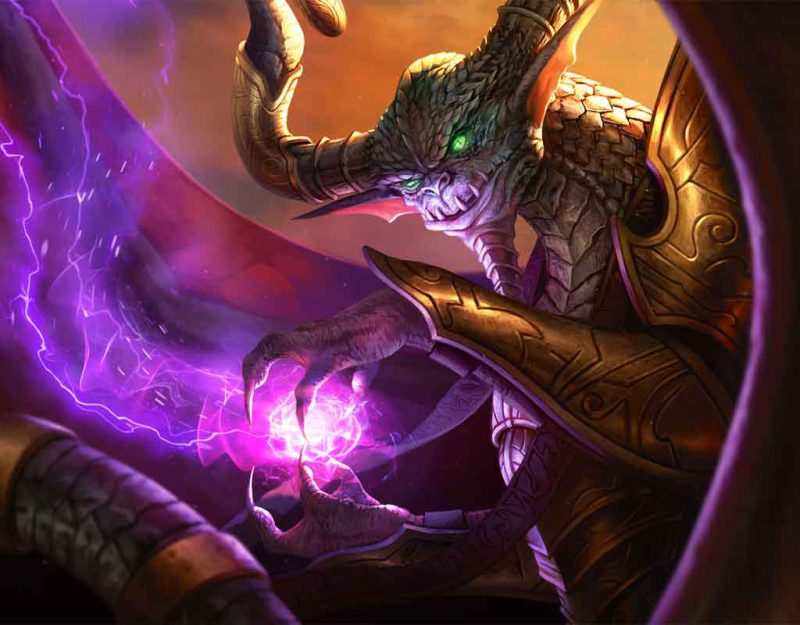 Political movements can be contained when you are still allowed to laugh at them. When humor dies, lot’s of human beings tend to experience greater loss than would normally occur. Racism, you see, is hiding in the bushes until it can break in and crawl under the bed. Systemic racism is everywhere. It’s as if it were algorithmic.

How subtle is the seep of fashing facism? Magic: The Gathering deals racist cards from the bottom of the deck. We now have to have SJW The Reckoning. Seven (((Goldsteins))) have been shot as traitors.

The affected cards are Invoke Prejudice, Cleanse, Stone-Throwing Devils, Pradesh Gypsies, Jihad, Imprison, and Crusade. These cards are banned from all tournament sanctioned play. Their art will be removed from Wizards’s official card index site Gatherer and replaced with the following statement: “We have removed this card image from our database due to its racist depiction, text, or combination thereof. Racism in any form is unacceptable and has no place in our games, nor anywhere else.”

Why would Magic The Dorkening become so blessedly woke? They don’t want what Bill Murray in the movie Stripes described as The Aunt Jemima Treatment. Just kidding. Quaker Foods is getting a totally different Aunt Jemima Treatment in our woke and glorious new leap forward.

As an example of “consumers’ expectations,” NBC quoted Riché Richardson, an associate professor at Cornell University, who said Aunt Jemima is “a retrograde image of black womanhood on store shelves.” “It’s an image that hearkens back to the antebellum plantation…Aunt Jemima is that kind of stereotype is premised on this idea of Black inferiority and otherness,” Richardson said. “It is urgent to expunge our public spaces of a lot of these symbols that for some people are triggering and represent terror and abuse,” he declared.

When it gets down to brands of pancake mix and game cards from the alabasterine nerdcore, SJWism is truly able to destroy. You can’t destroy the whole until you can identify, segregate, and individually ruin each and every part. The grand statements, the Solipsistic State of Obama Addresses, and Chuckles Schumer in a Kunta-Kinte outfit are all so bad that they are funny. When drab, gray, beetles of bureaucracy are literally redefining every step of your journey through life on down to the contents of your pointless Magic The Dorkening Decks, this is no longer funny.

You may recall that in the past, Magic: The Gathering faced the most intense criticism from religious groups who felt that its contents were Satanic:

A new controversy is brewing over a popular children’s card game called “Magic: The Gathering.” Steve Kosser, a school psychologist in Pound Ridge, New York, explains the serious nature of the game.

“Here’s a card that says you’re going to drain the life of your opponent, and here’s a card specifically called demonic consultation. This is a pentagram in the back, which is a symbol for Satan,” he explained. Kosser says the game promotes occultic themes like Satanism, witchcraft, and demon possession.

It is serious the way things are when you are now surrounded by people too stupid, earnest, and convinced of their own terrific self-righteousness to ever get humor. Maybe it’s not all fun and games ’til someone puts an eye out. Maybe the eyes get put out when you can’t even be allowed to enjoy a few silly and fun games. Evil is like that. Self-righteous, brutal, unfunny, and perpetually hyper-serious about that which they are too stupid to in any way comprehend and deal with. When someone’s deck contains the SJW Card, the fun and games are all over.

We Have Reached The Bezmenov Point | How They Turned Us Into SoyFroots: Sugar Addiction