A Modest Proposal To Reverse Ecocide 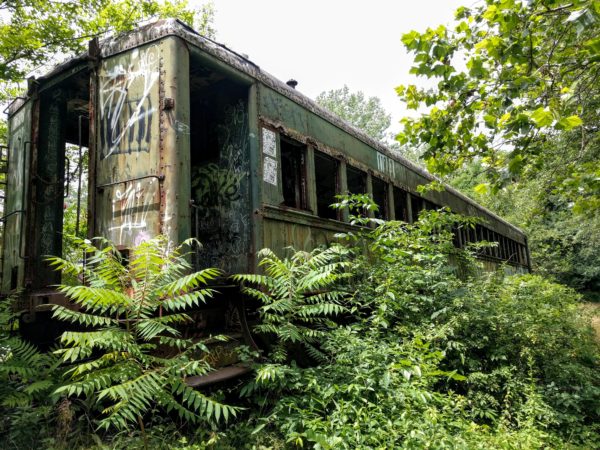 So our last edition of Outliers included a depressing factoid. According to an article published in Current Biology we have lost 10% of our planet’s remaining wilderness area in the last 20 years. Here’s the takeaway.

We discovered that a total of 30.1 million km2 (or 23.2% of terrestrial areas) of the worldâ€™s land area now remains as wilderness, with the majority located in North America, North Asia, North Africa, and the Australian continent. An estimated 3.3 million km2 has been lost since the early 1990s (approximately a 9.6% loss in two decades; Figure 2), with the most loss occurring in South America (experiencing 29.6% loss) and Africa (experiencing 14% loss).

This would suggest that a lot more human activity is intruding into areas that were once free of primate subjugation. Yet, simultaneously, humans are increasingly abandoning many of our failed cities to the maximum extent they can afford to. So that brings up a question: if humans remove wilderness areas when we spread, why not let wilderness take back over place we decide are undesireable? It’s a good question. Would tree squirrels manage Flint, Michigan much worse than the current state and local governments? I jest, but only to a degree.

When human society decides an area is no longer economically viable for use, why not put it to a God-worthy purpose? Are we not the stewards of all creation? If so, shouldn’t we replace what we no longer find viable? Replenishing that which we exhaust could come in rather handy fifty years hence. I see no reason to believe we won’t burn over the next few patches of turf we inhabit as well. The track record doesn’t guaruntee future performance, but it does give you the best set of probabilites to guide your next wager.

Re-Wilding has recently achieved some success as smarter, more enlightened defenders of nature have made common cause with a variety of philanthropists, outdoorsmen, and corporations looking for public goodwill merged with state and Federal tax breaks. The Alabama Forever Wild Land Trust is one example that gives me an opportunity to brag about people close to home. Ultimately, all the strategizing comes down to one issue. Wilderness that is privately held; by beneficent patrons, that strongly prefer that it remain wild, can best remain perserved.

To make up for De-Wilding, there needs to be a concerted movement in favor of Re-Wilding. Outdooralabama.com^15 maybe. It would have to work something like this.

The Tragedy of The Commons doesn’t occur on private property with robust and enforcable rights. People who care about saving the planet should put their money where their mouth is. Anyone who has read Ecocide In The USSR knows that the CCCP had much stronger governmental environmental laws in force than the US would ever willingly pass. Almost by definition, wilderness will never economically benefit the state unless someone is charged taxes on the land. The more powerful and expensive the state, the worse it will be penalized when land remains uninhabited wilderness.

If we want land to be wild, we will increasingly have to take that land and recreate it into such a state. That is the increasing cost of heading off the ecological form of soft apocalypse.

The Uppity Negro | Organizational Values In 2016