A cynical seizure of power 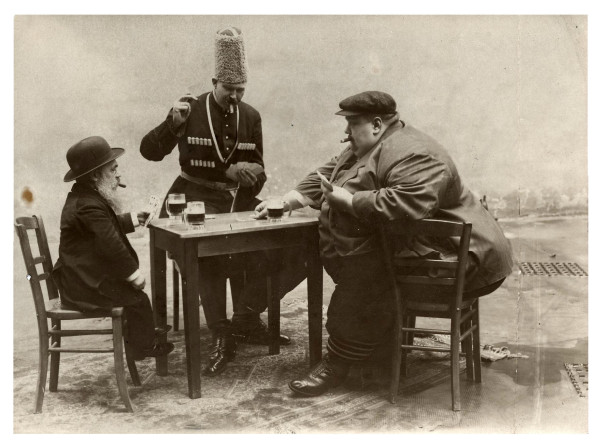 The new government of Greece has discovered it cannot make good on its anti-austerity promises. In particular, the particular reality that the money must come from somewhere has come home to roost, after the election of course.

Cynics — those who view unimproved human beings as self-serving at the expense of others — would say that this was the plan all along: promise what cannot be delivered because no one else has the audacity to tell a lie that big, take power, and then ask for forgiveness for being unable to do the impossible.

In whatâ€™s turning that nightmare into reality, Greeceâ€™s month-old anti-austerity government led by Prime Minister Alexis Tsipras had a rude awakening last Friday when German-led pressure forced it to pedal back on most election pledges in the face of national insolvency. On the streets of Athens, Greeks used to political flip-flops in the five years of their odyssey to financial health are taking what has been a capitulation in their stride.

â€œWhen you have your hand outstretched and they say thereâ€™s no money, thatâ€™s when you put your hands up in the air,â€ said Alexandra Dimopulos, 60, a retired civil servant. â€œYou may have all the good intentions in the world but that means nothing when you have no money for them.â€

Before we get into bashing the Greeks for making an obviously stupid decision, let us consider that American voters have just done the same thing. In demanding the internet revert to its pre-1993 state and forward traffic equally between nodes, which ignores the changes in infrastructure and technology that have occurred since that time, the American voters have handed regulation of the internet over to the FCC. That government agency has also promised something it cannot deliver, but in exchange for the promise alone, voters have given it the power to regulate a new medium and through that, extend its relevance past what was a failing gig monitoring radio and television which are now of less importance.

In short, the voters just pledged their money and a limitation of the flexibility of the medium for the indefinite future in return for a lie that was an obvious lie at the moment it was made. They seem to do this every time: media hypes a problem, people demand a one-dimensional immediate solution, and government stands up to offer a solution like an advertiser offering product to the consumer stream, and the voters buy it. In two weeks they will not remember, having rushed on to other pleasures and panics, and the power will remain. It will be very hard to dislodge. The voters are insulated from seeing their own bad decision by the fact that they will not remember enough to connect cause with effect, that their voting created a power that was then abused, and by their tendency to simply go into denial and plug their ears with their fingers and ignore their own culpability.

So it goes in democracy, when only those who deliberately tell lies can get ahead, and those who attempt to tell the truth are drowned out by a herd of egotists who want to give their money instead to someone who promises the impossible and like a snake oil salesman apologizes later, and offers them a discount on their next purchase.