A Cautionary Tale About Diversity 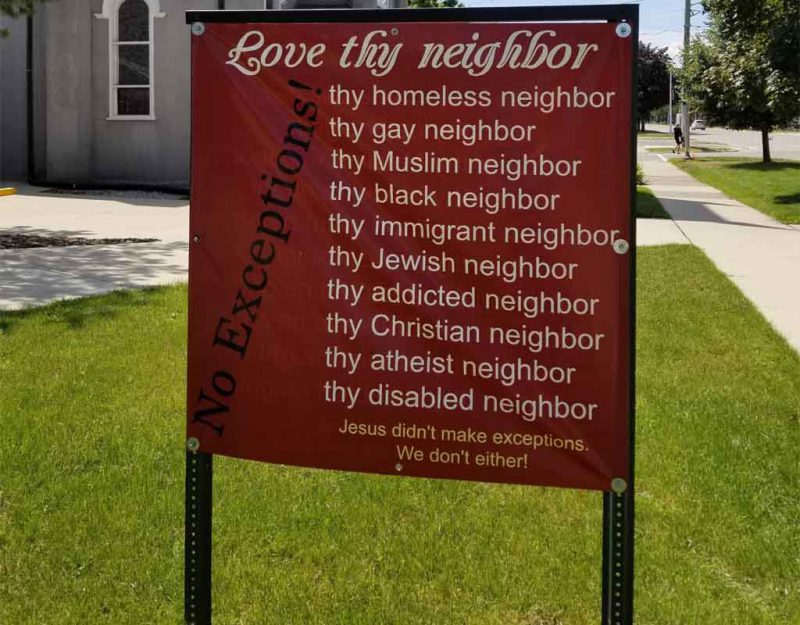 Let us remember the glories of the Ottoman Empire and its famed religious tolerance:

The Ottoman Empire was the most religiously diverse empire in Europe and Asia. Macedonia, the southernmost Balkan regions and Asia Minor, which formed historically and in the minds of late Ottoman elites the territorial core of the empire, housed large groups of Christians and a significant number of Jews. Religious diversity characterized the core regions of the Islamic empire. Struck by an existential crisis beginning in the late 18th century, the Ottoman state undertook reforms, declared the equality of its subjects, willingly maintained its diversity and even institutionalised the cultural and religious autonomies which it had given its Christian and Jewish communities.

This sounds about as good as things can get. Multiple ethnic groups and religions, co-existing together under the same roof, united by a strong legal and political culture of tolerance. Pluralism proven right, it seemed to offer The Enlightenment™ vision of human reason triumphing over nature incarnate.

In reality, the religious and ethnic diversity of the Ottoman Empire led to internal frictions despite a promising start:

Special attention was paid to restoring Istanbul’s industry and trade, with substantial tax concessions made to attract merchants and artisans. While thousands of Christians and Muslims were brought to the city, Greeks and Armenians were disinclined to accept Muslim Ottoman rule and sought to secure new European Crusades. Mehmed thus gave special attention to attracting Jews from central and western Europe, where they were being subjected to increasing persecution. The loyalty of those Jews to the Ottomans was induced by that of their coreligionists in Byzantium, who had supported and assisted the Ottoman conquests after the long-standing persecution to which they had been subjected by the Greek Orthodox Church and its followers.

Under Ottoman rule the major religious groups were allowed to establish their own self-governing communities, called millets, each retaining its own religious laws, traditions, and language under the general protection of the sultan. Millets were led by religious chiefs, who served as secular as well as religious leaders and thus had a substantial interest in the continuation of Ottoman rule.

Friends of Amerika will note that this meant that the Ottomans effectively set up Chinatowns, or ethnic enclaves allowing parallel diversity in the empire. Over time, however, this system broke down when it became clear that only one group could lead.

That in turn prompted a discovery of nationalism which was reactive more than proactive, and this caused decline at the peak of Ottoman power:

Culturally, Bayezid stimulated a strong reaction against the Christianizing trends of the previous half century. The Turkish language and Muslim traditions were emphasized.

Over time, however, the religious tensions resulted in a sorting within the empire which saw the Muslim majority win. This resulting in a homogenization process at at the end of the empire in response to several centuries of revolts and dissent by local lords:

In 1914 the total population of the Ottoman Empire was approximately 25 million, of which about 10 million were Turks, 6 million Arabs, 1.5 million Kurds, 1.5 million Greeks, and 2.5 million Armenians. The population of the empire (excluding such virtually independent areas as Egypt, Romania, and Serbia) in the period immediately prior to the losses of 1878 is estimated to have been about 26 million. Natural increases and Muslim immigration from Russia and the Balkans virtually made up the losses, and in 1914 the population was increasingly homogeneous in religion and language, though a variety of languages continued to be spoken.

Despite this, some outlier populations became targets for genocide in the last years of the empire, including Armenians and Pontic Greeks:

Between 1914 and 1922, around 350,000 Pontic Greeks out of a population of around 700,000 were killed. Almost 250,000 fled to Greece, while others sought refuge in the USSR. Although their dialect has the same roots as the language spoken in modern-day Greece, the Greeks could not understand the refugees who arrived.

“We consider ourselves descendants of the Argonauts, who set sail from Greece looking for gold and silver,” said the organisation’s president, Theofilos Kastanidis. When I met him, some members of the group were rehearsing a play in Pontic dialect in the main hall. Kastanidis explained that the syntax of Pontic is the same as Ancient Greek, but many of the words are completely different. It also contains sounds that do not exist in modern Greek, such as ‘sh’ and ‘ch’.”

Although everyone I met was passionate about keeping Pontic customs alive, they admitted that it becomes harder to pass them down the generations the longer time goes on. “My children understand Pontic but they do not speak it at home,” Kastanidis said. “Young people are more likely to put their time into learning English or other second languages.”

From this we can take an important lesson of history: diversity can be made to work, especially if done in parallel within a nation-state or empire, but eventually, one group must win out, and as it experiences instability arising from the diverse nature of the state, it will turn on the others.

Diversity seems like a Utopia, until it ends in civil war and genocide. We will learn the same thing in the modern West, or we will suffer the fate of the Pontic Greeks of the Ottoman Empire: a small and diminishing community, slowly losing its ways and being absorbed by the remnants of civilization around it.