What Was Your Great Awakening / Red Pill Experience Like? 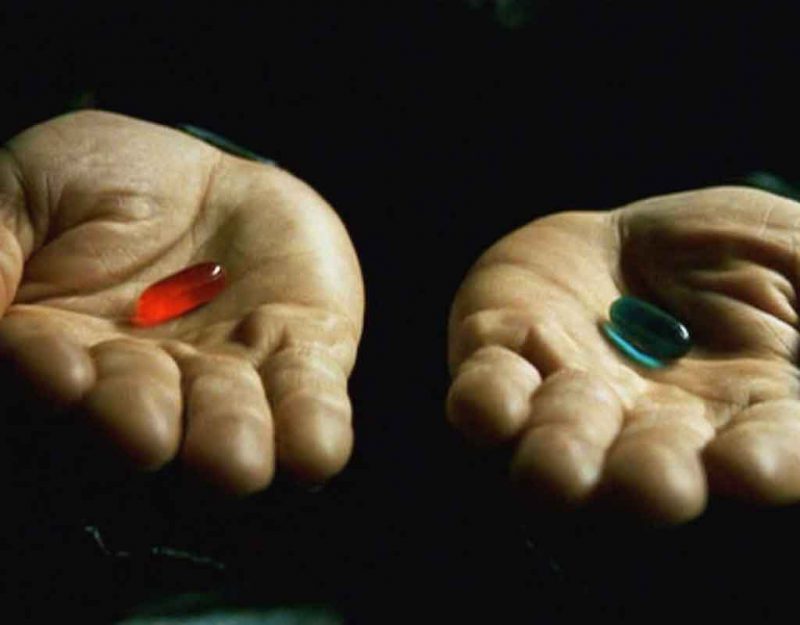 Polar philosophies require a sense of symbolic right and wrong. These are different from realist philosophies, which tend to say “if you do y you get x” and realize that not everyone wants a good result, which is why we have hierarchy.

Our modern times, which we might call the “blue pill” from the horrible Gibson-ripoff Matrix movies, relies on a polar philosophy: equality = good, everything else = bad. When part of that starts to erode, the rest falls rapidly. We call this a Great Awakening.

Your Great Awakening began with a “red pill” experience. This was a moment in time when you saw through the official narrative, agenda, and explanation; some detail of modern life revealed itself as fake, and you chose to believe your eyes instead of what you have been told by everyone since birth.

These are important because when one part of the modern narrative collapses for you, the rest is sure to follow. You will awaken on race, perhaps, or socialism, and move on to see how this society intends to crush the family, erase culture, and ultimately replace you with a mixed-heritage grey race.

For many of us, the awakening begins when we get red pilled on diversity. Once you see it in action with enough diversity to manifest changes to the surrounding culture, it becomes clear that diversity is not our strength, but our suicide.

American Renaissance has been running a series of first person accounts of racial red-pilling and how this led to further awakening. They need more.

American Renaissance (AmRen) wants to hear from you. (Watch Jared Taylor here, making an appeal to “Tell Us Your Story”.) How did you develop a worldview that puts you at odds with the country’s political class? Did you discover the truth because you attended a forcibly integrated school? Was it having to deal with crime and life in the ghetto firsthand? No matter how it happened, we want you to write about it.

AmRen regularly publishes essays by people just like you about how they “saw the light” and turned away from the lies and misdirection fed to them by the mainstream media, school system, and political class. We want more stories like these, and that means we want to hear from you. If you would like to write about the experiences that forced you to realize that race is important, please email me, Chris Roberts, at [email protected]. Your name and email address will be kept completely confidential.

As the Left collapses from the Great Awakening, many more are leaving the reservation, and these firsthand accounts help drive others away from the Big Lie of equality which has become weaponized into diversity and socialism.

My suggestion is that you focus on the moment that your viewpoint changed, when the illusion cracked and you realized that it was an illusion because what it said about race and ethnicity was not in fact true. Tell how you got to that point, and then how you saw the rest of the mirage fall.

As time goes on, it becomes more important to get the best of our people out of the mental ghetto of egalitarian thinking, and on to see that life is cause-and-effect not just a question of what individuals and social groups want.

If you tell your story, more may follow you in leaving behind this toxic lie and moving on to the fresh air of realism.

1965 | Trump Needs To Declare A Constitutional Monarchy In America