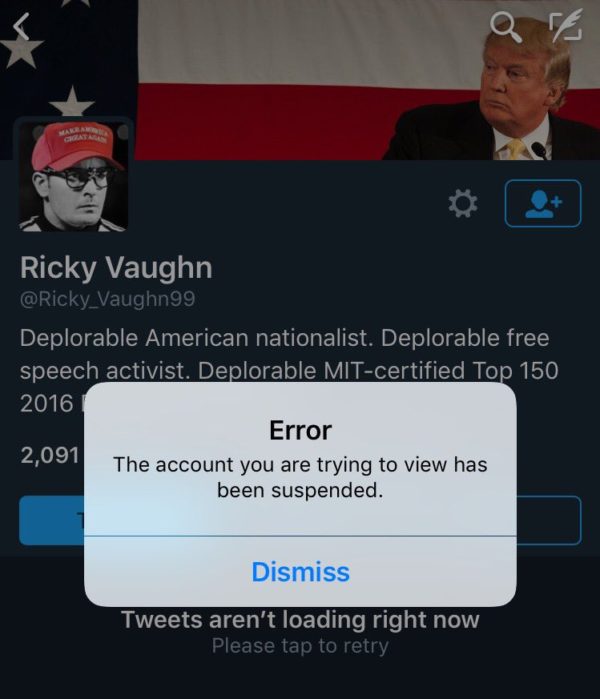 Internet safe space/hug box Twitter, which is currently looking for a buyer for its dying business, has begun its purge of right-wing accounts after increasing its use of shadowbanning over the past weeks.

This new purge has begun with the banning of popular account Ricky Vaughn, and Trump and Alt Right supporter known for his witty insights and fact-based research. At the time of its suspension, his account was posting election data from the absentee ballot race in North Carolina. 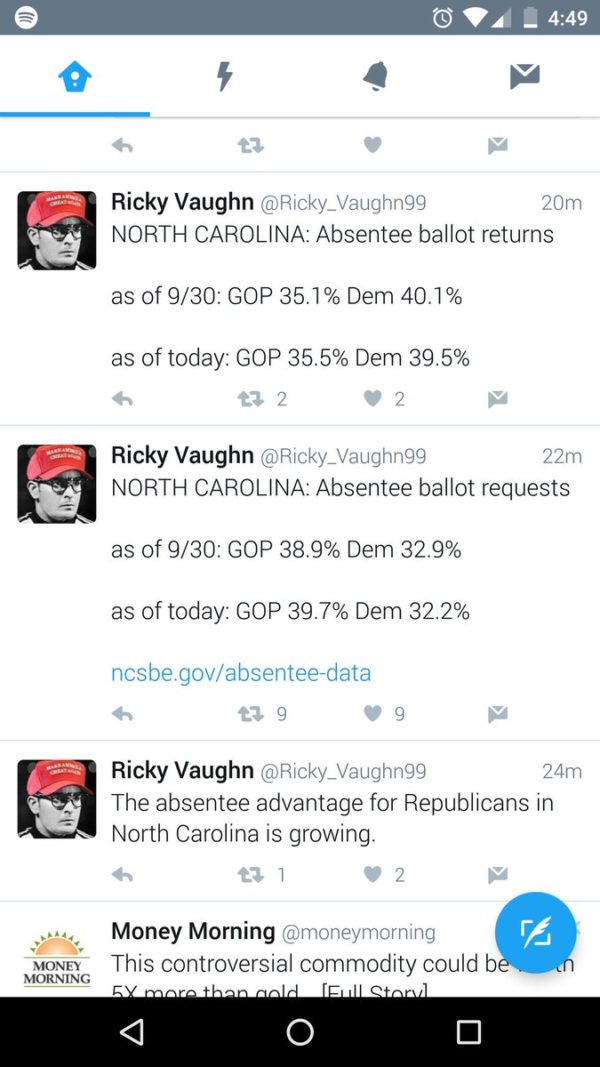 In the meantime, you can find Ricky Vaughn on a free speech chat service, gab.ai, at gab.ai/Ricky_Vaughn99, where he is continuing to tweet election data and riposte to the dominant illusions which threaten our future.

People are discussing his Twitter ban at the hashtag #FreeRicky (and also on Twitter, but they do not deserve a link).

It has been said here before but must be said again: the problem with ideology, like Leftism but unlike Rightism, is that you are demanding a human intention be superior to the workings of reality. This means that any other system of thought must be viewed as competition or subversion and destroyed.

Twitter staff have been demonstrating increasing allegiance to the principle of Leftist censorship as the election approaches. This shows the instability of both Leftists, who are weak after seventy years of rule in which none of their promises have come true and results have in fact been far worse, and Twitter, which is another dying dot-com dream.

Update: Twitter hashtag #FreeRicky is #1 nationwide as of a few hours after @Ricky_Vaughn99’s suspension. 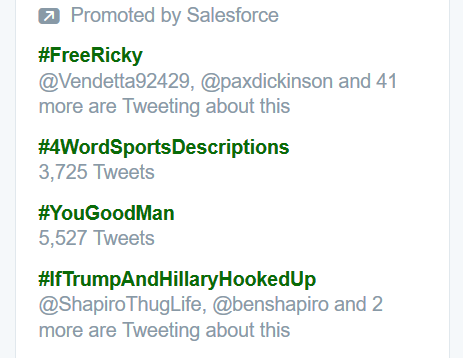