The postmodern abyss of college 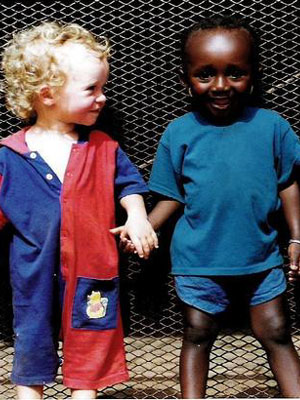 In a liberal arts college, the only thing campus progressives seem certain of is nothing. They are certain of God’s absence, race’s social construction, and gender’s ambiguity. No objective truths can be found and everything, particularly culture, is relative.

Their certainty in nothing only gets stronger; if you dare challenge them, Godwin’s LawÂ is quickly invoked, you are told toÂ check your privilege, to stop accepting everything your parents told you, etc. This may disappoint some readers; but most people on campus who disagree with the progressives have learned to just passively ignore them; trying to start a debate is relatively futile, usually leaving you exhausted and angry. It is generally better to just take the path of least resistance and let them feel superior.

Admittedly, because of the above strategy, most progressives are fairly convinced that just about everyone they keep company with is on their side — giving them the impression that our college campus is a little bubble of enlightened youth. Although I was initially jealous of even being under the illusion that everyone on campus shared my views, upon further examination, their situation is far from pleasant.

Silencing your opponent can only get you so far, and as a general rule being the loudest opinion in a room is not the most effective strategy for getting others to side with you. On campus, progressives derive their strength from unusually strong numbers and the easily invoked claim that ideological opponents are eroding the college’s “Safe Space” policies. The situation is very different off-campus. People actually express their surprise to me that a co-worker of theirs at Super America did not think much ofÂ Critical Race Theory. Progressives are astounded that a few state-school students they ran into at a concert give them blank stares upon hearing the phrase, “false gender-binary.” Since progressives run the show to such an extent on campus that some colleges even have a, “Conservative Support Group,” no debate skills are ever honed. Once outside of their element, they are shocked at how little interest their beloved working masses have in Radical Feminism.

As the year goes on, I have noticed how much this gets to them. They have no idea what they are doing wrong – everyone in their Social Science class agrees with them, so how is it that the whole world is against them? Two minorities that fall into the “progressive” grouping have found answers: the Liberation Theology clique takes comfort in God, and the strict Marxists remember their belief in Hegelian inevitability.

However, the far majority of these progressives find both God and strict Marxism horribly trite and outdated — thus are left adrift — and what happens next is almost identical every time. The first reaction is righteous indignation, and their demeanor becomes more aggressive than usual. Then the anger becomes somewhat more contemplative and less in-your-face. Next comes a kind of sadness, a sense of futility. Finally, the real trouble starts, and a spiral of deep depression sets-in. Many terms come close to describing their predicament:Â postmodern vertigo, existential crisis, depression, or melancholia – but none quite get it right. They realize their deficit of fundamental axioms, a basic moral compass to guide them is lacking, and a series of contradictions hit them all at once. They do not doubt their moral high ground on the topic of gender-neutral pronouns – but they reject any notion of objective truth. Life has no meaning – so they must make it for themselves – except the battle they have chose suddenly seems utterly unwinnable. Any notion of God is for the birds – but they yearn for something bigger than themselves. They have everything figured out – but are still unsatisfied. So what are they to do? What happens next?

Suddenly Albert Camus’ bibliography is rapidly ingested; there are suicide scares, drugs and alcohol are consumedÂ en masse. The whole scene is quite sad, but strangely, few come out of this experience changed. The prolific drug use continues, but God is not found, and bombastic debates are had again.

Academia’s Cultural Marxist legacy has put young progressives once filled with hope in an odd position. Every adage of Western Civilization has been abolished, but a new axiomatic system to replace traditionalism has not been set up.Â Derrida will teach you how to debase every culture or truism, but no conversion of beliefs takes place, only an iconoclastic and vaguely progressive opposition to the world is left. However, outside of the Academy most people still cling to their Gods and guns and do not bother readingÂ Judith Butler, and these people are comfortable doing so – they are not looking for something more fulfilling. Campuses turn into negative-feed-back loops – dormitories house lively debates on whether or not a John Maynard Keynes was a classist – but no one in the real world cares. Although this phenomenon is rarely vocalized, people slowly become aware of it – cue the cocaine and Camus.

The best off-campus example of what this mentality looks like was the “Occupy Movement” – groups of over-educated people coming together and saying “no” to everything. With onlyÂ one in fiveÂ protestersÂ over the age of forty-five, andÂ almost a thirdÂ having gone to grad school, it seems safe to call Occupy very influenced by higher education – and everyone talked about their complete lack of focus. Why a coherent message was lacking lies in what has been described above. Occupy as a whole was operating on a different set of postulates than most everyone outside of it. A 20 year oldÂ genderqueerÂ vegetarian who has rejected materialism ever since developing an interest in Eastern Spirituality is going to have a hard time coming up with a list of simple reforms to improve government – something completely different is desired. The way in which Edmund Burke described the French revolutionaries of his times can be applied easily to many squatters of Zuccotti Park:

Confounded by the complication of distempered passions, their reason is disturbed; their views become vast and perplexed; to others inexplicable, to themselves uncertain. They find, on all sides, bounds to their unprincipled ambition in any fixed order of things. Both in the fog and haze of confusion all is enlarged and appears without limit.

With such an unsteady foundation, Occupy died more-or-less stillborn, but the mentality that both spawned and killed it is alive and well on liberal arts college campuses across the country. The children of yuppies andÂ bobosÂ have fallen into a strange postmodern abyss – passionately decoding the Nazi buzzwords of Libertarianism in the day, and poppingÂ thizzlesÂ while contemplating Sartre at night. Convinced they are right but incapable of communicating themselves to the outside world, a self-pitying hedonism has enveloped their lives.

Most of these people drive me nuts, and often disgust me. I do not doubt that half of them would try and get me expelled if they knew I readÂ VDAREÂ from time to time – but despite this, I genuinely feel sorry for them. Some are certainly malicious idiots, but plenty are smart (understandingÂ GramsciÂ is not easy) and just looking for answers.

The world is in a volatile state, and my generation is wrapped up inÂ its own cynicismÂ quietly looking for something higher than itself; but it is hard to envision people with tear and wine stained copies ofÂ Waiting for GodotÂ pulling themselves together enough to advance anÂ eco-queer movement. Any Marxist will tell you that if a situation is ripe for revolution it is equally ripe for a dangerous counter-revolution — and if that is so, the Dissident Right may have an opening right under its nose.