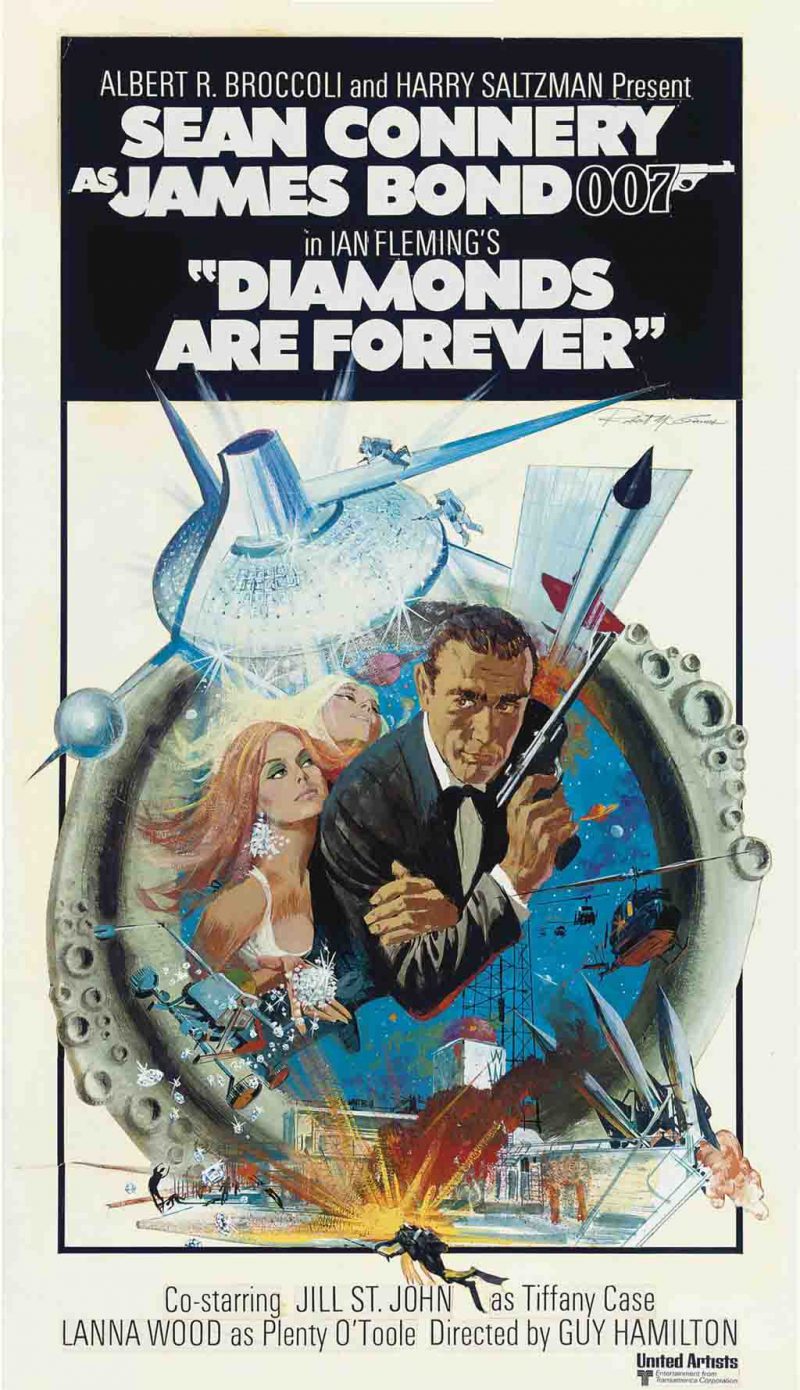 One needs to look no further than the James Bond franchise to see the corrosive effects of not just Hollywood, but mass tastes in general. You can say that a McDonald’s burger is bad, but you cannot argue with the billions of people buying them.

The same proves true of the franchise started with the espionage fiction of Ian Fleming. Beginning with the promising Dr. No in 1962, the franchise struggled through another four films before Connery called it quits sometime in 1969.

After two more films with different Bonds, David Niven and George Lazenby, as well as a rotating cast of directors and producers, the investors behind the project brought back Connery for one last film before skipping over him for a decade.

We can see the formula — later modified into the Star Wars formula by adding New Age woo to the technology, intrigue, action, romance, comedy, and tragic hard man with a heart of gold ingredients — slowly drift more toward what was being seen on American television at the time: car chases, showgirls, fast quips, and gadgets.

In this transition, we see exactly how humanity outsmarts itself every time. They look at a few factors and conclude that they know enough to control the outcome, so they amplify those factors and in the process, crush the delicate ecosystem of a good story and replace it with the same paint-by-numbers scripts that people came to their film in order to escape.

Diamonds Are Forever feels like a blockheaded episode of Hawaii Five-O or Magnum, P.I.. Bond shows up, has some funny lines, makes out with a pretty girl, goes to famous and expensive destinations, wrecks some high technology, has a bunch of car chases, then finds the bad guy and blows up his lair, only to watch helplessly as the perpetrator escapes.

Where Dr. No showed us a James Bond who might be in an elite unit, a chaotic and violent individual who indulges deeply in the pleasures of life because he never knows if he will see tomorrow, the Bond that Hollywood produced by consulting its target audience surveys is an American middle manager: cautious, by the numbers and less driven to systematic victory than he is to declare success and go home.

As a result, this film moves like a Cadillac with a trunk full of lead. Bond sits through meetings, follows police procedure style investigations, threatens some people, and finally gets to the bottom of the mystery just in time, but everything happens in slow motion. The scenes cut quickly from one to another because no energy is transferred; they are points on an outline that makes the argument of coherence to the plot toward the audience.

Almost no charisma attaches to Bond, who shows us Sean Connery demonstrating the meaning of “phoning it in” with visible boredom and disgust for this lame, formulaic script in his eyes. He seems to be gritting his teeth when he delivers the lines that are “clever” from an audience manipulation perspective but excruciating for anyone with a brain.

Other actors float in for what are essentially cameos, acting out roles that belong on a résumé and not a screen. They interact superficially with Bond, and the plot ends up being one where characters attach to a motion between scenes in pursuit of some very obvious “mystery,” with everyone coming together at the end. They might as well sing a Broadway number at that point, since nothing else makes any sense.

These films are not meant to be rocket science. They balance action, sentiment, gadgets, and adventure. That mixture works because it is not a formula but a means of telling a story, namely that of an agent deeply devoted to his cause but made personally unstable because of it, leading him to a point of lashing out, after which he recovers his discipline and beats his foe.

If anything, the story of Diamonds Are Forever tells us of a management struggle in which adding in more popular ingredients overwhelmed the need to tell a good yarn, and as a result, these films became banal enough to drive Connery, Moore, and eventually their own audiences away as the clever people in charge kept doing “the right thing” only to find out that they were murdering what had been given them.

In competent hands, this franchise could have gone on forever, but after the 1960s, it never regained control. The Roger Moore movies smoothed out the disaster with a more professional and threatening Bond, but could not overcome the tendency to write scripts by committee and rely on surface drama instead of any inner tension or desire for adventure.

The middle class murders anything it touches. The trap is subtle: at first, they like the new banality, but over time they start to drift away, all without ever being able to articulate why it stopped being satisfying. Hollywood uses surveys and studies to find out which ingredients people like, missing the point that they come to the movies to get lost in a story, and that a story is comprised of an adventure and not a stew of scenes from a variety show.

If you see one James Bond film, make sure that it is not this one. The plot just bogs down and that humid and empty smell, like an airport, infuses it just as it does the fading days of any once-promising television program. The managers and committee won again.