A conservative response to the modern world 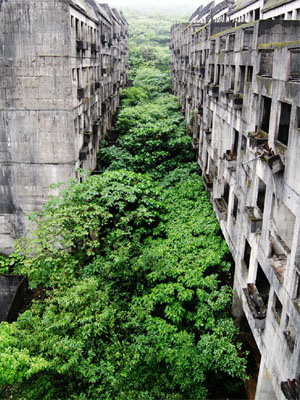 In an election year, the needs of democracy trump the truth.

To succeed at the democracy game, which is just a game in that it has rules which are infinitely more finite than reality itself, one must make people feel good about themselves and bad about the opposition.

If we were not already brain-numbed by decades of television, we would burst out laughing at the re-run on our screen. The left claims the right is racist and elitist, and the right claims the left is bad for the economy.

These are non-issues in that they do not address the cause of either side. The right defends the majority, tradition and the logical way of doing things; the left defends the individual, and as such is an initiator of cultural decline.

What is unfortunate about this situation for conservatives is that, when we’re caught up in this whirlwind, we confuse the immediate for the eternal.

The immediate are our election talking points: the left is ruining society, thus our economy has caved, thus you’re more likely to be discontented about that.

The eternal is this: our society is off the rails and heading in the wrong direction because we have denied the wisdom of history, the importance of cause-effect thinking, and perhaps most of all, the need to put logical and honest people — not panderers — in charge.

While the eternal can co-exist with democracy, it is not “democratic” in the sense of promising us peace, love and happiness if we make “progress” toward universal equality. It believes in no such thing, because no such thing is found in reality.

Politics is ultimately a game of negatives. They’re bad, we’re good. If we get past politics, and to the eternal, conservatism becomes a much different ideal: a search for the optimum, the genuine, the timeless and eternal, and the beautiful.

It’s the kind of ideology adopted by people who have endured great disasters and fears; they want to leave something better for those they love and want to preserve.

The election year can throw anyone off, but it’s essential we do not let it re-define conservatism. Winning the election is jumping through a hoop, or filling out a form. It has almost no bearing on what we actually want: a different type of civilization.