The Romance of Decay 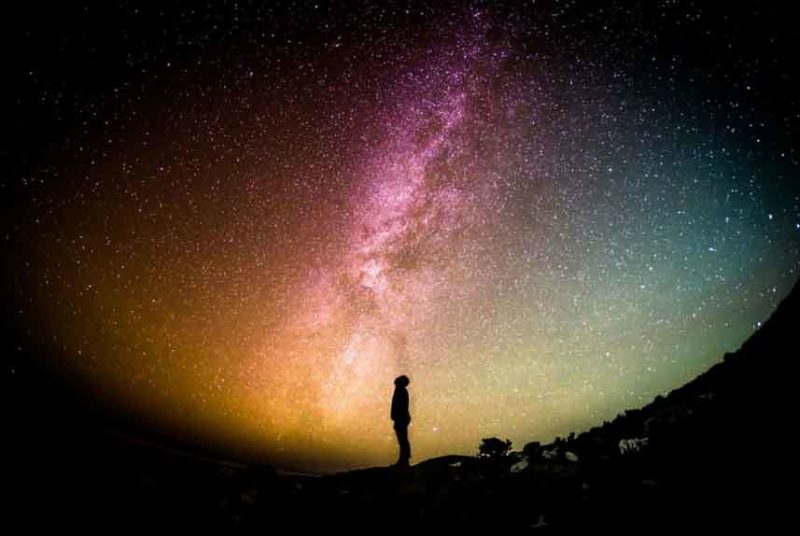 The first time I ever heard of acid rain was in a science fiction story. In the Hour of Not Quite Rain or Five Views from Sodom, by Tim White, appeared in the July 1974 edition of Science Fiction Monthly, and it was an eye-opener for a young reader fresh to the New Wave phenomenon. Here was a future in which things were very wrong, and it was humankindâ€™s own fault. That is the definition of dystopian fiction, and the desired effect was achieved â€“ pre-awareness of a problem and the desire to do something to avoid it.

I had seen movies, of course, Planet of the Apes, Soylent Green, The Omega Man, all of which could be called dystopian in their pessimistic, cautionary nature, but the potential as a storyform was still new. Nuclear war was the usual mechanism, though the viral apocalypse was already appreciated. Alvin Tofflerâ€™s seminal 1970 work Future Shock described the mental effects on society of the ever-increasing pace of change, while Rachel Carsonâ€™s 1962 classic Silent Spring had sounded the first warning bells over industrial degradation of the environment. They were not dystopian fiction, but operated in the same context as George Orwellâ€™s ruminations.

Though it would be years before it became apparent, a cleft was developing in the genre. First, there is â€œdystopianâ€ fiction, in which the message is profoundly cautionary and the potential deterioration of society is the theme â€“ the classics such as Brave New World and 1984 fall here, and their legion of followers (Jack Sharkeyâ€™s Ultimatum in 2050 AD, and Philip E Highâ€™s The Mad Metropolis, published by Ace in the 60s, amply fit the bill). But there is also â€œpost-apocalypticâ€ fiction, which is distinctly different. While it may share the concept that society has been radically altered, not by some conscious act of intellectual epiphany, but a natural cataclysm or the results of the darker side of human nature â€“ malice or plain stupidity â€“ the genre is essentially adventure in nature, and the apocalypse is the mechanism by which the structure, norms and laws of extant society are dismissed, freeing the writer to invent at will. Roger Zelaznyâ€™s Damnation Alley (1969) was perhaps a signpost on this divergence, while by no means the first stirring.

Is post-apocalyptic fiction a lazy artform? Perhaps â€“ but only if pursued cynically. I would place Burroughsâ€™ 1915 novel Beyond Thirty (published in later years as The Lost Continent) in this group, as he conceived the First World War continuing until civilisation itself was extinguished in the old world, opening the door to explorers from the other side of the Atlantic, centuries later, encountering a raw and dangerous land of mystery. Adventure, yes, but of the sincerest intent. But the genre certainly lends itself to pulp and hack writing, such as the long-lived (125 novels) Gold Eagle series Deathlands created in 1986 by Christopher Lowder under the pen name of Jack Adrian. Stories of this ilk are concerned solely with raw and bloody action and how depraved the bad guy can be. Any notion of an intellectual purpose implying avoidant action in the present day is lost, indeed the terrifying futurescape has become desirable, the ruins of the present become the exotic setting of tomorrow against which essentially timeless conflicts are played out â€“ the protagonists could as easily be gunslingers, Indians and cattle barons, their motives and actions would be no different.

Has the true dystopian story been lost in the post-apocalyptic avalanche? Not necessarily: Peter Beereâ€™s 1984-85 Trauma 2020 trilogy was high-end pulp, written with a very British self-denigrating prose style that sought any skerrick of black humour that could be wrung from appalling situations. Perhaps, following the already-established tradition of 2000AD and Judge Dredd, finding the funny side of the gradual dissolution of the present into a bizarre future in which the individual is very much the prey of the system, Beere sought to normalise, thirty-five years ago, the sort of social collapse British society has actually undergone in the last ten. Anti-homeless spikes in dry alcoves? I doubt if any writer was cynical enough to actually imagine such a thing, and this time reality beat fiction to the punch.

A recent meme on Facebook contrasted two images â€“ a soaring futuristic city, imbedded in natural forest, against a crystal blue sky symbolising positive aspirations for a technological tomorrow, while the second image was a raw industrialised cityscape half-seen through a haze of pollution, devoid of green. The latter has replaced the former as the popular expectation of the future, brutally underlining the failure of current society. Homelessness is one of the maladies of the present, along with drug dependence, poverty, crime, hunger, despondency, the fostering of stupidity and dependence on leaders. The last few decades have inscribed them in the consciousness of the age, along with mass shootings, sectarian violence and racism. These things used to be the extreme stuff of dystopian fiction, the ills of the present run forward and magnified to make them obvious in a terrible literary reductio ad absurdum. Well, the future is here and the social warnings were correct â€“ and, sadly, ultimately irrelevant because they seem to have headed off nothing at all.