The Oppression of Art and Ideas 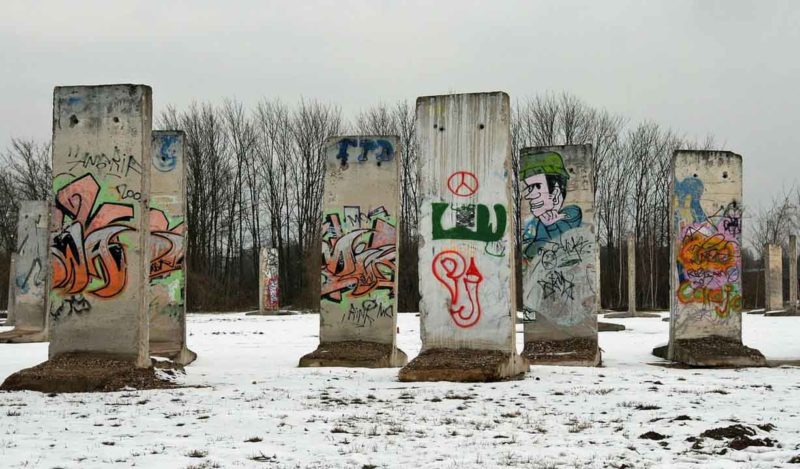 Freedom of expression is very dear to me.

My parents were born and raised in the GDR, the German Democratic Republic, AKA the East Sector of Germany controlled by the Soviet Union. Youâ€™ve heard of the infamous Berlin wall, right? Well, my parents lived on the wrong side of it.

Despite the term â€˜Democraticâ€™ in the title, there was nothing democratic about the German Democratic Republic. In short, it was North Korea Lite. The State Security called Stasi, basically an evil FBI with unlimited powers, forced citizens to become spies on their family and friends. Every party and event you went to was infested with either agents or spies, checking weather you posed a danger to the state. Private business was either outlawed or sabotaged by officials because private ownership was deemed evil.

In those oppressive times, my parents studied to become artists and quickly enraged the state. They expressed criticism through their artwork and received warnings. Then threats. Then â€˜home visitsâ€™ by the police who confiscated â€˜problematicâ€™ artwork, books and records.

Freedom of expression was seen as act of aggression against the state and its utopian ideas.

The state servants oppressed individual artistry in favor for the collectivist ideology. Needless to say, it was hell on Earth. And yet, my parents endured. They kept their mouths shut and nurtured their rebellious thoughts in silence. They left the GDR five years before the regime collapsed and fled to the West.
Itâ€™s been over 2 decades now since the fall of the Soviet Union, and the ghosts of the past have returned, using the same rhetoric. Nowadays, expressing unpopular views is offensive, if not dangerous, having the wrong color/religion/nationality means you shouldnâ€™t talk about X, and if youâ€™re not connected to culture Y you are not allowed to be inspired by culture Y and must refrain from using it in your art.

In short, your words are considered weapons and must be controlled, all for the Greater Good of course.

Itâ€™s the same rhetoric authoritarians use to keep the populace in check, only this time, we have the Internet to fight back. It might seem like a joke, but the ability to reach millions and bypass the official gatekeepers is a huge win for the fight for freedom of expression.

This is where the Uprising Review comes in.

Stories fuel our existence, like Diesel that never ages. Vroom. Vroom. We use stories as guide posts to make meaning of the world. And the most powerful stories are the ones based on truth. It doesnâ€™t matter whether your stories revolve around armed goblins living in underground mines or engineers who built hyperdrives to scare off wraths in space; if they make an honest statement about the human condition, they shoot straight into your membrane. They may even alter your thinking.

I hope to see exciting and daring stories on Uprising Review. Stories that make you cringe and even challenge your current mindset. And I hope youâ€™ll join me to discover and write them here on the Uprising Review.