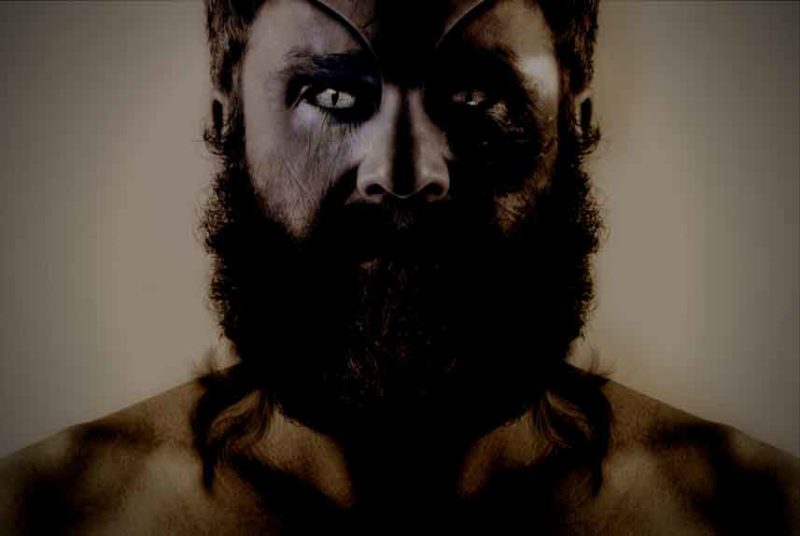 Youâ€™d think it was leprosy, the way we were treated.

We made our own world, the way lepers used to, but we had to accept the necessity first and even now most of us question why we ever needed to. â€œHuman natureâ€ is not a good answer, but itâ€™s a damning one.

I stir sugar into coffee as I look out from the diner across the compound to the security of walls topped with wire, and try to remember how the world was before. I may not have long to live and if Iâ€™m to die Iâ€™d like it to be with a clear impression of why.

It all started with the Europa sample return. The world was jubilant to find life in the ocean under the ice, we suddenly knew we werenâ€™t alone in the universe, we could afford to relax from our paranoia. The odds now favored life being widespread throughout the stars, and we could start to approach the future on those terms. With interstellar missions becoming a practical prospect for the next century, we had to think bigger, try to separate our future as a space-faring people from the wreckage we made of our homeworld in the process, and resolve to do better.

But all it took was one bit of alien genetic material escaping from isolation to change everything, at least for some, and having worked at those laboratories I know what Iâ€™m talking about better than most. If it had affected everyone equally there would have been no division of society, but genetics are random and diverse, and only people with certain characteristics, this blood type, that preponderance, those dominant or recessive alleles, could accept the lock-in of alien-coded proteins. In and of itself, it was hardly an invasion, and the condition is by no means life-threatening or even painful, but oh, what a difference a simple mutation can make.

I let my eyes go to my reflection in the window and smile sadly.

Stripers, they call us. After all, there has to be a name for everyone who diverges from normal, it reinforces the â€˜us-and-themâ€™ mentality characteristic of the human animal. Thatâ€™s why we call the unaffected ones norms, a kind of passive retaliation. It began within weeks of the unnoticed escape of the alien proteins, the first change of the skin, and over a few more it matured into, essentially, a birthmark, a rich stripe varying in tone with the individualâ€™s natural pigmentation.

Down the middle of the face.

Two-tones, halfy-halfies, cut-on-the-dotteds, they came up with lots of names for us. In the early days people used foundation makeup to hide it, but that was not going to work forever as a way to keep a secret, and we live in a culture, at least in the west, where masks are social taboo. To cover your face would be to admit what was concealed. The beautiful irony was, this alien junk protein had no respect for borders, boundaries, religion or politics. It struck throughout the community in the same proportions everywhere. The most polarized interest groups were lumped together, suddenly stripers and norms had become the overriding moiety defining the human race. Naturally, norms began murdering stripers as mutants, defective and to be put down before we â€œmongrelized the breed.â€ The law was in a difficult situation, as police officers, judges, prison guards and social workers were not exempt the touch of the alien.

The simple fact the effect manifested in all races, cultures and creeds underlined our unity as one species, something of which many did not want to be reminded. Tough, when the Europa bug comes calling privilege is meaningless, only the happenstance of your genetic combination carries any weight.

My smile is bitter, ironic–even now natureâ€™s scorn for the petty imperatives of human division is enough to make one burst out laughing. I sip my coffee, enjoying it to the full. I canâ€™t dismiss the notion it may be my last; for the problem is ongoing and resentment, blame, runs deep.

Massive efforts were put into a molecular fix, and theyâ€™re still trying, but nobody expects the resulting therapy to be dished out evenly. Thatâ€™s where privilege comes in–a striperâ€™s money is as good as a normâ€™s, if he can afford it. For your ordinary striper-in-the-street who might never afford it and whose insurance was not meant to cover alien infections, the cure might as well be prayer. You can bet this lead to civic unrest, a fair few clinics felt the torch and you had to wonder how many black-suited riot troopers putting it all down with gun, baton and water canon had stripes behind their gas masks. And how they felt about following orders.

Eventually, as the cure, the affordable, available-to-all correction of our alien mark, was pushed off into some future la-la-land of other administrations, ifs and maybes, stripers began to flock together. Striper-friendly apartment blocks, schools, clinics, churches, mosques, shopping centres, all began to spring up. Many were burned, some rebuilt. Walls went up around them, but the difference from other proposed walls was we built them for our own defence. That was our barbed wire, our searchlights, our armoured cars after dark. Hoo-rah, striperâ€™s gotta do what a striperâ€™s gotta do, and thatâ€™s survive the norms. Suddenly we were proud to call ourselves stripers, we owned the term, every day was Striper Pride Day. We had Christian stripers and Muslim stripers, aetheistic, gay and straight, black, white and everything in between, fat ones, thin ones, tall and short. Being striped brought us together and we found strength in unity. Of course, there were those who hanged themselves rather than kibitz with the others they had hated since grade school, and that was to be expected as well.

We expected a Striper Registration Act but it was a formality, with such a mark itâ€™s hard to hide. We took to traveling in groups for safety but they passed a law forbidding more than three stripers in one place at the same time, as more constituted â€œprovocative assemblyâ€ and earned arrest. Suddenly all the ills of society were stripersâ€™ fault, but the one ray of hope was the number of politicians who hid behind makeup and did what they could for us.

It seemed the world was only looking for something new to tear itself apart over, and this minor mutation was the spark that touched off an inferno. It reordered society in a thousand ways, destroyed families, changed the flow of capital, built new allegiances. What towering irony, the discovery of extraterrestrial life on one hand had brought the human species together, then split it down the middle as surely as firewood before the axe. The problems faced by minorities were suddenly shared by every community everywhere, and people in general took it badly.

At length my friend Marty joins me. Heâ€™s a tough ex-trucker, now heâ€™s a wall guard who keeps us safe. I was afraid to meet, Iâ€™ve known for a while he saw the old employment registers, knows I was a scientist at the exo labs. If resent runs deep enough heâ€™d be the one to blow me away, and I could hardly blame him. I canâ€™t be certain I wasnâ€™t responsible; I handled the specimens. Did protocols fail or was it human error? No one knows, and attempts to pin blame serve no purpose. We chat, he orders coffee, I sense something unsaid between his words, and I quietly shit bricks waiting. He must know my fear, and I wonder if the man I know will prove harder or more resilient? We speak of the early days, how it got started, and seem to be dancing around the edges of something neither of us wants to say. Instead we speculate about the future, and seem to share common hopes.

You see, if thereâ€™s a happy ending in sight itâ€™s that striper scientists are working on the cure and if we find it first weâ€™ll have the say in how itâ€™s delivered. Thereâ€™ll be no fortunes made, and that alone makes us targets as Big Pharma treated the naevus as its dream disease, half the human race in need of therapy–when they had mined every cent they could from the top of the market down. Or maybe â€¦ we wonâ€™t treat it. Maybe weâ€™re proud of the people weâ€™ve become and wear our significator without shame. Not lepers but marked all the same, with a badge that says we overcame, we were strong, we made a society despite all they could do.

And thatâ€™s really as much as anyone can boast, to overcome, to survive. Maybe if alien intelligence came to Earth tomorrow we could look them in the eye and say proudly, we rose above all our fellow human beings could throw at us and it makes us just that tiny bit special.

For me itâ€™s doubly important, for, even many years on, I have never forgotten those first days, when the Europa samples came back. Marty is right to suspect. Iâ€™ve wondered a million times if any carelessness of my own let them escape. If so, I have paid in full, I believe, with many an instalment left to make, and will never stop paying til the day I die. But Iâ€™ll go proud, a striper to the end, and if anyone were to ask me if I had any regrets, Iâ€™d say no.

In the end Marty drains his mug and pulls his cap on, heads out into the harsh sun of day, and I breathe a shaky sigh. Hard as he is, he was resilient today–able to absorb the possibility without breaking. I get to live some more.

I sigh and stare into my almost-empty mug. Iâ€™ve done what I had to, as we all have. Itâ€™s a strange thing to realize, but at the end of the day, a leper is not the worst thing you can be.