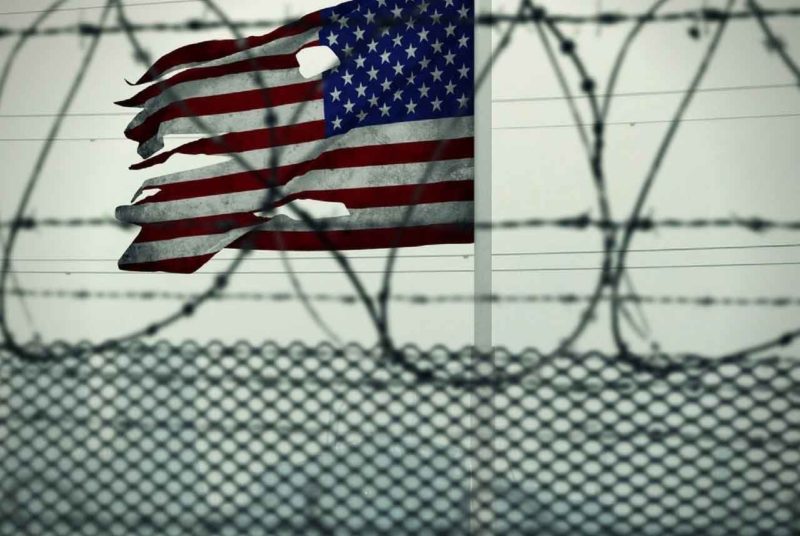 The car is totally cherry, a pinstriped midnight blue Mercury Marquis with a dipped front end.

So is the night. A warm Southern California summer night.

I hadnâ€™t done nothinâ€™. Javier told me go ahead take the Merc. Iâ€™m such a numbnuts, I go for it when Javier says heâ€™s borrowed the ride from a guy he knows. Except the guy he knows boosted it from another guy who has reported it. So the other guy didnâ€™t so much borrow it as borrow it.

The fuckers never pronounce it right and sometimes laugh when I tell them my name is Angel Jesus Soto, so I just say Angelo Joseph and let it go at that. Some days Iâ€™d rather be Italian than vato anyway.

I give him my best smile and the Italian version of my name and keep my hands in plain sight on the top of the wheel and he says, step out of the car please.

My stomach sinks. They only tell you to step out of the car when youâ€™re in the shit.

Out on the pavement I assume the stance, hands on hood, legs spread.

Itâ€™s a busy street and Iâ€™m pulled over next to a hydrant, the squad car double-parked behind me, the light bar pinballing. The sidewalk crowded with people coming out of theatres, going into brightly lit restaurants. Mostly they donâ€™t look and walk fast because you never know if the brown boy bent over the gangster car might go berserk. I wish I was on the sidewalk, too. My eyes are wet, but I donâ€™t let on.

The younger cop pats me down while his partner, a careful distance away, snaps his holster open.

The cop finds my license.

â€œReal name Angel Jesus Soto. What the hell you doing, Angelo Joseph, giving a peace officer false ID?â€ Iâ€™m in it even deeper.

I turn my head thinking I can explain, and before I know it heâ€™s got my arm in a lock my face planted on the Mercâ€™s hood and the other arm back there and heâ€™s snapping on the cuffs. Iâ€™ve got to give him credit, heâ€™s smooth and fast with the cuffs.

They book me, put me in the orange jumpsuit and stick me in an isolation cell, not with the population like I expected.

â€œHow about my phone call?â€ I ask the guard as he shoves me in. I figure to call Javier and at least tell him what happened to me and the Merc.

I flake out on the thin pad, wondering what the hell. Has the system changed that much since I was here the last time?

Theyâ€™ve got me stuck away. I listen to the hollow sound of concrete and steel. A TV somewhere isnâ€™t loud enough to follow; a murmur of menâ€™s voices, the occasional laugh, the tang of disinfectant, a whiff of cigarette smoke, the fug where too many men sweated out many long years.

I drift and wonder did Javier know the Merc was jacked when he offered it? I go back over the easy way he said it: Nah, donâ€™t bother, he said, take that Merc over there. Hard as I try, I canâ€™t read anything into it, but that donâ€™t mean there wasnâ€™t nothing there.

My mind moves to Rubytips like it does when I get sleepy. Javierâ€™s sister, Elena, sheâ€™s fifteen, Rubytips her tweet handle. Itâ€™s just a tag until you see her titties. Iâ€™m at Javierâ€™s house as much as my own, and Elena is always around. I knew she had something going on. I try not to look but who canâ€™t notice? Then one day weâ€™re alone and she asks me if I want to see them and pulls up her top. Iâ€™m sitting in a kitchen chair and sheâ€™s standing in front of me and Iâ€™m looking at the most beautiful set of tits I could ever imagine. I can see why sheâ€™s proud of them. Theyâ€™re nice size, high and pointy, perfect, with bright pink nipples.

From then on, whenever weâ€™re aloneâ€”and sheâ€™s making things happen that wayâ€”off comes her blouse or up comes her shirt. I kiss them and pet them. But thatâ€™s all. I never touch her below. She puts a hand on my Levis and rubs and squeezes, but I donâ€™t let her inside my pants. Iâ€™d be lost for sure.

I know whatâ€™s going on. Her homies are having babies, some of them getting married, and she wants to hang with them. Sheâ€™s picked me out of the lineup.

Iâ€™m on the edge of sleep in that cell, petting the rubytips, and then my eyes pop open and Iâ€™m sitting up remembering a couple months ago when Javier walked in on us. Elena and I are on the sofa with the TV going and Iâ€™m stroking her beauties and Javier opens the door and starts to walk in. He backs out, closes the door and never says nothing about it, so I donâ€™t bring it up either. I worry for a week or two, but nothing changes and it fades away.

But now I see it. You wonâ€™t be touching my sisterâ€™s titties, not where youâ€™re going.

The next afternoon Iâ€™m chained to a steel table in an interview room. When they came for me they put manacles on my ankles, my hands cuffed to a waist chain, my ankles chained to my waist and I say, â€œWhat the hell?â€ and one of the guards kicks me in the shin with a steel-toe boot and it hurts like hell and I shut up.

My public defender sits beside me, across from us is the assistant district attorney. The PD goes first. Heâ€™s got my file open in front of him and pages through it with his right hand. Heâ€™s maybe thirty-five, tall and trim, a clean, sharp look to his face, broad shoulders, thinning hair. His left hand is in the pocket of this dark blue suit jacket, and I can see it in there flexing on a rubber ball he carries. This morning when he talked to me in my cell he had it out, squeezing it and flipping it from hand to hand. He told me about his weight lifting and his surfing. â€œThe human body is a temple,â€ he said.

They always throw in resisting arrest, thatâ€™s routine. The stolen goods is the stuff in the Mercâ€™s trunk I didnâ€™t know about. The strike two sends a shiver down my spine. Itâ€™s three strikes and youâ€™re out. On the third strike, doesnâ€™t matter what, they put you away twenty-five to life. My first strike was seven years ago, when I was eighteen. B&E, breaking and entering. I was the lookout on the corner for Javier and a couple guys, thatâ€™s all, never even went in the store. Iâ€™ve been clean since. Doesnâ€™t matter.

But having two strikes: everybody knows about the drunk coming out of a bar, found a bike in somebodyâ€™s front yard, rode it home. Strike three, twenty-five to life for a stolen bicycle.

Two strikes is like having a guy walking backwards in front of you twenty-four seven with the point of a knife at your throat: one stumble and youâ€™re dead.

The ADA speaks up. Sheâ€™s younger than the PD but it wonâ€™t be long before sheâ€™s older, a twisted, worn look to her face, dark hair short in a manâ€™s cut, gray suit. â€œNot if youâ€™re convicted,â€ she says, â€œwhen.â€ She makes clear sheâ€™s got more balls that the pussy PD.

Sheâ€™s right. The PD shrugs and smiles. â€œYou need to cut a deal.â€ He slides the file across to the ADA and stands up. â€œI need a break.â€

I watch him saunter out the door. What the fuck? I need a break? He walks out? Then I catch on: he doesnâ€™t want to know.

My shin aches as the ADA puts her palms flat on the table and lays it out, the trial sheâ€™s got going on, the guy she needs to put away big time.

It comes down to this: I do my part and I walk, the arrest record expunged, no strike two, no nothing. A window of blue sky opens somewhere up above me and I nod my head, looking up at that little bit of sky.

They keep the shackles on me, transport me to the County Courthouse and jerk me into a windowless room with just one cop. Before I know whatâ€™s what he hits me twice across the face with his nightstick, forehand and backhand, zap zap.

These fucking cops, are they faster and harder or am I slower and softer? Are they all vets from Afghanistan or what?

The holding cells are in the basement and they pitch me on the bed, weak-kneed and woozy, take off the shackles and toss me a towel for the blood dripping from my mouth. I know what itâ€™s about, a reputation for the new guy, a badass who needs to be subdued.

As my head clears I look through the bars to the next cell and check him out, the guy whoâ€™s on trial.

Heâ€™s flat on his back on the floor in the middle of his cell, ankles crossed, fingers laced behind his head. On his throat, just above the collar of his orange jumpsuit, I can see the tatt of black fingers sticking up, and I know thereâ€™s an M in the palm of that black hand. La eMe.

He turns his head, his black eyes open on me like radar. Heâ€™s got two tear drops tattooed at the corner of an eye, his lips barely move when he talks. â€œShut the fuck up, ese.â€

I try a couple more times, but he wonâ€™t talk, he wonâ€™t turn his head or open his eyes. Heâ€™s a soldier. He ignores the bed, stays on the floor to show heâ€™s harder than anything theyâ€™ve got in here. Harder than concrete. Harder than steel.

All night long, he wonâ€™t speak. Heâ€™s way out ahead of the ADA.

Shit, he was born so far ahead of the butch ADA sheâ€™ll never catch up. Itâ€™s funny when I lay there and think about it, but not funny ha-ha. He doesnâ€™t give a shit and he has no doubts. Warriors donâ€™t doubt, they donâ€™t wonder should I do this, should I do that. Heâ€™ll be as much at home in a cell as he would be in his mamaâ€™s kitchen.

In a way, I wish I was like him. It would be simpler not to want anything, not hope for anything. But we arenâ€™t like that. Elena with her rubytips wants a baby and maybe a husband; the PD wants a paycheck so he can keep surfing and lifting; the ADA wants a conviction, sheâ€™s desperate for a conviction. And now Iâ€™m desperate, too.

The ADA told me what she needs when she puts me on the stand in the morning.

â€œIt doesnâ€™t have to be a full confession. Iâ€™ll ask you if you spoke to him during the night and you say you asked him if itâ€™s true he did the girl in the shower so there wouldnâ€™t be DNA. All I need is he smiled and nodded. Thatâ€™s all I need. Corroboration.â€

One light-weight lie and I walk. But I know what happens next: La eMe puts a green light on me and everybody in my family, maybe Javier and Elena too. La eMe is like an army, guys everywhere. A green light means drive-bys, blood in the streets. Or I tell the truth: the fucking warrior told me to shut the fuck up and never said nothing else all night long. Then Iâ€™m the one looking at a cellâ€”thereâ€™s no doubt of thatâ€”and I come out with two strikes.

The clock is ticking and Iâ€™ve got to choose.