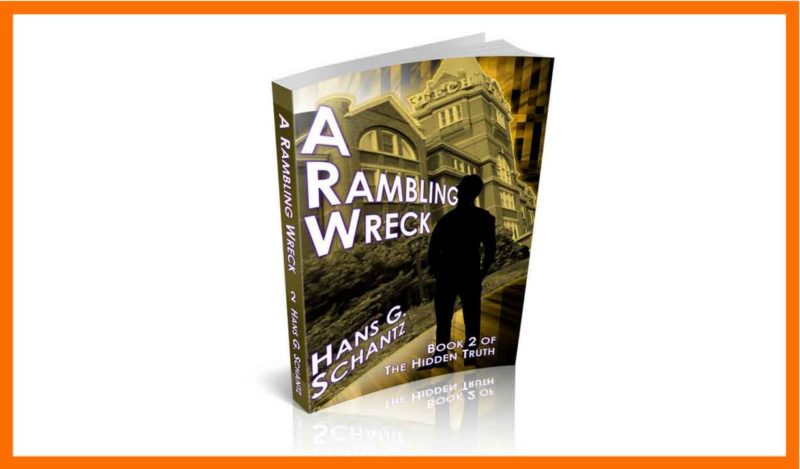 As the author of A Rambling Wreck, an alternate history science fiction techno-thriller that depicts an attempted social-justice takeover of a major university, I immersed myself in the rhetoric of a wide variety of social-justice warriors (SJWs for short), from the writings of Saul Alinsky to his more modern successors. The â€œcomet-guyâ€ or â€œshirt-stormâ€ incident in which the questionable fashion choices of the lead scientist overshadowed his teamâ€™s remarkable accomplishments provided fodder for part of my fictionalized account.

End the Toxic Hyper-Masculinity of Science

Yesterday morning, wearing a shirt featuring scantily-clad women, Professor Chen of the Georgia Tech Physics Department announced a discovery to help make the world â€œsafeâ€ for even more deadly radiation. Professor Chenâ€™s technique for finding where radiation is and where it goes helps proponents of nuclear technology argue that it can be safely managed and controlled, thus encouraging further proliferation. Proclaiming his results â€œsexyâ€ and declaring â€œthey did not come easy,â€ Professor Chen perpetrated the patriarchal narrative that science is the figurative rape of nature. Not content with emboldening those who want to make dangerous nuclear technology more readily available, Professor Chen demeaned and objectified half the human race in the process with his outrageously sexist shirt.

Could any shirt possibly be as bad as all that? Yes it can.

Imagine buxom button-bursting bosoms breasting boobily, amid guns, motorcycles, and other icons of patriarchal domination and violence. Professor Chen may say he respects his female colleagues and students, but his shirt says otherwise. His shirt says, â€œI have no respect for you as a professional.â€ His shirt proclaims that science is a boysâ€™ club where women are merely sex objects for the visual pleasure of men. Professor Chenâ€™s shirt visually rapes every woman who sees it, reducing women to pieces of meat that men get to utilize for their sexual pleasure. His shirt marginalizes his female colleagues just to show how laid back he is. Professor Chen isnâ€™t the least bit stuffy, and heâ€™s prepared to throw his female colleagues under the bus to prove it.

Most disturbing of all, no one in the physics department, not even his intimidated and browbeaten female colleagues, thought his shirt was inappropriate. By their failure to take action, they are complicit in his phallic imperialism. The physics department in particular and the so-called â€œRamblinâ€™ Wrecksâ€ at Georgia Tech in general have once again exposed their flagrant hateful misogyny to the world.

Despite our best efforts, bigots and sexists like Professor Chen thrive in our society. The systemic patriarchal hegemony of science and engineering provides a breeding ground for their chauvinism. Their rampant sexual objectification triggers an environment wherein sexual harassment is commonplace. This pervasive atmosphere of toxic hyper-masculinity deters even strong, independent women like me from careers in science. Little girls watching Professor Chen get the message loud and clear â€“ science is not for you; stay home, have babies, and bake cookies.

We need to send a different message â€“ a message to Professor Chen and any other scientist who harbors such sexist and ostracizing attitudes. Get out of science. There is no place here for you to demean half of humanity with your archaic bigotry. We need to root out these sexist attitudes so scientists and engineers alike can be taught to think as critically about socially important issues like race and gender as they do about their test tubes and telescopes. This overt sexism is unacceptable, and the perpetrators must be held accountable. None of us can stand on the sidelines. If youâ€™re not part of the solution, then youâ€™re part of the problem.

One of my Alpha Readers cautioned that the social justice rhetoric of A Rambling Wreck sometimes sounded like parody. He had a point. I helped myself to the catch phrases and jargon of a wide variety of social-justice warriors. I collected many of the most colorful and ridiculous examples of hyperbolic social-justice prose I could find, and I distilled it to yield results like that above. By placing social-justice rhetoric in the concise dialectic form required by the narrative structure of my story, the inherent illogic and vacuousness of it become far more apparent. To that extent, my fictionalized social-justice prose may do an injustice to social-justice advocates.

In SJWs Always Lie, Vox Day explains Aristotleâ€™s distinction between dialectic and rhetoric â€“ between the logical arguments that persuade rational thinkers and the emotional appeals more effective with the less rational. A dialectic thinker may be prone to identify the rhetorical and dismiss it as invalid. There is a complex hierarchy of aims and motives for rhetoric, however, that even the most dialectic of thinkers must recognize. The ability to identify the use and purpose of rhetoric helps opponents side-step and defeat it.

One use of rhetoric is â€œvirtue-signaling:â€ demonstrating oneâ€™s self-worth through skilled use of social-justice rhetoric. Countering phallic hetero-patriarchal imperialism and deconstructing oneâ€™s privilege in the approved fashion takes considerable study and effort. Mastery of the arcane jargon of social justice provides a secret lodge sign by which one SJW may recognize another and assess their relative place in the social justice virtue hierarchy. Fluency in social justice argot demonstrates that one has transcended the conventional duality between oppressed and oppressor to become a member of an elite third class â€“ one of the heroic champions of the oppressed and a true social-justice warrior.

Another purpose for rhetoric is in emotional assault. SJWs fling trigger words at a perceived enemy, often with little correlation to the wordâ€™s true meaning: Nazi! Racist! Fascist! Sexist! Bigot! Hater! It is enough that the SJW perceives the object of the rhetoric as â€œbadâ€ in some generic sense. The tendency to seek social approval and avoid criticism is particularly strong with SJWs. They prefer to employ the very tactic that would often be highly effective if turned against them. Anonymous Conservative offers an excellent examination of the biological basis of political thought in The Evolutionary Psychology Behind Politics: How Conservatism and Liberalism Evolved Within Humans.

A further use of rhetoric is to deliberately obscure the truth. â€œThe fight for social justice may sometimes involves sacrifices that in other contexts we might abhor, yet the sacrifices we must make â€“ and those we must ask of others â€“ are justified by the goal of a just and equitable society.â€ The pitiless â€œtruthâ€ behind social justice is that the ends justify the means. When your end is securing ultimate power to enact your vision of ultimate good, the ultimate in evil is thereby justified: from the Dekulakization, to the Final Solution, to the Cultural Revolution, to the Killing Fields of Cambodia and beyond. One aim of social-justice rhetoric is to obscure this brutal reality, not only from the SJWâ€™s audience, but also from social-justice advocates themselves. Any tyranny may be justified if cloaked behind sufficiently obscure jargon.

Saul Alinsky explicitly recognized the inherent contradiction between good ends and evil means: â€œWe then recognize that for every positive there is a negative, and that there is nothing positive without its concomitant negative, nor any political paradise without its negative side.â€ He justified his embrace of the contradiction by reference to quantum mechanics. â€œNiels Bohr pointed out that the appearance of contradictions was a signal that the experiment was on the right track.â€¦ Bohr called this â€˜complementarity,â€™ meaning that the interplay of seemingly conflicting forces or opposites is the actual harmony of nature.â€

While it is true that â€œpolitics is downstream from culture,â€ there is a complex interplay between politics, culture, and even science. The cultural and political milieu of Weimar Germany that gave birth to Nazi tyranny, for instance, also led to acausal interpretations of quantum mechanics, which in turn are used to justify modern variations of similar tyrannies.

Opponents of the ends and means of social justice should familiarize themselves with the aims and purposes of social-justice rhetoric. A familiarity with these tactics aids in understanding and defeating their proponents.

Misanthropology: Review Of Kill All Normies By Angela Nagle | Escaping The Two-Party Paradigm Requires Realizing That The Left-Right Division Is Real