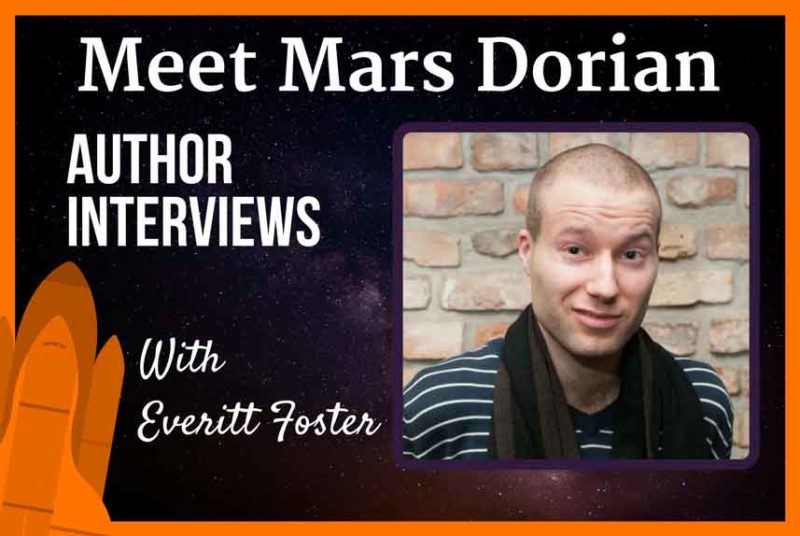 1. You said in your Op-Ed that your parents were from East Germany. What was it like growing up in the shadow of the Soviet Union? What was your life like with a family that had gone through so much? And why did you decide to return to Berlin?

My parents moved to Berlin before the fall of the wall (it was a complicated process) and raised me in the Western part. Iâ€™m glad I never had to spent a single day in that regime, but my upbringing was still influenced by the aftermath. My father dreaded sharing information over the internet because he feared the government stalking him. He also tends to be suspicious of people, since a lot of â€˜friendsâ€™ in East Germany were forced to work as spies. Itâ€™s sad. Itâ€™s maddening. Every time I hear those dreadful stories, I remember how much better my life in the West turned out to be, and for that, Iâ€™m grateful.

2. What books influenced you the most growing up? And at what point did you think you wanted to write? When did you say to yourself, â€œI can do that too?â€

I didnâ€™t read many books in my childhood. Mostly European/Japanese/American comics, but the one book that did blew my mind for all the right reasons was â€˜Duneâ€™. The incredible world building, the unique characters, the technology–it was like diving into a real word that existed out there, in a galaxy too far away. So â€˜Duneâ€™ and the â€˜Hitchhikerâ€™s Guide to the Galaxyâ€™, which also excelled in worldbuilding and its uncanny British humor.

3. You wrote on your blog that one of your novels is much more successful than the others. What do you think is the difference? Is it a quality issue, is it marketing, did lightning just strike at the right time?

I believe itâ€™s a little bit of everything. I work hard on improving my writing style. I read dozens of books on storytelling and hired a good editor who excels in sci-fi and fantasy. I also leveled up my marketing game–posting on Facebook niche sites, sending the sales link to curated newsletters, and connecting with my network on Twitter to help spread my new work. As an indie, you have to improve every aspect of publishing.

4. Some self-published authors believe they must have a blog or other online presence up for a year to build up a fan base before releasing. Do you agree that you need to build an audience before releasing your first book?

You donâ€™t have to, but itâ€™s damn useful. I have cultivated a blog for years now and built a network over at Facebook and Twitter. Having people with shared interests helps spreading your work, which is important, especially for indies. The day I released The Crystal Crusade I got dozens of retweets, likes and messages of people buying the book. Getting attention is the number one challenge.

5. What is your process like? What kind of routine do you have?

When I wake up I do morning exercise and run around the block to snap fresh air. Then I learn about online biz, writing and publishing on the web before I start writing. I use a writing program called Scrivener where I track my daily word count, a minimum of 2000 words per day. I also use a spreadsheet where I track the writing days, the actual word count and the daily goals. Iâ€™m not a deadline zealot, but I do measure my work and try to release a new book every 2-3 months.

The concept of cultural appropriation is steeped in ideology and divorced from reality. No one owns culture, it doesnâ€™t belong to a certain group because itâ€™s a set of ideas that keep changing. Iâ€™m a German who loves American & Japanese pop culture, so I borrow heavily without asking for permission. My books feature a variety of people with different backgrounds–from cloned US military personnel to trailerpark VR players. If youâ€™re from the US and you write a historical piece about Germany, asking actual Germans and doing research will help your story be authentic, but itâ€™s not mandatory.

Besides, being a storyteller is about writing about unique characters different from oneself. Do I have to be a blue hedgehog running at the speed of sound and collecting rings for a living to write a character like Sonic? Do I need to be a fat little Italian plumber eating shrooms and jumping through tubes to create Mario? Of course not. Itâ€™s what your imagination is for.

7. Do you think it is important for an author to know and understand marketing or is that better being left to marketing and PR people? Should indie authors invest in marketing the way we invest in an editor or cover designer?

Ask me 3 years ago, and I would have said: no way. Just write good books and publish them. Your audience will find you, Field Of Dreams style.

Fast forward today and I want to jump into my time machine and slap my younger self left and right. Marketing still sounds sleazy, but it simply means to make people buy your stuff.

Start simple. Marketing starts with writing book. Which genre do you write? Whatâ€™s the market demand? Do you understand the genre conventions? Then write the book with endless fire inside. Hire a freelance editor and send your edited book to a bunch of folks for free in exchange for an honest review on launch day. You can also buy Amazon ads and newsletter ads to boost the sales, just Google it. Itâ€™s straightforward.

And when you make enough moolah, you can always hire an assistant. But itâ€™s vital to understand the marketing basics.

8. What types of themes do you enjoy exploring in your work? What do you come back to time and time again? What resonates with you when you are reading a book, in terms of themes and subject?

Freedom of the individual. It always comes down to that theme. Same, same, but different. Given my parentsâ€™ past and my upbringing, I realize how precious self-expression is, and the importance of defying group pressure. I love reading books about strong-willed individuals that act outside the norm and lead a life on their terms.

Mmmm, good question. I often hear people say Amazon and co. eliminated the gatekeeper. Like we entered the ultra-promised land where the creator sells directly to their reader and then bathes in the wealth. Truth is, Amazon and co. may not be gatekeepers, but theyâ€™re middlemen. Even creatives who use Patreon to fund their (art)work rely on that platform for their monthly income. So compared to publishers and other traditional gatekeepers who pick and choose, yeah, itâ€™s soooo much better, but itâ€™s still a dependency. Thatâ€™s why you want to diversify your income. I for example still do illustrations and designs and write/draw paid articles for marketing blogs because I donâ€™t want to rely on the big A.

10. Do you think there is a lot of ideological diversity emerging in fiction today? Where does the industry stand in terms of issues such as free expression of ideas?

Abso-freaking-lutely. If you look past the traditional publishing space and read indie, you find so many different stories told from various angles and socio-political views. Thatâ€™s why I love platforms like Steam and Amazon–you can publish (almost) anything and find works that traditional publishers would never dare to release.

I want to believe Iâ€™m a big sponge that soaks up everything coming my way. Travels, books, Animes, indie games, Netflix series, compelling encounters with interesting people. If you develop your natural curiosity like a child, you can learn from anything and everyone, which keeps your creative edge sharp like a tactical blade.