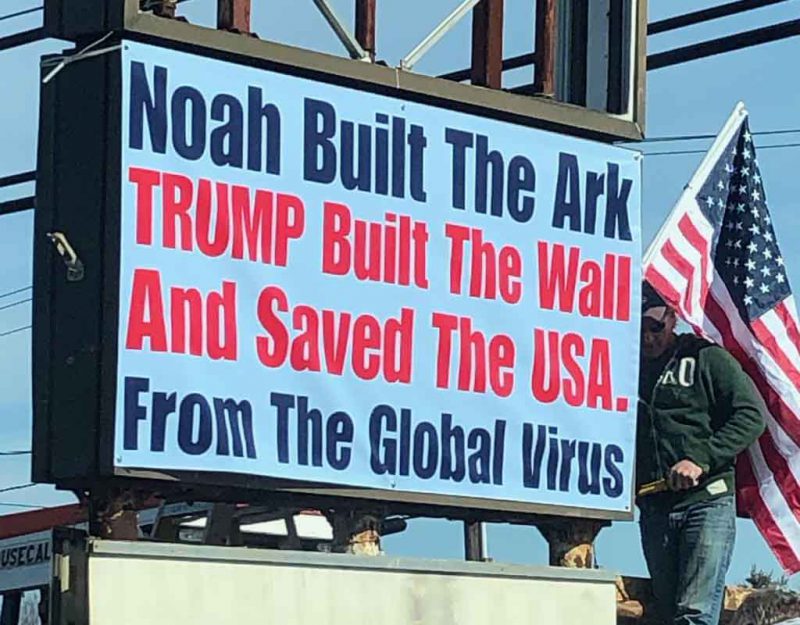 Renard Jacoby saw the positive aspects to the stupid and overeducated elites using the Wuhan Wipeout Plague as an excuse. Renard was never good at the whole philosophical prostitution thing required to graduate “Some Cum Loudly,” but anyone considering him a stupid knee-grow got made to learn something that wasn’t on the syllabus in Sociology Class. He learned early that manumission came from within. The officially bonded slave that adopted the mindset of Publilius Syrus was more free than the chickenshit time-clock puncher at The Ministry of Truth ever would be. At some fundamental level, you chose for your own damn self whether you lived on Airstrip One or in The British Frikken Empire.

Amusing abstractions aside, Jacoby’s meat-space abode was a humble one that unfortunately lay too close to Gary, Indiana. Gary sucked and the average Amerikan thought less of Jacoby as a human being just because his Zip Code included it. It was a handicap. So was that Honkeytard Rainman’s autism. Jacoby, unlike Rainman, was not ingenuous and needed no muse to use his juice. He was a cynical son-of-the-beach who quite literally thought his biological mother was one.

He hated her growing up and then tried transferring that hate to himself. If he came out of her, logical deduction, after observing her for a few years at play, led him to the conclusion that he might as well of came out her butt instead of the other hole. After spending his early adolescence kicking his own butt with lots of help from his obnoxious and deleterious adolescent peers, he decided self-hatred was a poor evolutionary strategy. Not that he wasn’t flawed, but that he was God’s Little Ray of Sunshine compared to most of the people he spent time with in life. He yea verily, sucked. But the neighbors’ kids made him wish he could start his own quaint, little, private nuclear war.

His hatred became his strength. By age ten, unlike Mommie Dearest, he could read. Then his explosion of rage-driven learning became an exponential rocket to the moon. He wanted to know more than other people so that he could more efficiently kill them one day. Like Ted Kazcyncski, he found refuge from hated humanity in mathematics and logical abstraction. He solved his first Ordinary Differential Equation two years later. His mom then sent him to Public School so that he would stop learning whack sh!t. “I’ll find X for you, Knee-Grow. It’s right fvcking here!” She quipped in the closest approximation she’d ever make to humor.

School sucked, so he read lots of challenging philosophical and mathematical textbooks so that he could stand spending his days there. He never listened to the droning mediocrities in front of the classroom. Their words screamed for his submission as a sentient being. The world they made him envision consisted of the boot stamping down on any decent man’s face.

“Rave the fvck on, John Dunne.” He’d mutter apropos to nothing his instructors droned at him. The other kids would look at him as if they could hear the screws that he was missing knock around inside of his head. They sometimes shook their heads a bit and went back to the mandatory twelve years of drudgery.

The Principal reached a truce with Renard and just sent him to the library. There, he remembered a line that he just loved from a show called The Wire. “The most dangerous man in America is a knee-grow with a library card.”

By age 16, the school system was afraid of him and he had maxed his SATs within about thirty minutes of sitting at the PC terminal for each. He got bored and wrote out Topological Space definitions on his scratch paper which he signed his name on and handed in as a gesture of contempt for The Man. They sent him off to Wayne State University in hopes that he’d shoot up school in Detroit rather than Gary.

His Freshman Year coincided with Barack Hussein Obama’s last one in office. Dumbass Lefty Whites asked him how grateful he felt that The USSA had elected a Black President in his lifetime. He told them that they reminded him of Barack Obama’s mom: a stoned, White Slut. Popularity went begging. It didn’t help that he wouldn’t condescend enough to spite-fvck any of the obnoxious women he met. He had blessedly put his earlier self-hatred behind him. This vouchsafed his sexual morals to a salubrious degree.

Then, two years after Amerika had elected the man Renard Jacoby called “Massah Game-Show Host,” he graduated Wayne State early, with surprisingly mediocre marks. He’d given lectures on how to mathematically design Stealth Bombers as his Capstone Project for his major. His professors were afraid of him and graded him accordingly. He then went back to Gary and Dear Old Mom with only bleak prospects for professionally applying his vast reservoir of rage-inspired learning.

Then came the Wuhan Wipeout. His mood improved dramatically. He was good with the social distancing. It was his Super-Hero power. The whole lockdown thing kept other people off his radar screen. He was the man in the old Twilight Zone episode who was finally left alone to read. And he didn’t even need the coke-bottle glasses. Wuhan Wipeout was his own personal cure for the infection known as Amerikan Society.

The only problem was mom. When she broke Covid Curfew to go pork-snorkling for her box-wine money, he kept hoping she’d meet Jack-The-Ripper. Maybe she’d proposition some hard-ass cop. Maybe she already had. It wasn’t like The Proles had the same level of regulation as The Outer Party. All those “Good People” dutifully socially distancing? Hah! Good Old Mom was still drinking, still whoring, still just about begging for Wuhan Wipeout. For three weeks, it skipped her out of diabolical malice.

Cleaning her up would require a man’s touch. He kept feeling this more strongly every day he spent indoors with her. She was hectoring away on an hour-by-hour basis.

“You done all the math shit and can’t make me no money.” She’d lead off with.

“You don’t want to, Knee-grow. You ain’t got gratitude.” She’d further har]rangue.

Her final mistake occurred when she told him the following. “I’ve been thinkin’ Renard.” He rolled to disbelieve. “I makes more money with these here fvcked-out hips than you do with all your fancy reading and math.”

He tried to control the rising pulse and more rapid breathing. Having that much blood rush to his head would lead to pain later on. He’d use Tylenol on it. Nothing that she used for a headache would even pass his lips or be ingested in him via any of her other disgusting ways and means. Then she went too far.

“If you can’t bring me money. I shouldn’t feed you, Knee-Grow” She announced. “I could get more wine with that money. You just a Parasite Knee-Grow. If the germs are coming, I’ll go out wrecked.”

He forgot the exact sequence of it, but she certainly went out wrecked. Perhaps she shouldn’t have told him this stuff while he was making coffee in the kitchen. There abundant means lay at hand for her untimely demise. Perhaps using the tenderizing hammer on her the way she would pound pork chops into submission was a classic Renard Jacoby touch. She went out to the back yard in more than one plastic bag. He wore his mask like the radio told him to. She didn’t smell so good alive. He didn’t want to think what she’d be like if she went a few hours uninterred.

The job took awhile. One of the few good things about Gary was that if the neighbors had watched him work, they wouldn’t be talking about it. Nobody saw anything in Gary. In more ways than one, it was a land of the blind. Like the rest of Amerika, he was now a germaphobe. He regarded his mom as a human disease. He had just washed his hands of her. He’d forgotten to sing Happy Birthday twice, but at least now he could get back to that stack of books. A man had to have his priorities straight to survive in Amerika.