Why did you name it ‘ANUS’? 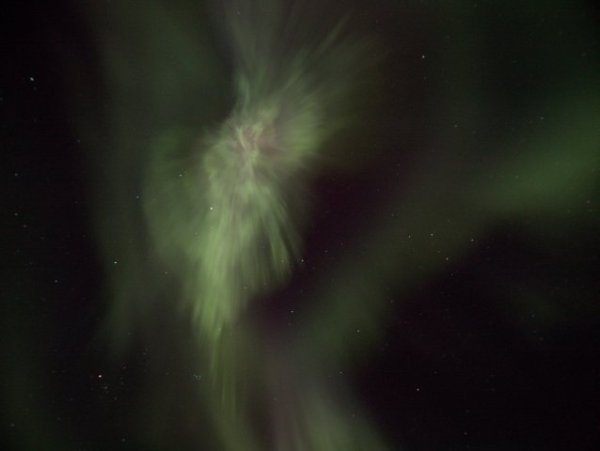 My friends have a blast flacking me about my hidden life as an infotroll on the data stuporhighway. One common question is, “Why did you name it ANUS?”

I have long observed that two worlds exist on earth, as they do in the theology of the Christian religion, where there’s this imperfect world contrasted by a perfect Heaven-world where things are exactly as they seem (sounds boring to me). The two worlds on earth are reality as it exists, to the best degree that we can perceive it, and reality as a psychological construct projected onto the world.

In the former, we see a car accident and can’t be sure if the grey car hit the white car, but we know there was a collision and people were injured.

In the latter, we’re caught up in the chain of thoughts that says the white car was going what looked like five miles over the speed limit, so was probably the instigator, and we’re wondering what the intent of that person was. Did they mean to be evil?

Believe it or not, most people live in that latter world, and usually justify it with the former. Life is unclear, ambiguous, so they impose an Order upon it. Although analysis of the former should convince them of the illogic of absolutes, they prefer their world of simple certainties.

The concept of the ANUS, or a form of naturalist nihilism, is a removal of the latter world and an embrace of the former, including its ambiguities. The world created by humans considers only the human perspective; something is needed that includes the whole. To get to this world, we have to first strip back the illusions we have and then look at what exists in the objective.

Our perception of this will be “subjective,” but to varying degrees. In the case of the best minds, enough of the objective will be understood, even if imperfectly, that it can be acted on for ongoing evolution and growth. This is natural in the finest sense of the word, meaning what is intuitive to those of high intelligence.

The latter world, which could be described as a socio-emotional construct, is comprised of our reactions to our world, which occur in the form of mental judgments. Death = bad, feces = disgusting, violence = bad. While death, violence and feces may have negative effects on our lives, we’ve confused the human perspective with the perspective of the whole.

Consider for example the mass murderer. Without ideology, or plan, he kills to feel the power of control over another (this same phenomenon can be observed in bosses, high school principals, and authority figures across America). If death is brought to the mass murderer, should we feel it is “bad”?

To obsess about his death would be to fixate ourselves on the isolated perspective of the human, and not to look at the whole, which is just fine without him and moving on, with someone of potentially better caliber taking his place. This concept shocks most people, because they are somewhat depressed and have low self-esteem, thus automatically assume that any competition or predation would eliminate them.

When the organization A.N.U.S. was formed, it was named after something you can’t mention in polite conversation: that we defecate, disgusting as it may seem, and that from defecation as much as consumption we derive life. Breathe in, breathe out: the CO2 you exhale is a poison, in enough concentration, but it’s a useful building block for plants. As is feces.

To recognize this nature of the ANUS, as being the “dark side” of the mouth, is to recognize life beyond the human perspective. This is the essence of nihilism, or a reduction of all value except the inherent and holistic. “Disgusting” is not important; the function of the world and the human body is.

Escaping absolutes in this way requires a good deal of thought and an inspirational symbol, something which will forever be “banned” in the sense that most people will find it repulsive in some way or another. Like punk bands, we named the organization for what is denied in the “real” world.

By naming that which can not be named, we break through the line between what is publically recognized by humans, and that which is reality as whole. Anuses, death, violence, predation and the fact (not opinion) that some humans are more intelligent, stronger, etc. than others are all threats to the human-only mental reality.

It doesn’t need to be a religious experience, but it usually is, to realize in any small or large part this awareness. It’s like a meta-sorting: suddenly you are given a tool to literally divide your world into real and not-real, and to discard the not-real. You can then focus on the real, and rebuild.

What is it to “rebuild”? First, you will need to replace the mental constructs which were supported by the unreal world. You have to reinvent your own ethics, and your values (preferences for one type of outcome over another). You have to reinvent your own sense of personal destiny and mission. It’s scary, like being alone for the first time on a strange street on the first cold night of winter.

But it’s also a sense of self-ownership. The hand that swung you is gone, and you are now both hammer and anvil. There are no barriers to the world as it is, and you know how it can be operated and have preferences that you have derived, using only your brain, which you hope to fulfill. Everything you earn and create is yours and yours alone.

The major questions of life still remain, at least initially. Why are we here? Is death as real as it seems? Does anything matter? You are approaching these as a nihilist, however, and so the confusion caused by an illusion and your reactions to it are eliminated. For this reason, you can observe the natural world and develop some working hypotheses.

Since any vision of reality only works insofar as it doesn’t run into contradiction, the human fantasy world requires finite, absolute answers to these questions for which there may be no immediate answers (or at least not answers we in human form are ready to perceive). Nihilism avoids contradiction by not creating symbolic answers to such questions.

This allows nihilism to avoid the problem of the modern world, namely passivity. When you generate an absolute and objective substitute reality, the process of thought in life goes from “what must I do to achieve” to “what must I do to not offend the Gods” (or analogues thereof). This psychology is responsible for the passivity of the modern time, which cannot admit outright disagreement or difference between people, and thus tries to norm them with religion, politics and social factors.

This in turn creates the environment where to talk about a fact of life, such as an anus, is “offensive” and therefore taboo. Society retaliates against those who cross the line between social illusion and reality.

When one takes the narrow bridge of nihilism, a perilous crossing in which the long fall into endless despair funneling toward death is present on both sides, one reaches a point where acceptance of this new philosophy is possible, and values can be reconstructed. Where the previous social illusion depends on forcing its values on the world (through passive means), the nihilist path involves accepting the world and working with its methods.

In this nihilism is far healthier, as one accepts the world as whole and nothing is offensive, or taboo, or shocking. This doesn’t mean that one blindly accepts destructive or stupid behaviors – in fact the contrary, a consequence of having an active and not passive philosophy – but it does mean that one is free from fearing things which would draw the social illusion into contradiction and thus shatter a worldview, and with it, a world as known.

ANUS promotes this bravery, as it involves leaving behind all that is familiar and venturing into a frightening world where there is no “follow this cycle and you will be OK until you die of old age”; there is error, and horror, and loss. Overcoming this separates the individual from the illusion of prejudgment and lets growth begin again.

Many of the most controversial aspects of this site begin at this point after acceptance of nihilism and traversal of the abyss created by the lack of inherent meaning, mainly because unlike modern passive views these controversial views are heroic. They advocate an order similar to the one observed existing, and cease to wish to change its fundamental tendencies.

The above are part of our belief system, described in detail here. It’s not left or right, or even in the current political spectrum. It isn’t an easy thing for someone steeped in the culture of modern free enterprise populist liberal democracy to accept. But we have to acknowledge that despite the shiny objects we have, and our wealth, our society is failing. Global warming, internal tension, lack of consensus and general decline in intelligence are killing it. When you strip aside social illusion, and make the passage through nihilism, both this fact and solutions to it become clear.

Why did you name it ‘ANUS’? | The election