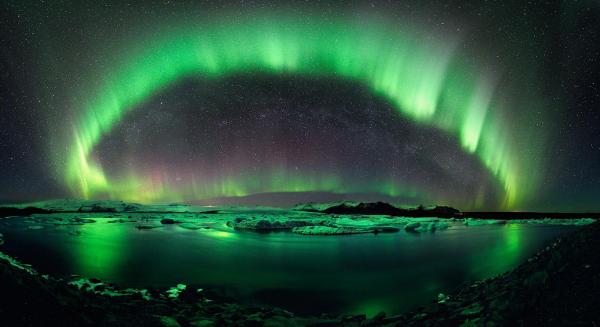 We’re used to science measuring us, deconstructing phenomena into material forms, and spitting out tightly symmetrical conclusions. Love is a chemical impulse, anger is a reaction of fear, the soul is a construct of personality and electrical impulses rattling down the dendritic antennae of our biological machine… but whether we cling to ignorance or to strength, many of us including our most “scientifically” (lisp it) educated maintain our belief in the soul. It is not our tendencies, nor our reflexes, nor even our abilities. It is that which urges us on to what is not required and what is not reproducible in the physical world; it is the seat of belief, of aspiration, of hope and of determination.

When we talk about weakness, we do not speak of the physical or of the mental ability, but how those abilities are forced into patterns of effectiveness; how they are organized by whatever controlling impulse comprises that which makes our decisions, what spurs us to act without a stimulus or material reward. The great question of philosophy is not training the rat to press a button for food, but why the rat might forsake food and neurochemical impulses for love, learning or a heroic act… weakness is a lack of power in the soul, a desire to reach this state above the material x=y. When we speak of people as weak, we mean they lack this power in their souls, and when food is thrown on the floor, they will rush to it and stuff it in their mouths… as they would with sex, money, and other pleasures.

The greatest among us have been qualified by their ability to forsake pleasure and comfort for intangible, not-yet-real ideas. Heroes could chuck it all, order up another round of beer and a woman of the night, and be perfectly comfortable far from the clash of swords with their wavering tips pointing both to death and life in undecided moments. Writers could set aside those pointless dreams, and content themselves spinning tales to amuse the groundlings. But they do not. They look over the pleasures available toward a concept forged in their souls, and then, even if slowly as glacial melt, they dedicate themselves to that proposition. They give up all that they could hold in their hands in order to strive for something uncertain.

Of course, in our modern logic, that’s crazy. If you’ve got a good thing going, milk it — make the money, take the woman, eat the food. Think about yourself and what you want, which is pleasure and comfort of course, because when you think only of yourself that’s all that is available to you. When you think beyond yourself, whether for the benefit of others or the greatness of an idea to all including those non-human (trees, for example), you have transcended the material plane, which we know is but a manifestation of the Idea that assembles and organizes it all. To transcend is to see past need and lack and to fly over positive and negative to see the whole, yin and yang collaborating, death and life conspiring, future and past combining, to render unto us this physical face to the invisible, the mysterious World Beyond, that force composed entirely of concept which through its calculations creates what we know as the real world. Is the world beyond a place? A dual world, as Heaven might be? Or is it a principle of a higher level of organization than what we know as physical reality, of the same world and unified at an inextricable level?

This is the hunting ground of the soul and the plain of nothingness on which heroes are forged, and creative genius birthed. It is here that you face the greatest challenges to bravery, as instead of facing only material consequences, you decide the direction of your life, which requires you to decide what you value. Aspire for the intangible, or settle for the tangible? Those who face this challenge and surmount it change on a fundamental level, become of clearer mind, higher stature, greater spiritual balance and greater strength of will and soul. If there is a ladder of karma, the step that falls on the rungs in order to climb them begins in this battleground of the spirit.

Our modern society denies this aspect to being. It is entirely a world of material effectiveness, and in that, pleases those who have shirked the approach of the spiritual plane. They are afraid. For that reason, they take refuge in both material dynamics and in something far queasier to those of strength, pity and guilt… both guilt and pity are means of control as deterministic as those of material manipulation. When you pity someone, you construe them as weaker and make them dependent on you for your gifts, at that same time making yourself feel more powerful; when you use guilt to manipulate, you are creating a bond as functional as a contract or cog in a machine, a material obligation translated into the psychic realm. Those who are afraid depend on these finite, tangible methods of living.

For those for whom life is a gift, and thus meant to be explored and taken delight in, these material constraints are a false humility and indeed, a selling cheaply of the self and a degradation of the soul. We wish to rise above the expectation that showing a human food produces a stimulus-response reaction in all cases… we wish to rise above control, manipulation, and its emotional counterparts in guilt and pity. These things fascinate us no more than a bowel movement, and indeed, less, since they are not as functional as defecation: they are unnecessary, especially to those who do not wish to waste their one and only life (systems of control invariably posit some form of immortality, whether actual or “in memory,” in order to make their victims give up on the importance and magic of life). Those whose souls are strong recognize the material as means to an end, and that end is life, but life is not a static thing like tangible goods or material reactions; it is a process, a span of time in which creativity and heroism can grow the limitless bounty of the imagination and of the desiring soul, and in that state of mind, cannot be constrained by the controlling, mechanical, manipulative and limiting.

In our souls, we will never consent to modern society. We may be defeated but never conquered. We will not bow before it and accept it as right, even if it may be stronger. And while we still live, there is hope; remember that even if all but a thousand of us are slaughtered, if those thousand keep this ascendant viewpoint, a new civilization as great if not greater than the past will arise. But only if such a mentality is kept, a care for the soul is more than for the tangible. To those who think, and can look past the fog of repeated illusion brought forth by media and social pressure alike, it is clear that our modern society is in its descent to self-cannibalization. Our fates are not tied to it, no matter how much it materially appears so. Those who believe in the soul will continue to create and discover, and in doing so, will survive the dying hulk and renew humanity with a more hopeful existence — one not based on what is here and now, but what can be, through the conduit of the wisdom and strength of our souls.