Most People Must Die 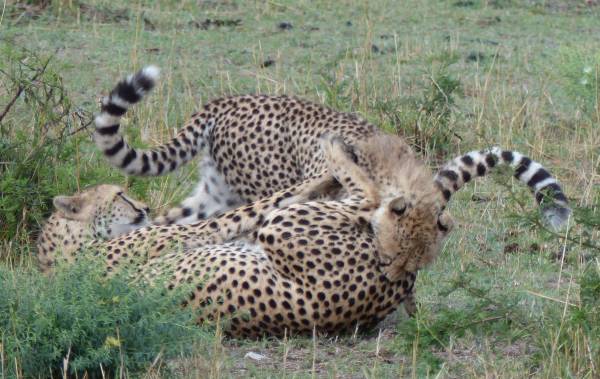 In our modern state of petrochemical power, life has become too easy. Were we a healthy species, we would recognize that most people must die, simply because they lack the ability and character to do anything sensible. Dozing once or twice a week at a traffic light, and having to hear the horns of drivers behind you to awake, press pedal to floor and zoom through, that’s forgivable. But what of those who never make it through the light, or worse, doze until only they can make it through, stranding others behind? There are too many of these, and not enough who are aware of the world around them.

Consider how much landfill we produce yearly because foolish people can be induced to purchase products of no real value. Last year, it was plastic fish that would sing “funny” songs when you pressed a button; funny for the first thirty times, anyway. After that, the entire object was destined for the trash or through some illusion of avoiding the trash, namely giving it to an organization for the poor. Tell me, what use do the impoverished have for a singing plastic fish that requires expensive batteries? Across the world, goodwill agencies hurled the damn things by the thousands into the trash.

So will it be for this year’s fad, the lighted Christmas figure or scene which is inflated by a fan with a bulb atop. What is so unique, so distinguishing, and so important about going to Wal-Mart and taking home the version of this toy that presumably matches your personality type? If I went to a public place and shouted out, “I also have $14.99 and a credit card and will exert my will through recombinant plastic goods,” people would consider me insane and cart me away to some state-funded benevolent agency which would supply me with Haldol for the rest of my days, but none seem to think twice about symbolically doing the same by bringing home the box and setting up the same type-of-thing their friends and neighbors also have.

Do we gain uniqueness by picking Santa Claus over Snoopy, or maybe if we’re very religious, a manger scene instead of a cartoon character? Undoubtedly, it is amusing, when considered a rare object, but when we realize that along the block every third home will have one, what is its value? By allowing people of this mindset to breed, we weaken our race, in addition to piling up mountains of frivolous landfill that has provided to its creator an easy source of income. Past ages had great leaders, and great poets, and great craftspeople, but in this age, we have millionaires produced by figuring out what morons will buy and supplying it to them. What kind of future exists in that?

Again, to the commercial metaphor: if you cannot figure out how to cook simple means, even those that can be achieved in ten minutes when steak comes wrapped in plastic and vegetables, frozen in plastic bags, there’s a vast array of food in boxes for you. Indeed, the biggest portion of our grocery stores is not food in its raw element, but pre-prepared, chemically-sterilized boxed foods that you can take home and heat in 3.5 minutes and serve to your low-IQ family. In the ages where you had to at least gather the vegetables, and slay a beast and start a fire to roast it, you had to have your wits about you or at least have the wit to enslave yourself to someone who did, but now, all you need is your $14.99 and credit card, and a microwave, and you and your brood of inferior beings can live happily on boxed food, at least until the preservatives bloom tumors in your veins, too late unfortunately to curtail your degenerate genetics.

Our vaunted “consumer” society, which brings you “freedom” and “lifestyle choices,” has eliminated all sense. The only barrier to purchase of anything, whether it be land or animals or plastic objects that last two weeks and are discarded, is money, and money is easily had since most jobs barely require an 85 IQ and, being designed for all of us “equally” to get along, require no common sense or the impetus required to survive a night in the forest alone. You can run to Wal-Mart and buy all the plastic you can have on credit, and when you take it home and find out that it is inferior versions of better products made cheaply so you can be “equal” in having a salad shooter like your wealthier neighbors, too, throw it out. You can purchase a dog and when it soils your rug, turn it out of doors, and no one will say anything but, numbly, “Well, it’s his right.”

We’re breeding a society of subhuman retards, and what’s worse, we’ve made it an exiling offense to even mention this. You can’t fire someone for the reason “so-and-so is dumber than a sandwich”; you have to navigate an elaborate maze designed to enforce “equality” of such tedium that at some point, it’s easier to hand the subtard a meaningless task and send him to a corner, writing off his salary as a loss. And before the small minds among you take this as a racial argument, it is not; many of you lily-white skins would stain my blade thirsting for justice, and no plea to kinship would stir me; you’re bred wrong, and bred stupid, and for the justice of all nature, I’d kill you. This isn’t to say that the races are “equal,” or should live together in a “multicultural” society; both are obvious social illusions, and while what’s most important is breeding better people, each race should have its own space for, if nothing else, diversity in having different populations to visit when we get sick of our own (even the English should be spared, although it pains me to type that, as no more masturbatorily self-congratulary race of self-righteous pricks exists except those bred of empire and protestantism and conveniently simplistic industry in England).

That some are bred retards, and others given intelligence through good breeding, of course, creates the elemental strife in society to which the submissive reply with cries of “We must establish equality!” (democrats) and to which the vicious reply with “We must gain wealth and rise above the mass!” (republicans). No society exists in this state for too long, as it is divided among itself, but like all subtle diseases it takes time to grow and eventually overwhelms said society in mediocrity, which offends only those who can do better. And at that point, it’s too late: the subtards so far outnumber those with any brain that stupidity will triumph, not caring for its own losses, while those who would save their lives for a better purpose die in the onslaught.

Now, what to do about this? The solutions are simpler than one thinks. First, we must rid ourselves of any laws that say you cannot fire someone for any reason, and eliminate likewise all laws that ban discrimination against the stupid. Next, we must pass legislation exempting companies from many types of liability; you no longer will have to write “do not look down barrel and pull trigger” on shotguns, or “do not eat” on silica packets designed to prevent electronics from drying out. Finally, since governmental solutions for weeding out the weak always end in tyranny, we should allow local communities to exile stupid people and, thus having fewer people producing the same income, redistribute tax benefit to their people.

Undoubtedly, the democrats will wail “that’s dis-crim-in-nation” and the republicans will complain about the lack of cheap labor and moronic consumers to buy their worthless plastic, but the next generations will be bred smarter and will, as a result, have better values and build a less brain-dead and boring, functional, utilitarian society. To do this is to accept that we’re in the driver’s seat of our own destiny, and to move forward; to deny it is to be napping at the most important traffic light of all.

What about Homosexuality? | Interpretation vs Objective Reality in Art