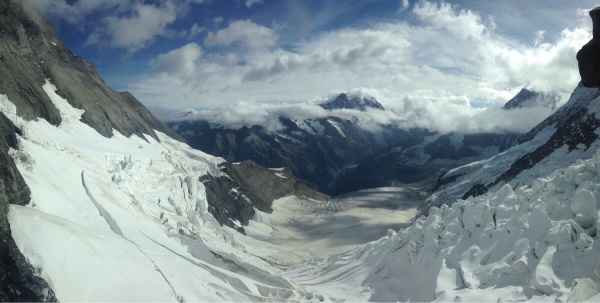 There’s a difference between being your own person and being obsessed with yourself. I was unfortunate enough to witness a debate in my favorite coffee shop between several groups of people, and was reminded again how this world is divided into leaders, and then followers, with the latter subdividing into outright submitters (follow the dominant paradigm) and self-style “iconoclasts” who derive their identity and self-worth from being “different” in appearance while bleatingly repeating the same silly ideas.

The latter will tell you until their dying breath that “being your own person” equals being obsessed with yourself; they talk a good game about how everyone is wrong, and only they and others of a certain elect have the truth, but their basic message is this: repeat the right ideas, and be “different” and “unique” in your lifestyle, and you’re one of the right ones and everyone else is wrong. Their message is identical to that of the corporations they detest and the Republicans they loathe: show up, sign up for some idea, and then keep being selfish and somehow you’re an “individualist.”

Whatever. I say this not with a sense of acceptance, but in the knowledge that followers pretending to be leaders always blurt out the same nonsense message, which is that we can all be included if we just repeat the same thing. Because their modus operandi is that of a follower, their message is follower-friendly. They are telling you that what is most important is your own comfort and your personal drama, regardless of what is true or a higher ideal that just being a sheep. The message of crowds everywhere is that each of us is our own little world, and that no one should take that from us, so we should band together and start preaching about how we must protect these little worlds regardless of the effect of detaching ourselves from reality.

Resistance to the organized mass can be effected only by the man who is as well organized in his individuality as the mass itself.
— C.G. Jung, The Undiscovered Self (1957)

Really, that’s what it is. Whether you’re a Bush-can-do-no-wrong sheep or a beret-wearing iconoclast who’s the only person in the world unique enough to prefer horse semen in your mocha java, their belief is that we should all exist as inviolable sacred personal worlds and be obsessed with ourselves. Damn reality! Go deeper into being You, be a God unto yourself, and find meaning in life in your conflicts, your fears, your clothing and product preferences and the expanding cult of You. If all of us together demand this same thing, we can all be “individuals,” together!

The scene queens like to think that having the world’s most diverse CD collection, the right combination of thrift shop clothing that no one else has, and a “unique” take on the world through a “different” sequence of popular thoughts is the way to be an individualist. These people fundamentally hate the order of nature, in which those who adapt best to reality are rewarded, and want to replace it with an order where those who are the most popular are rewarded. And we all know how easy popularity is. Make yourself into a product that’s distinctive from others, then dress up the same old line in a new way, and tell people that they can be as cool as you for repeating what you’ve said or done or how you’ve dressed, and you’ll be popular. Even if what you’re preaching is “iconoclastic” and against the grain, it’s basically the same old line.

I call this Crowdism, because it rewards followers disguised as leaders, and excludes real leaders. Its message is that you can get ahead in life through appearance, and not through discipline or by doing anything of real importance. Whether you’re the local scene queen at the coffee shop, or the guy who repeats exactly what he reads from government news sources, it’s the same psychology. Don’t go inward; go outward. Be part of the crowd, but in order to do that, you must be “unique.” Those who like our government claim they do so because it gives them the best chance to pursue their personal lifestyle, where those who hate our government do so because they feel it oppresses their uniqueness. These people have no philosophical statement, because their only idea is that they want to worship themselves, and they make up 98.6% of our population.

The only way to be your own person is to go inward and to find out what you value. No amount of external “rights” or the ability to be dramatic with your CD collection and mocha java can do this for you. Tackle your own fears, get better at doing whatever you love, and most of all, stop being a world unto yourself and reconnect to reality. Make changes where change is good, and don’t try to define yourself by external things where no change is needed; simply appreciate them. You don’t need a forest that’s unique because it has pink cacti growing next to evergreens; you need to discipline your spirit and soul to appreciate the genius of the forest as it is. No amount of external reconfiguration can do that for you.