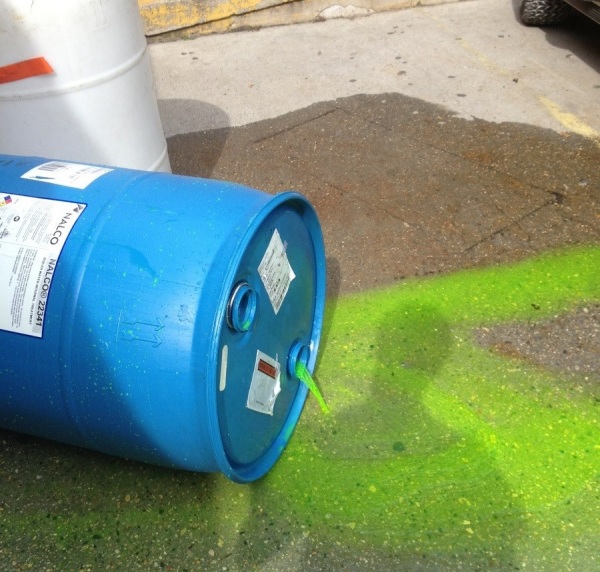 Staring Down an Icon

I noticed something today among the holiday decorations being thrown out. It was a floral arrangement with evergreen and these weird red apples, quite small, on stiff wire. On closer inspection, they turned out to be plastic, and having melted a bit in the heat next to the stove, were in fact losing their outer plastic skin. The red plastic skin had bunched, leaving ugly veins across the surface as if the apples were decaying.

I peeled. Underneath the skin was styrofoam, and a green plastic “leaf” concealing the stiff wire used to stab them into the foam center of the piece. I thought for a moment: this decoration, bought for $0.75 and used for three or four days of holiday “cheer,” is now waste that will never compost into fertile soil like a real apple. A real apple will rot, stink, and vanish within weeks, leaving behind either happy plants and animals or those and a new apple tree-in-training.

It will decompose into toxic byproducts and stick around for a few dozen of my lifetimes, then become some kind of oily sludge staining the ground where it lay. That is assuming it doesn’t sit in near perfect stasis in a landfill for a few thousand years, which is most likely. When I throw this thing out, since no one knows how to recycle it, it gets crushed into junk by a passing garbage truck and thrown into the big landfill north of town, where they’re burying trash seventy feet deep and covering it with clay. Should keep it better than a museum for whatever visiting aliens conduct a postmortem on humanity.

Looking at this thing, this fake apple that designed to be appealing ending up grotesque, brought on that vague form of depression that comes with tolerating broken-ness around oneself. Dysfunction in the self is depressing, but at least the solution is straightforward; if you’re fat, stop eating so much and go for a walk. If you’re lonely, do something, even casual crime, that helps you meet people. If you’re dying, think positive so your last days aren’t all bad. But when confronting a piece of trash whose existence is owed to the decisions of those around you? It will depress.

Why do we, as humans, make these things (disposable ornamental plastic reproductions of natural objects), when they have one sorta-good consequence and many bad ones? I suppose it’s not fair to say they should be banned, because I will ruin someone’s livelihood and possibly shatter their dreams, but when the consequences are this bad and unnecessary, maybe it is better to shatter dreams than to tolerate destructive ideas. After all, we take them into our hearts, and we become depressed by the knowledge that we’re passing along this destructive buck and powerless to remove it.

As I contemplate the object, I see all the reasons for its use: it is cheap, it doesn’t rot, it is brightly-colored, and any idiot can recognize what it is because it’s an idealized design, not one marred by worms or misshapen or not the ruby red that screams “this is an apple!” to even the totally braindead. And then I wonder about the one good reason for not having it, which is that it depresses us to know we are so destructive, and leave the world in worse condition than we encountered it. Banning plastic waste would remove some jobs, would shatter some dreams, and might cause inconvenience, but wouldn’t it be better to have healthier… souls?

We All Want to Live in Texas

One fundamental truth that I encounter as I get older is that we humans are like turtles. We like having our comfortable shells, but we’re always craning our necks to get out of them, to see what’s on the other side. We suffer for being too clever. We find out what hurts or kills, and we in our big-brained wisdom can keep it away, but then we wonder if we’re missing anything, like Rapunzel in a tower made of red plastic-styrofoam apples melting together into impenetrable goo. She can’t even let down her hair, because she’s not insured against falls.

Our society keeps us apart from nature. I can, if I so choose, live my life so I never have to see a snake or encounter a mosquito. I’ll get that downtown apartment, keep the air conditioning running, and when I go on vacation, go to another city. I can structure my life so that I never see more than four trees at once, and my deepest experience of nature is that downtown park that’s more landscaping to avoid leaving dark recesses where rapes can happen than it is “nature,” whatever that is.

But from inside that turtle-shell, unless I’m totally brain-dead (maybe the TV breaks for a week, and my brain freed of propaganda seeks answers), I’m going to wonder about my world. It’s natural for any thinking being to wonder, because those thinkers that do not wonder are basically limited to repetition of past impetus. They cannot create a need for a new direction by dreaming and wondering. It is probably the intellectual equivalent of being a kitchen blender or washing machine.

When you go to places far away, and talk to people as best you can, usually because they speak your language because it is associated with commerce (and you blame the Jews for money-culture, when all money speaks English these days), you will see through what lens the world views your homeland. Generally, responses to Americans are hesitant; people are somehow aware that the wrong comment might bring bombers and an army of yahoos hellbent on killing for democracy to their doors. They loosen up a bit when you say “Texas,” and then you see it — just for a moment, a fragment of a glimpse — that far-off look in their eyes, like remembering a dream.

They’re dreaming of Westerns, and old-time tales. They’re dreaming of homesteads in lands unexplored, lands without law, and loves so eternal that two people might face the wilderness together. They’re dreaming of how Texas used to be, and an image it retains, not through reality but through the power of our wishes. We want Texas, and Australia and other romanticized places, to be this way forever. We want that frontier, that lack of law and safety regulations on every single thing you pick up, that sense of indefinition. We want the adventure. Outside the shell, it might be there — but we’re too scientific, too practical and too used to Microsoft Excel spreadsheets to take that tradeoff, so it remains a far-off dreamy look, and then is replaced by that normal “snapped back to attention” gaze we use in conversation and staff meetings.

We all want to live in Texas — that old Texas. At least, some part of us does. It’s so romantic, human against wilderness, or maybe in concert with it by struggling against it, since everything struggles a little bit in nature against nature to survive. Even the lowly fungus would cease to exist if it didn’t thrust back against the forces that from gravity to the trampling feet of mice (herds, when you’re .5mm tall) tried to beat it back. And so it is with our vision of Texas: that homestead on the prairie where a wild-haired woman takes the hand of her powder-burned man at the end of the day, and they look out over their meagre homestead, full of dreams of its growth and their own. They know this lawless land will possess them, even kill them, but there’s this sense of a power in doing what they do, in thrusting themselves forward against the resistance and making something of it, even not minding its imperfect — like a sense of meaning in the lexicon where a struggle returns a feeling of accomplishment.

That’s the Texas we want, and that we keep in our hearts, even those of us who live here. It’s what is missing from modern society, where we have idealized symbolic apples instead of the real partially-rotted malformed and often blurrily colored thing. It’s not nature we want, it’s not danger, it’s not even the space and “freedom” of that open range. It’s the challenge. It’s the fear, and the beating it back day after day. It’s the conquering of doubt, the whole world against us as we and the beloved head off to the homestead. It’s the shaking of our fist in those sagely nodded heads and murmured voices under conservative beards that say, “You won’t make it that far from civilization — one season, at the outside.”

We don’t want to fight cougars, but we would. We’re not doing it to shoot back at raiding war parties. We’re not enamored of outhouses, or sweating through a fever without penicillin. No doubt it’s easier the way we do things now. And more comfortable. Less risk. But what’s missing, in our lives and in all of modern society, is that we only see the end-product, the tangible and material and human(ist), but we’ve left out the experience of life. That experience includes taking something on and making it work, or dying in the process, knowing we’re not cowards in our turtle-shells. That’s what Texas is, as a symbol of our hearts quite different from an idealized plastic apple, and Texas is the antidote to every one of the fears we’re too practical to voice.

Bullfight | To reign in hell