How to Become Your Parents 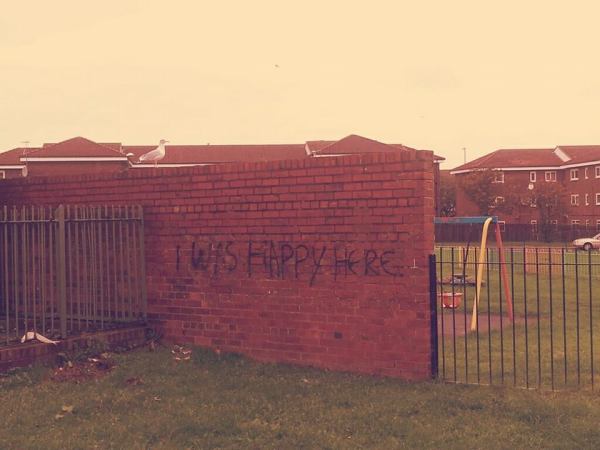 We all know what it is that makes our parents so distinctive: adults are more beaten down than children because they’ve seen more frustration and hence, written off more avenues of approach in life. We’re all familiar with the sayings they have. Don’t fight it, go with the flow, it’s just how things are. Don’t resist, give up, go along, in other words. For this reason, most people have a nagging fear of being “conformist” like their parents.

What your parents are, more than anything else, is practical. They’ve set aside a few things they can control and written off the rest, knowing – if they’re smart – intuitively that things such as democracy, free enterprise, etc. are covers for the vast ongoing kleptocracy of modern government. They no longer have time for ideals because in their experience, every ideal gets dragged down into the same old thing. You can avoid this, if you want to, but it requires thinking outside of what is commonly accepted as an ideal.

It used to be (1960s) that the way to become your parents was to be conservative. If your only values were earning money and going to church, by god, you’d be a parent in no time at all. The reason for this is that conservatism was where the sheep hid back then, because it was the safest ideology. Now the sheep have found an even safer ideology, and that’s liberalism, in all of its covert forms – including what passes for “conservatism” today.

The core of liberalism is class warfare, or the ongoing desire to lift up those who are impoverished or oppressed so that there can be social equality. Liberal ideologies from Communism to the Democratic Party to Anarchists to what passes for “Greens” all share this basic thrust. Their fundamental idea is that if we make everyone happy, there will be no strife, and if there’s no strife, we will not be personally endangered. And that’s where liberal thought ends. It doesn’t go on to consider what might make a life meaningful, or make living in a society positive. But it’s a perfect ideology for getting along with people.

Think about it. If you encounter people working on your house, bums in the street, impoverished oppressed AIDS patients, etc. you can tell them you’re on their side. You believe everyone should have what you do, and as a token of that, you’ll hand them a small gift and send them on their way. It’s a combination of pacifism, or refusing to fight for what must be done because someone might get hurt, and pity, or finding a way to make others seem puny by giving them things and thus affirming the roles of you as powerful giver and them as weaker receiver. For whatever reason, because it refuses to assert that some ideas are worth fighting for over others, and because it refuses to acknowledge that not all people are equal in ability, liberalism is a very popular belief, even when hidden in a conservative skin in the style of George W. Bush and Ronald Reagan.

However, remember the old adage: the road to hell is paved with good intentions. Liberalism, as good intentions, creates disorder out of society by, instead of putting effort into the growing areas of society, e.g. its excellent people, putting energy into those who are going nowhere and removing any external pressure for them to rise up out of a state of failure. Since liberalism is one of those beliefs composed of moral/ideological projections instead of adaptations to reality, it also puts everyone in spacy cloud-nine fantasyland, where they dream on about how good they are and how the poor are being helped while what they should be focusing on – society as a whole – goes into the toilet. But no one ever got fired for adopting a liberal idea, because if you don’t stamp it with allegiance to a certain party (red star), the basic concepts are socially inoffensive. “Sure, I accept every person as my brother or sister.”

Liberalism is in fact no different from the conservative Christianity which was the bedrock of conservatism in the 1950s. We fight the Soviets because they don’t have “freedom,” so what we’re doing is morally right. Now we fight “racists” for the same reason, not thinking that perhaps there is no end to this war. But let me share with you a little secret: whether we call it Christianity, or liberalism, or pluralism, or humanism, the simplest way to become a beaten down and submissive droid like your parents is to adopt this viewpoint. The secret is that out of all the beliefs you can potentially adopt, almost all are derived from liberalism, and therefore, basically the same.

Be a hippie or a Republican, an anarchist or a Green, a Libertarian or a Communist. It doesn’t matter. You’re still upholding the same basic broken belief system that originates in the Jewish idea that morality should preserve the individual at all costs, and avoid personal sacrifice; this is in dramatic contrast to the Indo-Aryan ideal that ideals should be upheld at all costs, as they are the basis of structure in our lives. No matter how much you rebel, with Che Guevara posters on your walls and emo in the CD player, you’re still acting through the same tired drama that has torn down every civilization, which is a progressive distancing from reality and regression into the individual.

This type of thinking makes it easy to be beaten down. You can’t have any strong opinions, because that would offend someone, and therefore be not only un-liberal but bad for business. You can’t desire any change outside that mythological beast known as your “personal life,” because that might conflict with someone else’s desires – no matter how insane – and thus cause offense and loss of business. Finally, you can’t ever suggest that the way we do things – liberalism – is in error, because it’s clearly a “good” thing and also a socially-accepted one. Keep these ideas in your head, and soon it won’t be worth fighting and you’ll give in to the flow. You will have become your parents.

Radical Traditionalism and Nihilism | What’s It Worth?